Patients in the Cohen Foundation NICCU as part of Children's Hospital Los Angele's Fetal Neonatal Institute have direct access to a wide range of pediatric medical and surgical subspecialists and ancillary services that allow treatment across the full range of neonatal diseases.

The most challenging neonatal disease conditions are transported to us for care from neonatal intensive care units throughout the greater Los Angeles metropolitan area, Southern California and other states such as Nevada, Arizona and Hawaii. The patients are brought by ambulance, helicopter and fixed-wing aircraft. Examples of the complex cases transported to us include:

Extracorporeal membrane oxygenation as the only remaining life-saving treatment modality, is provided for the most critically ill neonates in this NICCU. We run one of the largest ECMO programs in California.

Treatment of neonates with this level of complexity and disease severity can only be performed at an institution like Children's Hospital Los Angeles, where the intellectual, medical, nursing, ancillary and general institutional infrastructure and multidisciplinary representation are available to support the needs of these tiny patients with extremely complex medical and surgical conditions. The NICCU is equipped with the latest technology and the newest treatment modalities to provide the highest level of neonatal intensive care possible.

The Cohen Foundation NICCU is a designated California Children's Services Regional Center and is affiliated with the Keck School of Medicine of the University of Southern California. The NICCU at Children's Hospital is the recipient of the 2014 ICU Design Citation Award, which is co-sponsored by the Society of Critical Care Medicine, American Association of Critical Care Nurses and the American Institute of Architects Academy on Architecture for Health.

Our neonatologist attendings are board-certified, paneled California Children's Services providers. In addition to providing state-of-the art clinical care, the faculty are nationally and internationally recognized for their involvement in basic, translational and clinical research and medical student, pediatric resident and neonatal-perinatal fellow training. 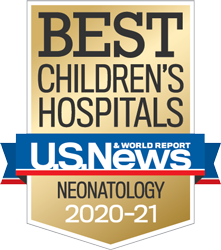 The Fetal and Neonatal Institute is nationally recognized for exceptional, groundbreaking care for babies and their mothers.

The quality of services of the NICCU is generously supported by the Steven & Alexandra Cohen Foundation.

The Cohen Foundation NICCU utilizes the around-the-clock services of an integrated team of specialists that provides comprehensive diagnostic and therapeutic services ranging from noninvasive procedures to complex surgical techniques.

To Develop the Next Generation of Scientists—Mentoring Matters

Born With a Hole in Her Diaphragm, Magnolia Hope Is Thriving 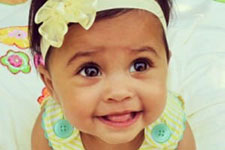 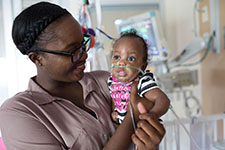 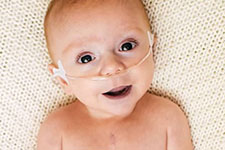 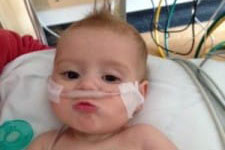