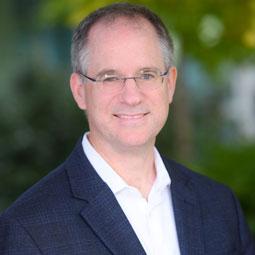 When he came to CHLA in 2004, Dr. Menteer was the first specialty-trained transplant cardiologist to join the hospital’s Division of Cardiology, where he quickly implemented exceptional standards of care and clinical innovations. In 2007, he founded the Cardiomyopathy and Heart Failure Program, and he has served as Medical Director of the Heart Transplant Program and the Mechanical Cardiac Support Program since that time, leading the teams’ growth while maintaining an incredible three-year survival rate of 100% for transplant recipients. Dr. Menteer has led other aspects of development of the Heart Institute at CHLA, serving as the first Director of Cardiac Inpatient Services and the first Director of the Cardiac Step-Down Unit. During his tenure, the Heart Institute has evolved from an unranked program into one of the top three pediatric heart programs nationwide according to U.S. News & World Report.

Dr. Menteer joined CHLA’s medical staff leadership in 2015, and in 2021, he became President and Chief of the Medical Staff, overseeing the quality of care at CHLA for more than 1,300 providers. He has been recognized as a leader in his field by the United Network of Organ Sharing (UNOS), in which he serves as the Western regional representative for both adult and pediatric heart transplantation. He was also recently selected as President-elect of UNOS’s Heart Committee.

Dr. Menteer is active in clinical research, contributing to studies of patients with single ventricle cardiac anomalies, pediatric heart failure drug trials, studies of brain changes in chronic heart failure and trials of the Berlin Heart ventricular assist device. He is currently using a new technology to image human leukocyte antigen (HLA) expression in heart biopsy specimens, which may lead to improved understanding of the mechanisms of rejection in transplanted hearts.

Dr. Menteer earned his bachelor’s degree from the University of California, Berkeley, and his medical degree from Washington University School of Medicine. He completed his pediatric residency at Massachusetts General Hospital and Harvard Medical School, followed by a fellowship in pediatric cardiology at Children’s Hospital of Philadelphia and an advanced fellowship in transplant cardiology and heart failure at the University of Pennsylvania.

In 2019, Dr. Menteer was recognized with the Hope with Hazel award from the St. Baldrick’s Foundation for his treatment of children who experienced heart failure after chemotherapy. He is the first pediatric cardiologist to be a Fellow of the Heart Failure Society of America. Most recently, Dr. Menteer received the 2022 Washington University School of Medicine Alumni Achievement Award on the 25th anniversary of his commencement.

Two Girls Named Genesis and the Day They Got New Hearts

After Years on Dialysis, Ethan Is Running Free