After Years on Dialysis, Ethan Is Running Free 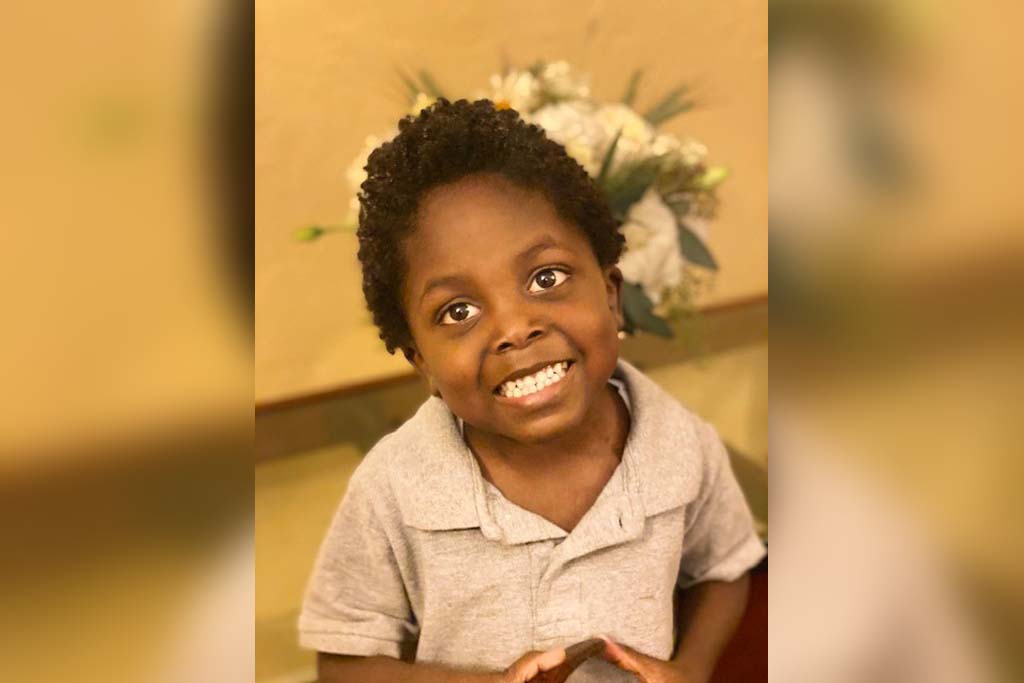 Cancer. Kidney failure. Heart failure. None of it could keep Ethan down—especially with Children’s Hospital Los Angeles on his side.

“When he was done with dialysis, he would jump out of bed and go running out of the unit, all happy,” says his nephrologist, Rachel Lestz, MD, laughing. “He had this amazing energy.”

Never mind that Ethan had to start dialysis when he was just 2 years old. And that on top of having both his kidneys removed, he had heart failure. And before all that, he had cancer. In fact, when he first began dialysis treatments, he was also undergoing chemotherapy.

Nope, none of those obstacles could derail Ethan’s larger-than-life personality.

“He’s always been such a happy child,” says his mom, Sherley. “He’s so upbeat. I think only once or twice did he ever ask me, ‘Mom, why did this happen to me? Why did my kidneys fail?’” 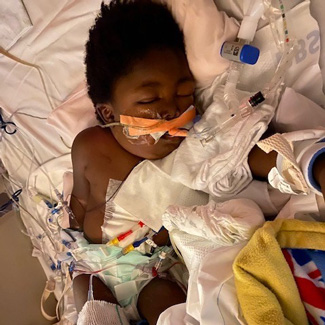 It all started at bath time on a Thursday night—March 9, 2017. That’s when Sherley noticed a large lump on 2-year-old Ethan’s abdomen.

That’s weird, she thought. She hadn’t seen the lump that morning, or the day before.

“Does it hurt?” she quizzed him. “Did you fall at day care?”

The answers were all no. The next morning, Sherley called the pediatrician and made an appointment for that evening, after work. There, Ethan received an X-ray and an ultrasound of his abdomen. Sherley took one look at the doctor and nurse practitioner and knew something was wrong.

By 10 p.m., Sherley and Everton, Ethan’s dad, were admitting their son to a nearby hospital. After a CT scan over the weekend and a biopsy on Monday, the diagnosis was in: Ethan had cancer.

Specifically, he had Wilms tumor, the most common type of kidney cancer in children. Most patients are diagnosed between the ages of 1 and 4—and the tumors are often quite large. Ethan’s was as big as a cantaloupe. He quickly began treatment at the hospital where he was diagnosed. The mass on his right kidney had ruptured and had to be removed. He also began chemotherapy and radiation.

But Sherley knew of another hospital that was dedicated to caring for kids, especially ones with complex diagnoses—and she was soon able to transfer her son to Children’s Hospital Los Angeles.

“CHLA is a specialty hospital. They’re ranked high for a reason,” Sherley says. “I knew this was the best place for him to be.” 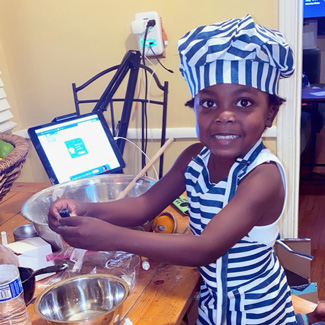 At Children’s Hospital Los Angeles, Ethan was under the care of both Leo Mascarenhas, MD, MS, Deputy Director of the Cancer and Blood Disease Institute, and Carl Grushkin, MD, Chief of the Division of Nephrology.

Wilms tumor typically has survival rates of over 90%. In many cases, the tumor only affects one kidney, and treatment involves removal of that kidney and chemotherapy. But in Ethan’s case, a congenital condition put him at high risk for having a Wilms tumor on his other kidney, too. As it turned out, his left kidney soon began to fail.

“Unfortunately, because of his underlying genetic condition, his remaining kidney became completely damaged, leaving him with no kidney function,” says Dr. Mascarenhas.

“We would give him chemotherapy soon after he finished a dialysis session,” says Dr. Mascarenhas. “That gave the chemo some time to dwell in his body and do its job. He handled his oncology treatment very well.”

But one day at the end of August, Ethan’s breathing became raspy and his heart was racing. His parents rushed him to Children’s Hospital, and he was admitted to the Pediatric Intensive Care (PICU). Ethan’s kidney failure had now led to heart failure.

Watching her normally happy 3-year-old—the same boy who eagerly requested Legos and “Elephant and Piggie” books at his dialysis sessions—hooked up to so many machines scared her more than anything else had.

“I had been pretty calm prior to that,” Sherley says. “That was the first time I felt, oh my God, I don’t know if he’s going to make it.”

Doctors were able to stabilize Ethan’s heart failure. The good news was, the heart failure was expected to resolve after he received a kidney transplant. But even though he finished his chemotherapy in September 2017 and had his second kidney removed two months later, Ethan wasn’t yet eligible for a transplant. He would have to be cancer-free for two years first.

“There are some children who can’t tolerate additional fluid in their body between treatments, and because Ethan didn’t have any kidneys, he didn’t make any urine,” explains Dr. Lestz, Medical Director of Pediatric Kidney Transplantation at CHLA. “Those patients often end up needing more frequent dialysis.”

Finally, by September 2019, Ethan was eligible for a transplant. But there was yet another obstacle.

“Ethan is a blood type B, and that’s the least common blood type in the population,” Dr. Lestz says. “Our patients who are type B tend to wait the longest for transplants.”

Ethan waited for another 14 months. By then he was 6 years old; he had been on dialysis for more than half of his life. So, when Sherley and Everton got the call on Nov. 13, 2020, about a potential kidney for him, they held their breath.

It wasn’t until Ethan had been wheeled into the operating room that Sherley finally exhaled. It was 11:15 p.m., but she picked up her phone and began calling her closest friends and family. 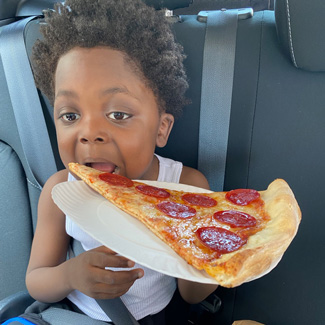 Ethan has big plans for when he grows up. He loves to cook, so he wants to be a chef and own a restaurant. He also wants to be a surgeon—so he can help other kids like his doctors helped him.

He has some time to figure it out. Now 7, Ethan just started second grade. He still loves Legos, as well as playing video games and watching TikTok videos about the importance of being kind to people.

His transplant was a success. Although he initially had a slower recovery (surgeons also had to re-align his intestines, which were abnormally twisted), he’s now doing great. His heart failure has resolved, and his new kidney is working beautifully.

In June, Ethan took his first airplane ride—a two-week trip to New York City to see his grandparents. He wants to take swimming lessons soon—something he could never do with his dialysis line. And he can eat anything he wants, including his favorite food: pizza.

His parents are extremely grateful to Ethan’s kidney donor and to everyone at Children’s Hospital Los Angeles who has helped take care of their son. Sherley is also thankful for her coworkers, who have cheered Ethan on from day one.

“I loved how he was treated at CHLA and the level of care from all his providers. I was particularly amazed by the PICU nurses,” Sherley says. “Even though I work at the hospital, you don’t really understand the magnitude of what goes on here until you’ve actually gone through it.”

Although Ethan has had his new kidney for just under a year, his pre-transplant life “feels like a long time ago now,” she adds.

“It’s like when you have a baby and you don’t even remember the pain anymore,” she says. “Sometimes I’m like, how did we get through this? But we did! We made it.”