Checking Up on Genesis a Year After Her Heart Transplant 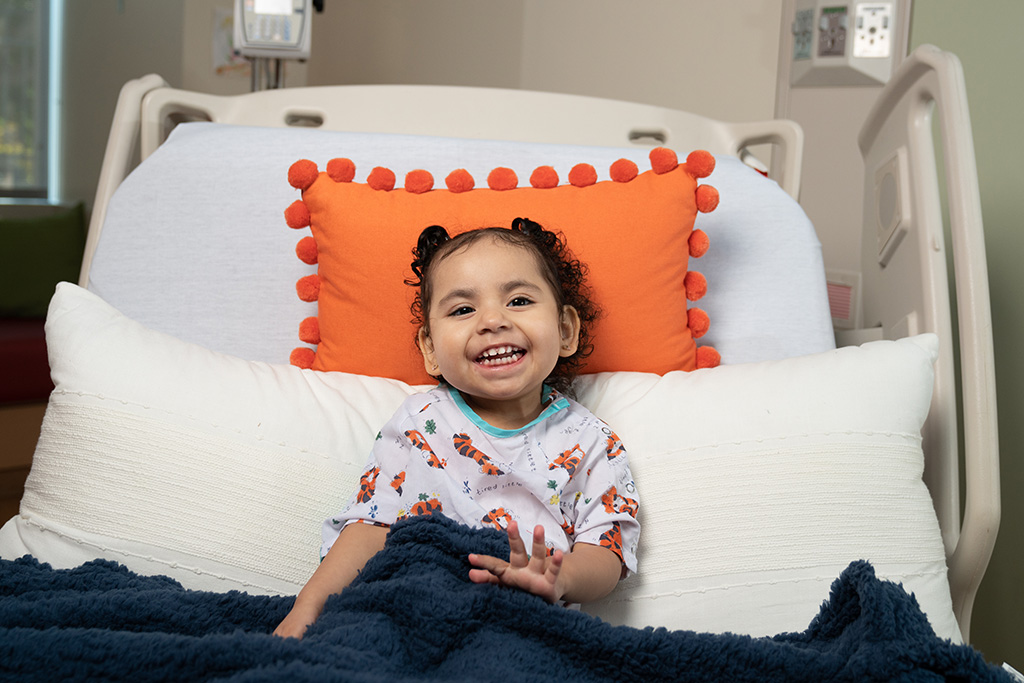 The 2-year-old recently passed a major milestone, and her mother reports she is happy and thriving.

A year out from her daughter’s heart transplant, Lilian calls the whole experience a victory, even if she knows it can’t be considered over. “I do think about it a lot,” she says. “Like, wow, Genesis went through this. It’s amazing how she survived it.”

At the start, Lilian never suspected it would turn into this. Born in April 2020, Genesis appeared perfectly healthy until at her routine 6-month checkup, her pediatrician heard an abnormal heart rhythm. She diagnosed Genesis with a heart murmur and referred Lilian to a cardiologist at Children’s Hospital Los Angeles.

The ensuing appointment in December 2020 revealed the seriousness of Genesis’ condition. Her heart was failing, incapacitated by a disease called cardiomyopathy that causes the heart to enlarge and lose its ability to pump blood out to the body. She was admitted to the hospital’s Cardiothoracic Intensive Care Unit that day.

“I just couldn’t wrap my head around it because to me she seemed completely fine,” Lilian says. “She was smiling and laughing. She didn’t look sick.”

“Imagine your heart is a tennis ball and you need to pump 2 ounces of blood every time you squeeze it,” Dr. Menteer says. “To do this, you have to squeeze most of the contents out. In dilated cardiomyopathy, your heart gets weaker and it can’t pump anything out, so it starts filling with more and more blood and gets bigger. The heart ends up becoming more like a basketball. By the time people need a heart transplant, their heart is gigantic. It’s struggling to pump just a little bit of blood.” 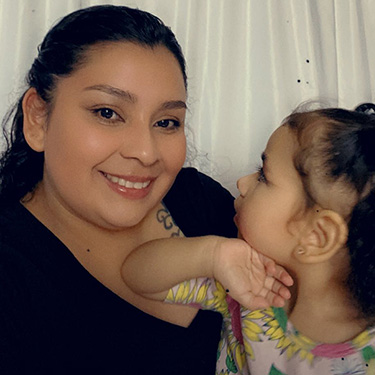 Genesis with her mom, Lilian

Genesis’ heart was so sick that for her to survive until a donor was found, doctors had to implant a left ventricular assist device, or LVAD, in her chest to keep her blood pumping. The device passes blood from the left ventricle directly into the aorta, the artery that sends blood throughout the body. With the LVAD installed to keep her heart going during the wait for a new organ, Genesis experienced two strokes.

“Strokes are one of the most common and feared complications with any ventricular assist device," says Molly Weisert, MD, one of several CHLA cardiologists who have participated in Genesis’ care. "You’re introducing foreign material into the heart and into the bloodstream, and so any time there is a plastic material blood is exposed to, it tries to form a clot on it.”

“Nothing prepares you to see your child totally reliant on a machine for survival,” Lilian says.

She would have to endure it for seven months, until early August 2021, when a suitable donor heart for Genesis became available. Within 24 hours, the organ reached CHLA and was sewed into Genesis’ chest, where if things continue to go as well as they have since the surgery, it will stay as Genesis moves forward in life.

This August, she passed a critical one-year checkpoint post-transplant. The milestone was met by a procedure, during which another cardiologist on her care team, Jennifer Su, MD, trimmed off a small piece of tissue from her new heart to look for any sign that Genesis’ immune system was “rejecting” it, meaning attacking the organ that it senses came from an outside source.

“When the body does that,” Dr. Su says, “it would cause heart failure—dilation like what we saw the first time—and ultimately death if not treated.”

Thankfully, Genesis’ tissue sample was healthy, so now doctors can start stretching out the time between her visits to the clinic for blood work and imaging scans to monitor the condition of her heart.

“We’ll see her every two months for a few times, and then if Lillian and Genesis feel comfortable,” Dr. Su says, “we’ll probably end up spacing them out even further to once every three months.”

Genesis will have her heart tissue biopsied annually to check for rejection, but so far there is no indication of it. Dr. Su says the blood vessels that feed the heart, the coronary arteries, also look good. Damage to those arteries can occur over time, creating another reason for the new heart to fail. “They were completely normal looking, which is what we want to see.” 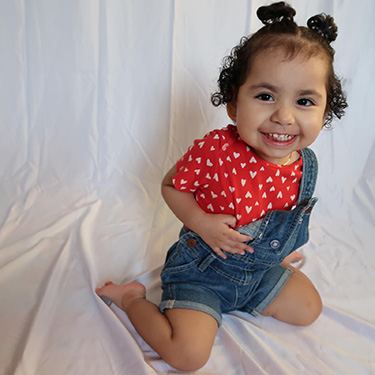 As she grows up, if she stays dedicated to taking her medication, doctors say Genesis can enjoy a fairly normal life.

Dr. Su cautions that a successful heart transplant does not erase all threat of future disease. The surgery averted a life-threatening condition and will allow Genesis to have a productive lifestyle with fairly normal activity, but she will have to stay on immunosuppressant medication, which keeps her immune system from turning against her implanted heart but also leaves her vulnerable to infection.

Since rejection is an ever-present risk, the transplant’s outcome can never be considered resolved. “It is a success today, this year, for this moment,” Dr. Su says, “but it can change at any time.”

One reliable guideline of Genesis’ prognosis is that the further she gets from her surgery without complications, the more optimistic the outlook gets.

“For children who’ve had transplants without significant rejection after a few years, there are very few limitations,” Dr. Su says. “We encourage them to do as much activity as their body allows.”

Most important to Genesis’ ability to have an active life is that she continues to take her medicine as she grows into a teenager and assumes responsibility over her daily routines.

“Adolescence is an incredibly high-risk time of life for our transplant patients because a lot of our teenagers aren’t as good at taking medications consistently,” Dr. Su says. “We see a lot of rejection as a result.”

The major obstacles Genesis is contending with are developmental. Now 2½ years old, she has yet to walk and talk, which concerns but doesn’t surprise Dr. Su, who says that developmental delays are not unusual for a patient who spent several months in the hospital and suffered two strokes. She is hoping these are merely setbacks in Genesis’ development, rather than permanent disabilities, that she will ultimately surmount with the help of the weekly physical and speech therapy she is receiving.

“Even our children who don’t have heart failure or transplant but are here for congenital heart surgeries, we see that there is an element of developmental delay,” Dr. Su says. “The brain is just remarkably plastic, and it’s an organ that really has amazed us. I’m hopefully optimistic that in a few years, her delay may be less and less apparent as she reaches school age.”

She’s trending the right way, according to Lilian, who says Genesis is crawling and pulling herself up onto her feet, if not quite walking. And she makes sounds, though not words. On both fronts, “she’s making that attempt to get there,” Lilian says.

“Even though she has these disabilities—or things that she cannot do—I’m OK with that. She’s here with us today. I have to carry her from one place to another, but she’s happy. She can crawl. She looks like a 2-year-old. She’s healthy, she’s thriving, she’s mobile. I would say we are in a way better place than we were a year ago. That’s something we are very thankful for.”