In It for the Long Haul 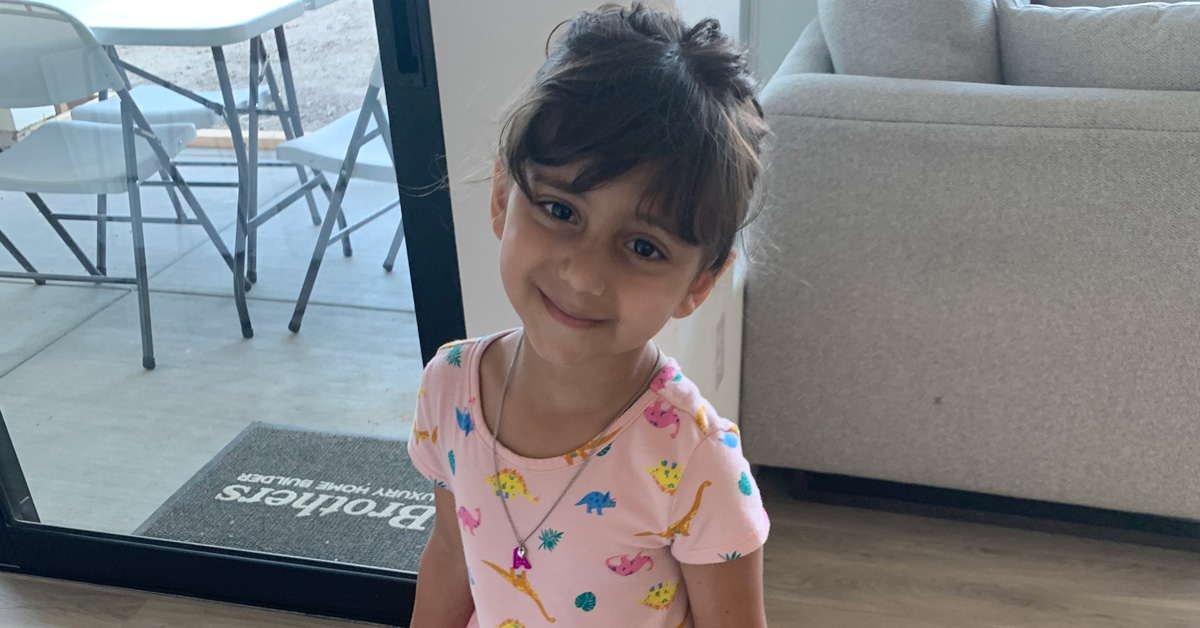 A little girl and her mom face neuroblastoma head-on.

For most kids, a trip to Disneyland sparks curiosity and wonderment. But during a family outing to “the happiest place on earth,” 15-month-old Ariana didn’t seem as captivated as the other kids. 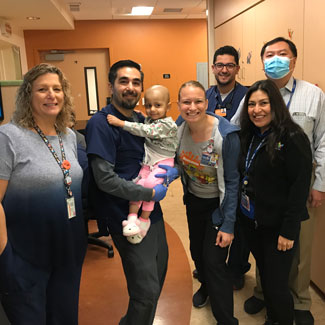 “She had no reaction being on the Dumbo ride,” explains Ariana’s mom, Jennifer. “I’m looking around at all these children and they are laughing and smiling and elated to be flying, and my child was somber and quiet. I knew there was something going on.”

Jennifer said her first inkling that something was wrong actually happened a few weeks prior to that Disneyland outing, when she had taken Ariana to the pediatrician’s office for a stomach bug. At the time, she was concerned that her daughter’s stool was an odd color; she'd lost a little weight, and that her stomach was protruding.

“They felt something in her abdomen and figured it might be stool,” Jennifer says. Following the Disneyland trip, Jennifer returned to the pediatrician, who again felt “something” in her abdomen and ordered an ultrasound. The imaging revealed that Ariana had a mass in her abdomen—a tumor—with two parts, each approximately 8 centimeters. After a series of scans, biopsies and tests, Ariana was diagnosed in December 2017 with Stage 4 high-risk neuroblastoma.

Neuroblastoma is a cancer that develops from immature nerve cells in the body, and most often affects children ages 5 and younger. It is the third most common cancer in children and the second most common solid tumor in children, besides brain tumors.

“I was a mom who literally went into shock,” Jennifer recalls. She remembers her daughter’s medical team assuring her that Ariana’s diagnosis was not a death sentence.

‘The odds are in our favor’

“Obviously when a parent hears cancer they think, ‘My kid is going to die,’” says Araz Marachelian, MD, MS, Director of the Neuroblastoma Program at the Cancer and Blood Disease Institute at Children’s Hospitals Los Angeles, who spearheaded Ariana’s treatment. “In the past, this used to be a fatal disease. Twenty to 30 years ago, the prognosis was dismal.” 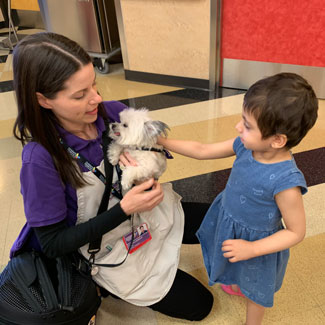 Thanks to decades of groundbreaking research and collaborative work—often happening at CHLA—outcomes for neuroblastoma have improved significantly.

“Patients with high risk neuroblastoma can be cured now, whereas before this was nearly impossible,” Dr. Marachelian says. “Even though the treatment is challenging, I tell families ‘the odds are in our favor. We are in this fight together.’”

The pep talk was just what Jennifer needed to hear as she rallied for the long haul to support Ariana during her 17-month treatment, which included five weeks of chemotherapy, followed by surgery, and then another round of chemotherapy. Ariana began showing marked signs of improvement, and her treatment continued with two rounds of high-dose chemotherapy, two stem-cell transplants, radiation and six months of immunotherapy.

The time in the hospital was hard, Jennifer admits, noting that she created a calendar so that family and friends could schedule visits. The structure allowed Jennifer to focus on Ariana’s care and communication with the medical team. She also leaned on the very supportive team on 4 West, the hospital’s inpatient hematology/oncology unit, and found comfort from the numerous supportive programs at CHLA like dog therapy, music and art therapy and the Literally Healing book program.

To make her hospital stay more comfortable, Child Life arranged to have the organization Dec My Room decorate Ariana’s hospital room with a Disney princess theme for her second birthday.

“They have the biggest hearts,” Jennifer says of 4 West’s team of doctors, nurses, physician’s assistants and Child Life staff. “We became a family. They are so empathetic, and they are dealing with really sick kids and parents who can’t control their emotions, and parents who aren’t available to be there because they have to work. And they didn’t just do it for me, they did it for everyone.”

In April 2019, Ariana received her last immunotherapy treatment and rang the bell on 4 West—a tradition at CHLA—with her care team cheering her on.

“The nurses did a farewell song and we did a pizza party for everybody,” Jennifer says, calling it a day she will never forget. 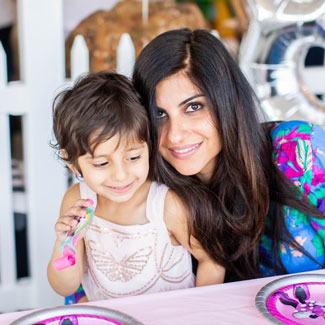 Not long after, Ariana was cleared to return to preschool and resume playdates with other kids.

“She was back out into the world like nothing ever happened,” says Jennifer, who bought a pass to Disneyland and “literally went there every weekend because I was making up for lost time!”

While the COVID-19 pandemic has put a halt to Disneyland outings, it hasn’t affected Ariana’s treatment schedule, which includes regular scans to see if there are any cancer cells.

“I was a little leary about having to take Ariana back for her follow up appointments during the pandemic,” Jennifer admits. “But the hospital is so on top of everything with screening everyone who comes in and making sure people wear masks and maintain a safe distance from each other. It really put my mind at ease.”

These days, Jennifer can’t help but be in awe of how Ariana, who crossed the milestone one-year mark with clear scans in July 2020, followed by her fourth birthday celebration in August, has grown into a spunky, silly and engaging young girl.

“She’s so funny. She has the best sense of humor. She’s likes to chat, dance and play dress up and makeup,” Jennifer gushes. “She’s amazing. She’s my hero.”

Learn more about the Cancer and Blood Disease Institute