A phase 2 clinical trial has found that combining a novel compound called alisertib with chemotherapy has anti-tumor activity in children with high-risk, relapsed neuroblastoma. The New Approaches to Neuroblastoma Therapy (NANT) consortium study was led by Araz Marachelian, MD, MS, of the Children’s Center for Cancer and Blood Diseases at Children’s Hospital Los Angeles and Steven G. DuBois, MD, of the Dana-Farber Cancer Institute. Results were recently published online in the journal Clinical Cancer Research. 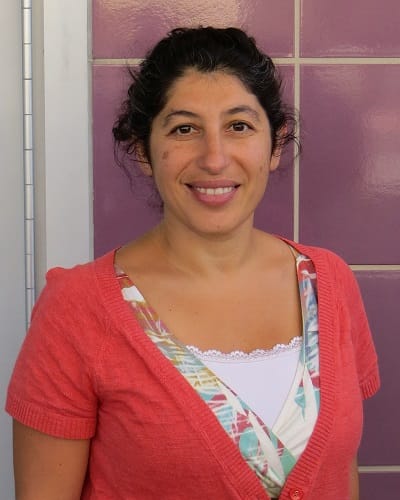 In the multicenter trial, alisertib was combined with two common chemotherapy agents: irinotecan and temozolomide. Alisertib is an experimental compound that targets and inhibits a particular enzyme—called an Aurora A kinase—which neuroblastoma tumors often use to grow.

Neuroblastoma is the second most common solid tumor in children (after brain tumors). The cancer arises in immature nerve cells called neuroblasts, and it typically affects children ages 5 or younger. Nearly half of patients are diagnosed with high-risk, metastatic disease, which has a 50 percent mortality rate.

The NANT study—a follow-up to an earlier phase 1 trial—evaluated the combination therapy in a group of 20 patients with high-risk neuroblastoma that had relapsed or had not responded to standard treatment. Of those patients, 21 percent had an objective response rate, showing significant improvement in all cancer sites in their body. One-year progression-free survival was 34 percent.

Researchers had been hoping that the therapy would be particularly effective for children whose tumors have a gene called MYCN that is over-expressed, or “amplified.” Aurora kinases stabilize a key protein in MYCN, so researchers had aimed to disrupt that protein with alisertib—and potentially increase treatment effectiveness. MYCN amplification occurs in about 25 percent of neuroblastoma patients, and it is associated with more aggressive disease and poorer outcomes.

“What we found, though, was that the treatment actually worked better for kids whose tumors did not have MYCN amplification,” says Marachelian, an assistant professor of Pediatrics at the Keck School of Medicine at the University of Southern California. “Both groups could still benefit from this therapy, but we clearly have more work to do in targeting this pathway.”

In addition, the trial was the first to evaluate a liquid form of alisertib in children. A separate group of 12 patients in the study received this oral solution as part of the combination therapy, instead of a tablet form of the drug.

“Neuroblastoma affects toddlers and young children, and many of these kids aren’t able to swallow pills,” she adds. “An oral solution expands the number of patients able to receive this treatment, and the study enabled us to identify a dosing regimen.”

Researchers plan to continue to target the aurora kinase pathway in neuroblastoma studies. NANT, a group of 14 North American pediatric cancer centers, is the only consortium in the world solely dedicated to developing novel treatments and biomarkers through early clinical trials for neuroblastoma.

About Children's Hospital Los Angeles
Founded in 1901, Children's Hospital Los Angeles is ranked the top children’s hospital in California and sixth in the nation for clinical excellence with its selection to the prestigious U.S. News & World Report Honor Roll of children’s hospitals. Clinical care is led by physicians who are faculty members of the Keck School of Medicine of USC through an affiliation dating from 1932. The hospital also leads the largest pediatric residency training program at a freestanding children’s hospital of its kind in the western United States. The Saban Research Institute of Children’s Hospital Los Angeles encompasses basic, translational and clinical research conducted at CHLA. To learn more, follow us on Facebook, Instagram, LinkedIn and Twitter, and visit our blog for families (CHLA.org/blog) and our research blog (ResearCHLABlog.org).