Professor of Clinical Surgery, Keck School of Medicine of USC 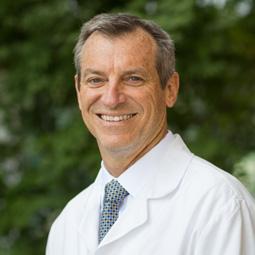 Since joining CHLA in 1996, Dr. Stein, professor of Clinical Surgery at Keck School of Medicine of the University of Southern California, has held a variety of leadership roles. He was named vice chair for CHLA’s department of Surgery ahead of the institution’s successful move into the Marion and John E. Anderson Pavilion in 2011. Between 2004 and 2005, he served as the interim chief of the division of Pediatric Surgery. Additionally, he led the Division of Pediatric Surgery’s efforts to offer outpatient care for families in locations that are closer to home, particularly in the San Gabriel Valley.

He has served as a lead surgeon in no less than six conjoined twin separation surgeries—of which he led four—procedures that require intense multidisciplinary planning and coordination and meticulous execution. He was part of a CHLA and Keck Medicine of USC team trip to Haiti to separate that nation’s first set of conjoined twins with an abdominal fusion, which received international attention.

Yahoo! Finance - Children’s Hospital Los Angeles Goes Out Into the Community to Offer Free COVID-19 and Flu Vaccine Clinic for the Whole Family

US Domestic Medical Travel - The Leapfrog Group Designates Children's Hospital Los Angeles as a 2015 Top Hospital for Excellence in Safety, Quality and Efficiency

A Teen's Story of Triumph After Cancer and a Liver Transplant

'Ella the Great' Strikes Out Cancer