A 18-person medical team left Children’s Hospital Los Angeles two weeks ago to head to Haiti on a medical mission. The task at hand was a medical procedure six months in the making with world-renowned surgeons poised to separate twin girls—Marian and Michelle—who were conjoined at the abdomen. 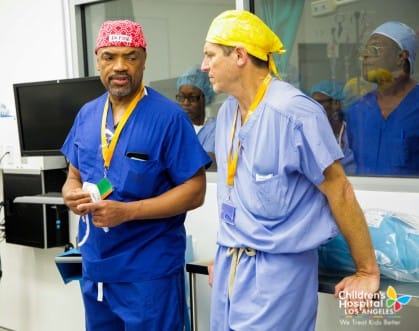 CHLA’s surgeon-in-chief and Chair of the Department of Surgery, Henri Ford, MD, MHA, has been making regular visits to Haiti to support the complete revamp of the country’s medical infrastructure following the 2010 earthquake. He was the first physician in our 18-person clinical team to meet the infants and begin planning for their eventual separation. James Stein, MD, MSc, FACS, FAAP, CHLA’s chief medical quality officer and CHLA surgeon participated in the historic event. Stein has separated multiple sets of conjoined twins and knew exactly what would need to be done to orchestrate this complex procedure for the nearly six-month-old girls.

Once Dr. Ford agreed to take on the surgery, he set about developing a team of experts—CHLA surgeons, physicians, anesthesiologists, intensivists, physician residents, fellows, nurses, and respiratory therapists—to support the care of the girls. In all, it would take a team of 18 people to support the complex care that would be needed for Marian and Michelle. They would partner with 12 clinicians from University Hospital and Hospital Bernard Mevs Project Medishare in Haiti to prepare for, conduct and provide for the recovery of the twin girls. 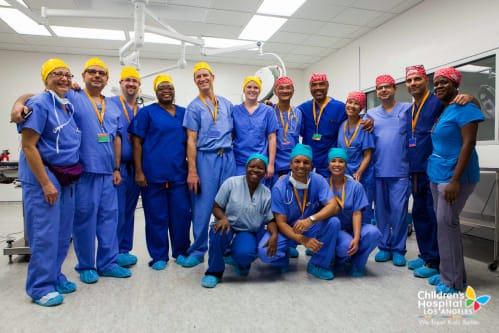 May 22—Day of Surgery 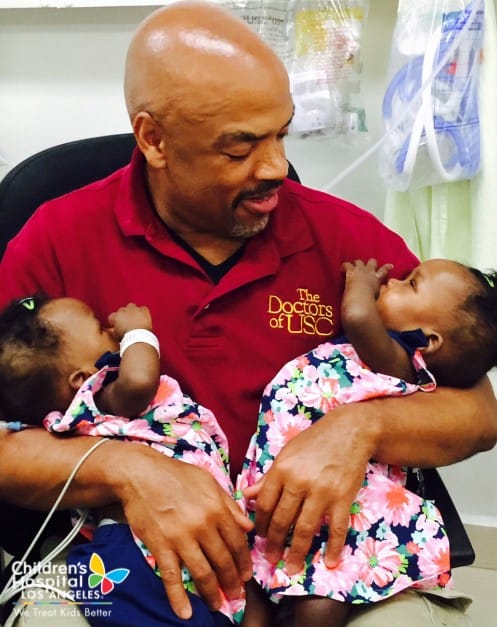 Within 48 hours, both girls were breathing on their own without the assistance of oxygen and were feeding on breast milk and formula 72 hours later—milestones of success. Now just over six months of age, both girls are progressing through their recovery well.
In the coming weeks, the girls will recover from their medical procedure and undergo physical therapy to help strengthen neck muscles weakened due to facing in a single direction for such a long time. “The girls look great; we don’t expect any more surgeries,” Stein says. “This was all about planning and organization. The amazing part for all of us is conducting seven hours of surgery, and then seeing two kids side-by-side, when there used to be just one. It’s just awe-inspiring.”
Added Ford: "I liken the entire international team of surgeons, anesthesiologists and nurses to a symphony orchestra.”

The day of Marian and Michelle’s surgery was not just an important day for them—it was a day of national pride for their entire country. This complex surgical procedure and its successful outcomes signaled to Haitians that they not only can recover from a devastating earthquake, but surpass their former medical capacity in five short years following the 2010 disaster.

Give Kids a Helping Hand

It takes skilled hands to tend to the very special needs of children with complex medical issues such as those experienced by Marian and Michelle in Haiti. Every day, children with complex medical issues are helped by the hands of the caregivers at Children’s Hospital Los Angeles. With a gift of any amount, you can help us treat kids better right here in Los Angeles, and around the world. Support the Helping Hands Fund at www.CHLA.org/HelpingHands.

Congratulations to Drs. Ford and Stein as well as to the entire clinical team, for their medical leadership in such a historic moment.