History of the Associates & Affiliates (A&As) 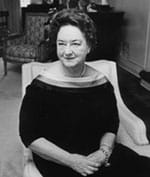 In its early days, the needs of Children's Hospital Los Angeles were great, but their scale and scope were quite different from those of today. In 1935 and 1936, for example, the Auxiliaries (as they were called then) gave the hospital 3,678 finished garments including infant clothing, canvas bed frames, surgical and pneumonia jackets, sun suits and pajamas -- many of which were sewn by the volunteers. In addition, the hospital received more than $5,900 from the Auxiliaries for the purchase of much-needed equipment, including $1,000 for a surgical sterilizer, $233.93 for two oxygen tanks and $149 for an industrial-strength potato peeler to assist in preparation of patient meals.

Mary Duque, Mrs. Crutcher's successor, was instrumental in greatly expanding the A&As: to groups extending north to the Antelope Valley, east to Whittier, south to Palos Verdes and west to the ocean. In 1947, the year Mrs. Duque first joined the Board, there were seven auxiliaries supporting Children's Hospital, the maximum number allowed by the by-laws. Realizing the importance of expanding this rich resource of womanpower, Mrs. Duque proposed the organization of new women's groups, to be called guilds. Thus she deftly circumvented the restriction on auxiliaries and greatly enlarged the support of the hospital.

Anne Wilson, was hand-picked by Mary Duque, was chairwoman of the A&As from 1989 to 2001. She juggled this leadership position along with her other hospital duties as president-emeritus of the board of directors, member of the Foundation board of regents, and director of the thrift and gift shops.

Mrs. Wilson's recipe for handling these formidable responsibilities was a mixture of love and compassion for the hospital blended smoothly with her many years of experience here. She summed up her involvement with Children's Hospital in a few simple words: "The hospital and my family are my life."

And she meant it, because few people knew the hospital as intimately as Mrs. Wilson. Her grandfather, Henry O'Melveny, officiated at the 1914 dedication of the hospital's first building. Mrs. Wilson's father-in-law, John C. Wilson, MD, was the first hospital intern in 1910 and later was chairman of its orthopedic division.

John C. Wilson, Jr., MD, Anne's late husband, was former chief of staff at both the Hospital of the Good Samaritan and Children's Hospital Los Angeles, and was a hospital board member as well as chairman of the orthopedic division.

Mrs. Wilson particularly enjoyed her work with the A&As. "Each group has its individual purpose, size, character and personality, yet they are equally important in the work they do for our hospital."

Thousands of women and men in the Associates & Affiliates have touched the lives of patients at Children's Hospital Los Angeles since its beginning. Whether it's the annual sale of holiday cards, a golf tournament, charity ball, thrift shops, fashion show, boutiques, garden tours, national horse show, golf tournaments or individual and corporate solicitation, the A&As continue to show their strength in both fundraising and raising awareness in their communities.

Mrs. Wilson was fond of saying, "They are among our most loyal, most devoted family members. They represent Children's Hospital in the most stellar and loving way!"