The Kid’s Got Heart 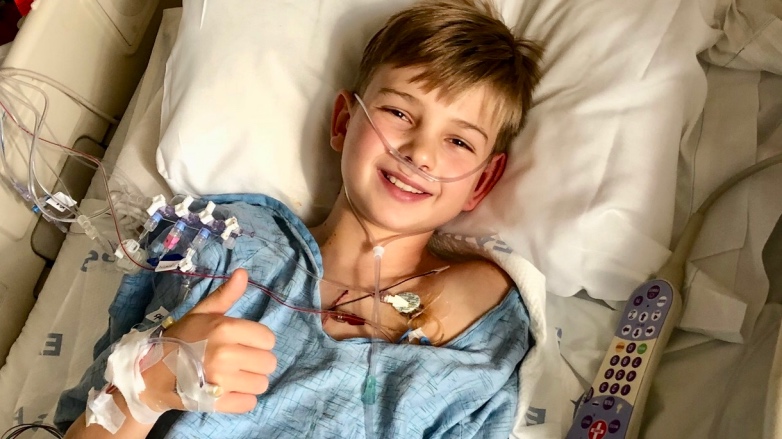 CHLA’s Heart Institute gives an 11-year-old baseball player a chance to get back in the game. 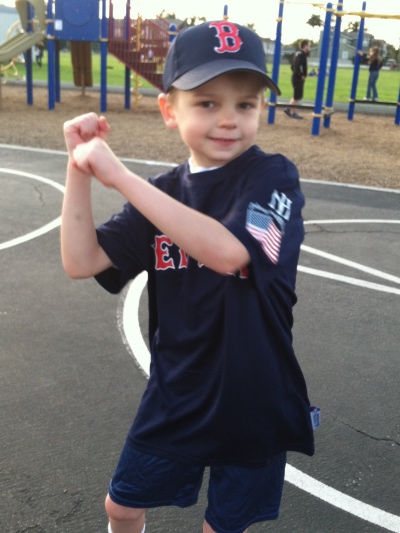 When it comes to baseball, “heart” is one of those intangibles in a player that scouts covet.

Generally, the word refers to a variety of attributes including hustle, mental fortitude, patience and passion for the game. Dylan, an 11-year-old Little Leaguer from Newport Beach, California, who earned a spot on Newport Harbor Baseball Association’s Bronco 11-and-under All-Star team earlier this year, has it in spades.

The fact that Dylan brings such figurative “heart” to every game is one of life’s great ironies; he has overcome four congenital heart defects in his young life.

Doctors from Children’s Hospital Los Angeles have been with Dylan for every step of his journey—from his first surgery at 4 days old to his most recent open-heart surgery this past summer. Through it all, the young man has remained upbeat, positive and—fittingly—full of heart.

“Everyone has rallied around me and it’s good to feel support and know they are on my side,” he says. “I want to keep pursuing what I love to do and not let my heart surgery stop me or get in the way of that.”

Dylan’s journey spans his entire life; even before he was born, doctors knew he’d face some serious medical challenges. 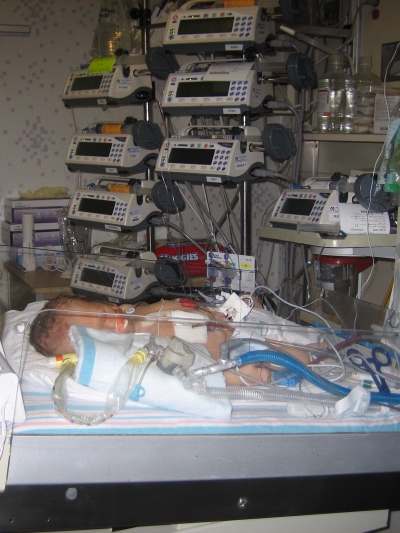 His mother, Ginny, says the first clue came early in her pregnancy. At the time, Dylan was one half of a pair of twins, but the other twin’s heart stopped beating around the 13-week mark. Later, during a routine 18-week anatomy scan at Ginny’s doctor in Newport Beach, another piece of the puzzle came into view: Doctors discovered Dylan was suffering from coarctation, or narrowing, of his aorta. The condition was treatable, but the family needed a plan.

So Ginny reached out to CHLA and met with Vaughn A. Starnes, MD, co-director of the Heart Institute and head of the hospital’s Division of Cardiothoracic Surgery. After reviewing Dylan’s files, Starnes suggested that Dylan could be born in Newport Beach and brought via ambulance the 50 miles to CHLA after his birth.

The day the baby was born, however, doctors at the delivery hospital discovered three other defects: an enlarged right atrium, a hypoplastic aortic arch and a leaky tricuspid valve. He was transferred to CHLA via helicopter the next day.

What followed were three separate surgeries to fix the coarctation, enlarged atrium and hypoplastic aortic arch, and put Dylan in the best position to grow up healthy. Dylan had the surgeries on a Monday and Ginny and her husband drove him home on the following Sunday. From that point, he seemed to progress like a normal kid.

“We always knew he had a special heart,” Ginny says, looking back on that harrowing time. “I couldn’t allow myself to imagine that he wasn’t going to be OK.” 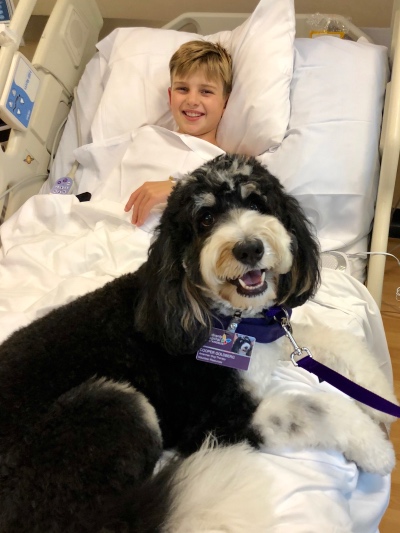 For a while, Dylan’s doctors deemed those first procedures a success. But that leaky tricuspid valve remained a problem—allowing blood from Dylan’s right ventricle to leak back slowly into the right atrium after every beat. Starnes met with Dylan every year to monitor the valve and opted to hold off on fixing it. It was possible that the valve would fix itself.

Earlier this year, when it became clear the situation was not getting better, Starnes recommended open-heart surgery to minimize the leak.

Dylan was skeptical at first. He had plenty of energy. He didn’t feel winded. He didn’t want to have to go through a recuperation period that would require him to slow down and miss precious months of his beloved baseball. Starnes’ rebuttal was simple: Do the surgery now, before you start to feel sick.

In the end, Starnes and Dylan’s parents convinced Dylan the surgery was necessary. Dylan coped by “pretending it wasn’t going to happen” and simply rolling with the punches. Ginny describes this past summer as hard, as she and her husband tried to keep Dylan from overexerting himself physically. They also worked to make sure Dylan understood the gravity of the situation.

“When he was a newborn, we didn’t have to explain anything to him because he didn’t really know what was going on,” Ginny explains. “This time around, we felt we had to walk him through everything—and, at the same time, we really wanted to at least try to give him as much of a normal summer as we possibly could.”

Dylan’s family scheduled the procedure for late July. Then, Dylan’s baseball team made the playoffs. With his surgery less than two weeks away, Dylan managed to play in the big game, knocking in two runs with a pinch-hit double that was part of a 20-1 Newport victory.

“The hit of the day,” Newport Harbor manager Sean Pence told The Daily Pilot. “The rope of the day. I couldn’t have been [prouder] of Dylan. He’s one of the best kids I know.”

Following that unforgettable moment, Dylan finally had the procedure July 23. Starnes opened Dylan’s heart and put a ring around his tricuspid valve—a move that narrowed the valve so that it could be repaired more easily. The move did not eliminate the leak, but it reduced it considerably.

Dylan’s recovery was quick—he had the surgery on a Monday afternoon, left the hospital with his parents on Friday, stopped at In-N-Out Burger for a double-double, and drove home. During his recovery he befriended a number of nurses, and was even visited by USC football coach Clay Helton after he bumped into Dylan’s dad at a local hotel and was moved by his story. Helton stopped by with words of encouragement and a care package.

“It was such a great moment for Dylan,” says Ginny. “That night, he got up and speed-walked around the hospital. It was the turning point of his recovery. It was something he’ll remember forever.”

So far, just a fe 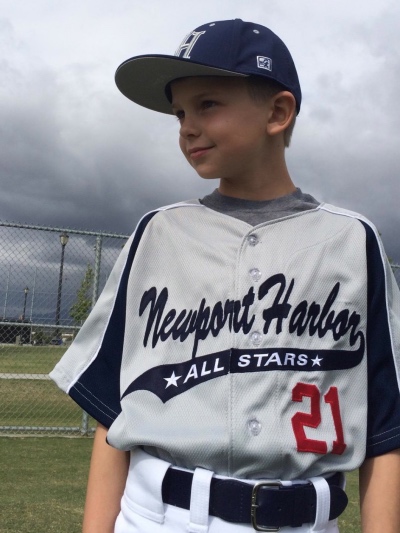 w weeks removed from Dylan’s biggest surgery, his prognosis couldn’t be better. His appetite is back. He’s back to playing sports in moderation. On occasion he might even fight with his sister. The medical report was just as positive: The right side of Dylan’s heart—the side that had become enlarged—was returning to normal size.

Dylan’s family is focusing on the future—specifically their involvement in CHLA’s Heart Ambassadors. The group comprises a community of families and friends of the Heart Institute that is inspired to fund initiatives that will improve and revolutionize pediatric cardiology. The family joined the program in 2012, and has teamed up with a number of other families to raise close to $2 million for the hospital.

According to Ginny, that money will directly help CHLA invest in new and sophisticated technology for heart surgery down the road. Her goal: to raise enough money to make surgery less daunting and overwhelming for all involved.

As for Dylan, he says he is “nervous” and “excited” for the sixth grade, especially because he has moved up to middle school. He hopes to play baseball again in the spring. He’s planning to show up for the team in tip-top shape.

Overall, Dylan is primed to throw himself back into his life with renewed vim and vigor—just like someone with a lot of heart would.