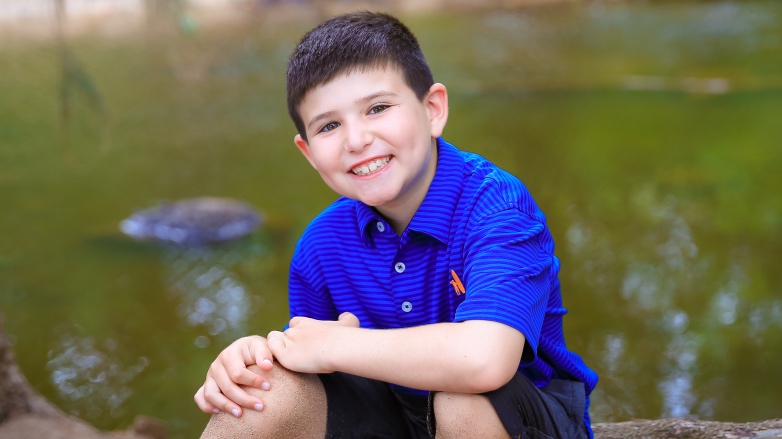 Those were the words running over and over through Nina’s head on April 12, 2013, as she sat by her 3-year-old son Alex’s bedside at Children’s Hospital Los Angeles. Earlier that afternoon, Alex had undergone a bone marrow aspiration—the definitive test for leukemia—and she and her husband, Cliff, were now enduring the agonizing wait for the results.

“We were just praying,” Nina says. “We were kind of getting on board that it might be leukemia, but you’re just never prepared to hear that about your own child.”

Just five weeks earlier, leukemia had been the furthest thing from their minds. 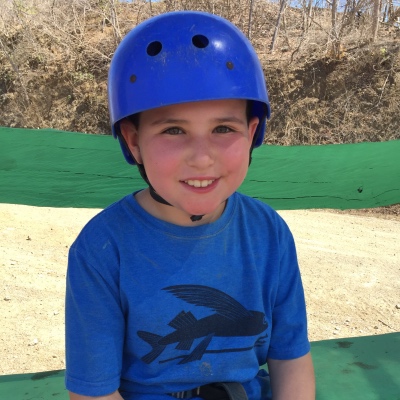 At the end of February, they had taken Alex and his 5-year-old sister, Sara, to Sun Valley, Idaho, to go skiing for the first time. Both Alex and Sara had taken to their skis like fish to water; it had been a fantastic trip.

But a few days after they returned home, Alex developed a mysterious limp—one so slight that initially only his mom noticed it. His parents thought the ski boot might have irritated him, but when he didn’t improve after a few days, they took him to his pediatrician.

An X-ray came back normal, and Alex was referred to a pediatric orthopaedist. But another symptom soon popped up: fevers that would suddenly spike, resolve and then return a week later. Meanwhile, Alex’s limp was getting steadily worse.

After a bone scan came back normal, the family took him to a pediatric infectious disease doctor, who ordered blood work. Alex’s white blood cell count was a little bit elevated. The doctor told them it might be an infection. The other possibility? Leukemia.

Cliff and Nina headed straight from that appointment to CHLA, where Alex was admitted. The bone marrow test confirmed their worst fear: Alex had acute lymphoblastic leukemia (ALL).

“We were devastated; we were absolutely hysterical,” Nina says. “If I could have taken any illness on his behalf, I would have done it in a heartbeat. But those are things we don’t get to decide. They’re just thrown in our laps, and you have to deal with them as best you can.”

Alex began treatment the day after his diagnosis. Cliff and Nina had no choice but to quickly gear up for the battle ahead. 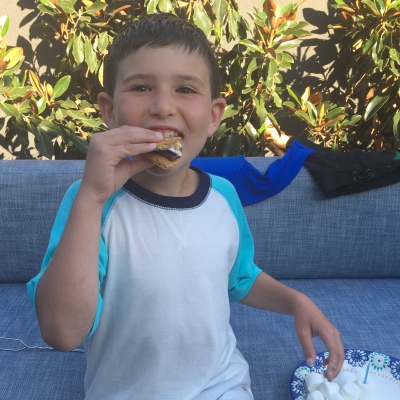 Fortunately, they were not alone. Friends and family poured in offers of support. And at CHLA, they were assigned the pediatric oncologist who would guide them on their leukemia journey: Paul Gaynon, MD.

Gaynon was exactly the kind of experienced specialist that Cliff and Nina were hoping to meet. A pediatric oncologist for 40 years, he still remembers when ALL cure rates were less than 50 percent. Today, they’re over 90 percent.

“I have patients who have children of their own now,” he says.

Alex’s parents immediately liked Gaynon’s warm, straightforward manner, his willingness to take time to explain things and answer questions, and his involvement in leading-edge leukemia research. But while Alex’s ALL fell under the “standard risk” category, there was no getting around the harsh reality of treatment.

For the first 29 days, Alex was in “induction therapy”—an intense protocol that aims to quickly induce a remission. In addition to receiving weekly chemotherapy and even chemo directly injected into his spinal fluid, he was on high-dose steroids and other medications. He was in and out of the hospital.

At home, Nina, a dietitian, and Cliff, a neurologist, put together a binder with all of his medical information, lab results and doctors’ instructions. They sat up with him at night, learned how to flush his peripherally inserted central catheter (PICC) line, and because he could no longer walk, they carried him.

“It’s brutal,” Nina says. “You don’t even know yet if the treatment is working. You’re just in this blind process of going day to day.”

‘It takes a village’

On day 29, Alex had another bone marrow aspiration. It was good news: The “induction” had done its job. Still, his treatment was just beginning. For boys, ALL treatment lasts three years (for girls, treatment is two years). 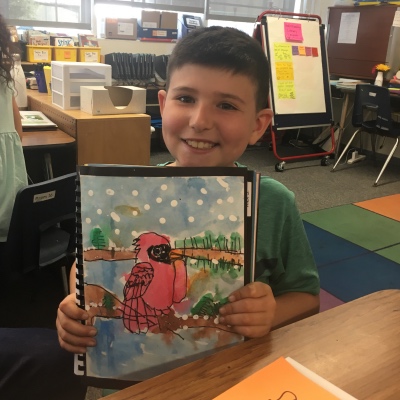 For the last 2 ½ years of his treatment, a phase called “maintenance,” Alex had monthly chemo, regular courses of steroids, and cerebrospinal chemo every three months. It was a long stretch. There were setbacks and unexpected hospitalizations, but the family had support from Gaynon, nurse practitioner Melissa Doyle, CPNP, CHLA’s many Hematology-Oncology nurses, and countless friends and family members.

“It takes a village to get through this,” Nina says. “It’s not a sprint, it’s a marathon.”

Through it all, Gaynon encouraged Alex’s parents to keep life as normal as possible.

“I really appreciated that,” Nina says. “When he was feeling well, Alex went to preschool, he went to elementary school, he played soccer and T-ball.”

“We want the kids to be cured in all dimensions,” Gaynon explains. “The human tendency is to shelter the child. I always urge parents: Don’t lock the child in a sterile closet. Let him go to school, let him be with people. Because we hope he’s going to live a long normal life after this is over.”

Today, Alex is living that normal life. He finished his leukemia treatment in June 2016, and is now a healthy, happy 9-year-old who just entered third grade.

“He was always a happy kid, and he’s still happy,” says his mom. 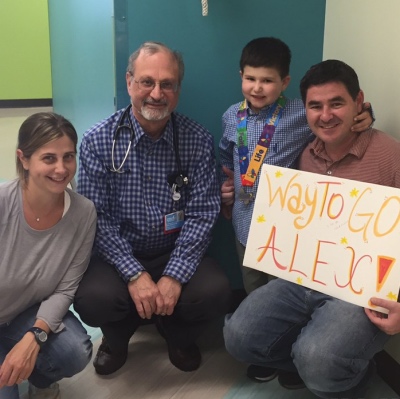 Alex comes to CHLA three times a year for checkups with Gaynon and Doyle. Although treatment didn’t leave him completely unscathed, he’s doing great. Initially, he was lethargic and had trouble walking long distances. Now his balance and coordination—and 9-year-old energy—are back.

“He’s running with his peers, playing handball and basketball,” Nina says proudly. “He did sports camp all summer. He loves being physically active.”

His sister, Sara, is now 11 and also doing well, having handled Alex’s illness with a maturity and grace that make her parents proud. And there is a new member of the family: Teddy, 2 ½.

Teddy arrived near the end of Alex’s therapy and was given a very special middle name: Samuel. Cliff and Nina chose the name to honor Gaynon, whose middle name is also Samuel.

The family is so grateful that Nina recently wrote a letter to CHLA. “Thank you to Dr. Gaynon, Melissa Doyle and the Hematology-Oncology nurses for all you do every day,” she wrote. “Thank you for taking such wonderful care of Alex and our family. We truly can’t thank you enough.”