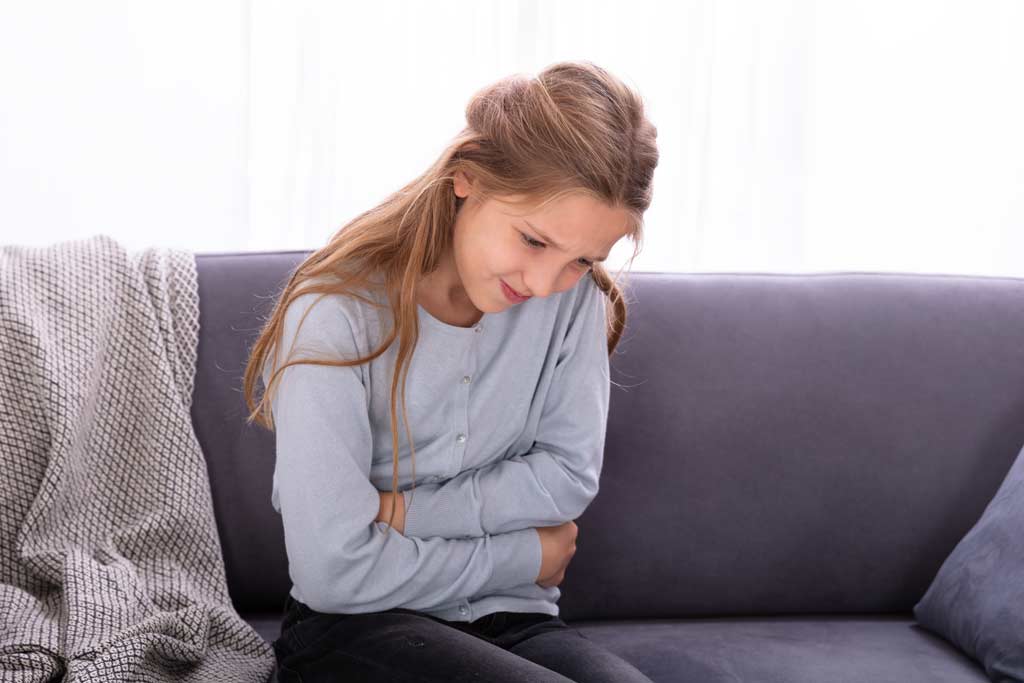 The pandemic has produced a surge in emergency room visits at CHLA due to the accidental consumption of toxic substances. Our injury prevention expert tells parents what safeguards to put in place.

More than 18 months into this relentless pandemic, we’re all running low on coping skills. Sleep patterns, work schedules, parenting routines, grocery shopping habits—all have been upended and reformatted as part of adapting on the fly to COVID-19.

There are no right and wrong ways to deal with such extreme upheaval. Instead, think in terms of wise and unwise. Children’s Hospital Los Angeles has seen the consequences of some of the unwise ways.

According to Helen Arbogast, DrPH, MPH, Manager of CHLA’s Injury Prevention Program, the hospital’s Emergency Department has experienced a sizable jump in the number of kids needing to be treated for ingesting toxic substances—two substances, specifically: edible marijuana and prescription medication. Typically, CHLA sees one or two emergency cases of poison consumption per week; in the second half of 2020, that number more than doubled.

“I think what's happening is, parents are challenged with a couple of things,” Dr. Arbogast says. “One is working from home, so they may be incredibly distracted and leave things around that they ordinarily use. And I also think we can't underestimate the impact of the stress caused by the pandemic. Medical marijuana is one of the strategies people use to alleviate some of that.”

The coronavirus is still a menace, so some of the adaptations people have had to make, such as working from home, may be in place indefinitely, leaving the same potential for forgetfulness or lapses in judgment to threaten a child’s safety. Below, Dr. Arbogast provides a few essential tips parents can apply to prevent their kids from consuming poisonous substances—advice that should be followed even after this pandemic passes into history.

Lock up your medication: “The general rule is keep it up and away,” Dr. Arbogast says, explaining how to keep prescription medication inaccessible to kids. That means locked up and out of reach.

If families don’t have a cabinet that locks, CHLA can give them childproof cabinet locks. “So the children can't access it,” she says, “even if they can physically reach it.”

Just as critical is to keep medication in its original, childproof container provided by the pharmacy. Moving pills into a Sunday-through-Saturday pill box is a hazard, Dr. Arbogast explains, as a child can easily pop it open.

Meanwhile, edible forms of cannabis often resemble treats, which makes them appealing to children. The same rule applies: Keep them out of reach and locked up.

Toss the pill bottle when it’s expired. Treat expired medication as you would waste—throw it out. It’s no longer of use since its effectiveness ran out. Discarding it will keep younger, unsuspecting kids from having any opportunity to get their hands and mouths on it.

“Sometimes we just leave medication around because we don't know where to toss it,” Dr. Arbogast says. “Make sure you throw it out so it's not in the house.”

However, Dr. Arbogast emphasizes that medication needs to be disposed of responsibly, rather than dumped thoughtlessly into a garbage bin. She directs people to the Food and Drug Administration’s explanation of the proper ways to get rid of unused medications, including safely placing them in your household trash, flushing them (if they are on the FDA’s “flush list”) or returning them to the pharmacy.

Educate the whole family. With day cares and schools closed, the pandemic forced parents to call on extended family members to pitch in with child care so they could get work done at home. The first call would often go out to the grandparents, who may not have a childproofed home.

“Now grandma's doing the work and it's been a long time since she's had a small child,” Dr. Arbogast says. “So she doesn't even think to put her heart medication away.”

Dr. Arbogast says to make sure that all family members and friends who are providing substitute child care for you are aware of the potential for poison ingestion, and to remind them to put all medications or cannabis away.

Her team hands out magnets that display the number to the California Poison Control System (see below) so families don’t have to go searching for it in an emergency. Dr. Arbogast says to call the number immediately if you suspect your child has swallowed something poisonous. Don’t wait for an adverse reaction to confirm it because reactions will vary by the toxin consumed.

“Some may cause vomiting; some may cause lethargy where the kid is kind of nonresponsive; some might cause a stomach illness,” she says. “If you think they ingested edibles, that's not going to have the same kind of reaction as prescription medication. We can't say, ‘If they look like this, do this.’”

Instead, let the professionals at Poison Control determine next steps once you explain your child’s size and symptoms and whatever was thought to be ingested.

In the aftermath of a poison ingestion, Dr. Arbogast says parents take it hard. More often than not, they weren’t negligent, but merely made the wrong assumption.

Dr. Arbogast tells parents to stay watchful, as we face the prospect of having to tolerate a new, revised normalcy that may not be temporary.

“This pandemic is not behind us yet, and families are still trying to figure out what normal is,” she says. “So it's time for us to think about having our children in new environments. We just want them to be thinking about their child's safety at every destination.”

What to Expect If You End Up in the ER

If a call to the California Poison Control System turns into a trip to the Emergency Department at Children’s Hospital Los Angeles, a toxicology test—via blood or urine, depending on the child’s age—is done first to reveal what was consumed.

What happens next “depends on what they find,” Manager of Injury Prevention Helen Arbogast, DrPH, MPH, says. “If it's medication that will not have an adverse effect, we just try to keep them there, monitor them, get them to pass the medications so it's through their system.

“But if it's not,” she says, “you’ll get your stomach pumped,” using an old-school term that means having the contents of the stomach flushed out through a tube. Or if they’re old enough, children can be given an oral solution that will induce vomiting.