LOS ANGELES (Feb. 12, 2020) — Maternal factors, such as breast milk, have been shown to affect a baby’s development, and previous animal studies have determined that a carbohydrate, the oligosaccharide 2’FL found in maternal milk, positively influences neurodevelopment. Now, in the first study done in humans, investigators at Children’s Hospital Los Angeles in collaboration with the University of California, San Diego, have shown that 2’FL found in breast milk enhances cognitive development. Findings will be published in PLOS ONE on Feb 12. 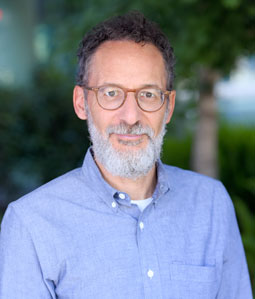 In this cohort study of 50 mothers and their babies, investigators analyzed breast milk composition and frequency of feeding at 1 and 6 months of age. Cognitive development was measured at 24 months using the Bayley-III scale, a standardized test of infant and toddler development. The study showed that the amount of 2’FL in breast milk in the first month of feeding was related to significantly higher cognitive development scores in babies by 2 years of age. The amount of 2’FL in breast milk at 6 months of feeding was not related to cognitive outcomes, indicating that early exposure may be more beneficial.

Many studies have reported a positive effect of breastfeeding on cognitive development. “We wanted to specifically identify what was causing this effect,” said Michael Goran, PhD, Director of the Diabetes and Obesity Program at The Saban Research Institute of Children’s Hospital Los Angeles and senior author on the study.

“Through our high-throughput analytical platform we can quantify oligosaccharides like 2’FL and many others in hundreds of breast milk samples in a short period of time,” says study collaborator and co-author Lars Bode, PhD, Professor of Pediatrics and Director of the Mother-Milk-Infant Center of Research Excellence at the University of California, San Diego. “This technology allows us to associate differences in milk composition with specific infant outcomes like cognitive development, validating existing data from preclinical models or generating entirely new hypotheses,” Bode adds.

Using a statistical technique called mediation analysis, the investigators were able to independently evaluate the effects of breastfeeding in general, and the effects of the oligosaccharide 2’FL.

“This enhanced cognitive development in the first 2 years of life raises the question of possible long term impact on a child­–in school and beyond,” said Paige Berger, PhD, RD, a postdoctoral research associate at CHLA and the first author of the study.

These observations allowed the team to conclude that the increased neurodevelopment provided by breastfeeding was due primarily to mothers who were producing more 2’FL for the baby to consume.

“We know that there are many different compounds in breast milk and the composition is dynamic – it changes over time and is highly variable between mothers,” Dr. Goran said. “In addition to identifying the impact of oligosaccharide 2’FL, we also wanted to determine the timing of when it is most critical to a child’s development.”

While the investigators observed neuroenhancement explained by higher 2’FL during the first month of a baby’s life, this effect was not observed when looking at 2’FL content of breast milk at the six-month time-point. Being able to identify factors critical to early neurodevelopment offers the possibility for supplementing women’s breast milk in individuals who produce lower quantities of this important substance.

“For some women, breastfeeding is a challenge. For those that are not able to breastfeed or can only do so short-term, 2’FL could potentially be offered as an add-on to the nutrition their baby is receiving to better support cognitive development,” said Dr. Berger.

Additional study authors include: Jasmine F. Plows, Roshonda B. Jones, Ji Hoon Ryoo and Bradley S. Peterson of The Saban Research Institute of Children’s Hospital Los Angeles, Marie Poulsen of the University Center for Excellence in Developmental Disabilities at CHLA, Tanya L. Alderete of the University of Colorado Boulder, and Chloe Yonemitsu and Lars Bode of the University of California, San Diego. This study was funded by The Gerber Foundation and the National Institutes of Health (R01 DK 110793).

Founded in 1901, Children's Hospital Los Angeles is ranked the top children’s hospital in California and fifth in the nation for clinical excellence with its selection to the prestigious U.S. News & World Report Honor Roll of children’s hospitals. Clinical care is led by physicians who are faculty members of the Keck School of Medicine of USC through an affiliation dating from 1932. The hospital also leads the largest pediatric residency training program at a freestanding children’s hospital of its kind in the western United States. The Saban Research Institute of Children’s Hospital Los Angeles encompasses basic, translational and clinical research conducted at CHLA. To learn more, follow us on Facebook, Instagram, LinkedIn and Twitter, and visit our blog for families (CHLA.org/blog) and our research blog (chla.org/blog/research).