Results of the global, multicenter, pivotal phase 2 study that led to the first FDA approval of a gene therapy/cell therapy approach known as CAR T-cell therapy, were published on January 31 in the New England Journal of Medicine. The therapy, tisagenlecleucel, uses a patient’s own white blood cells that have been genetically re-engineered to specifically target and kill cancer cells. It was approved in August 2017 to treat pediatric acute lymphoblastic leukemia (ALL), the most common childhood cancer. Senior 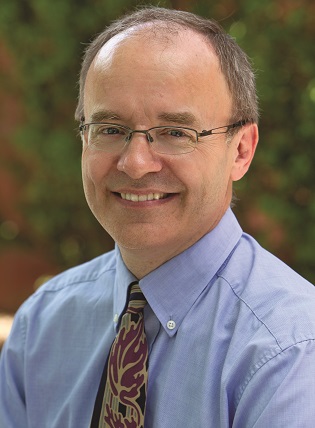 “Stephan Grupp and his team at CHOP pioneered this therapy and were able to show it was effective when manufactured and administered at a single site,” said Pulsipher, section head of Blood and Marrow Transplantation at the Children’s Center for Cancer and Blood Diseases at CHLA. “For this study, we worked together with many colleagues to demonstrate that treatment with CAR T-cell therapy is not only feasible in a global, multisite setting but that it is also equally safe and effective.”

Pulsipher, who is also Chair of the Pediatric Blood and Marrow Transplant Consortium, worked with Grupp and the paper’s primary author, Shannon Maude from CHOP, as well as investigators from the US, Canada, Europe, Japan, and Australia to organize and run the trial, teaming with Novartis, the industry sponsor of the trial. The study was conducted at 25 sites in 11 countries.

The New England Journal paper reports on 75 evaluable patients between 3 to 21 years of age with relapsed or treatment refractory B-cell ALL. 61% of these patients had relapsed after allogeneic hematopoietic stem cell transplantation, an intensive therapy intended to be curative and whose failure leaves few remaining options. For comparison, the paper cites another FDA-approved therapy for the treatment of children with relapsed or refractory ALL; it produced a response rate of 20% with a median overall survival time of 13 weeks.

“Previously, for patients who relapsed after transplant or did not respond to treatment – there wasn’t much else we had to offer them and often, they went to hospice,” said Pulsipher. “Now, instead of sending them to hospice – we treat them with CAR-T-cells, make them better, then send them home.”

The updated analysis showed an overall remission rate of 81% within 3 months of treatment. All patients who responded to therapy showed no minimal residual disease by flow cytometry – the most sensitive means of analysis. Overall survival was 90% at 6 months and 76% at 12 months. The median length of remission was not reached, with tisagenlecleucel remaining in the blood for up to 20 months.

“CAR-T therapy is truly a game changer for pediatric leukemia,” said Alan S. Wayne, MD, director of the Children’s Center for Cancer and Blood Diseases at CHLA. “We are pleased to be one of a small number of institutions able to offer this new treatment to children for whom conventional therapies have failed.”

Substantial side effects are associated with this therapy; grade 3 or 4 adverse events that may have been related to the therapy occurred in 73% of patients. The most significant side effects included cytokine release syndrome, often requiring admission to an intensive care unit, and neurological events in 40% of patients.