How Does She Do It?

Published on
May 9, 2021
Categories:
Work That Matters 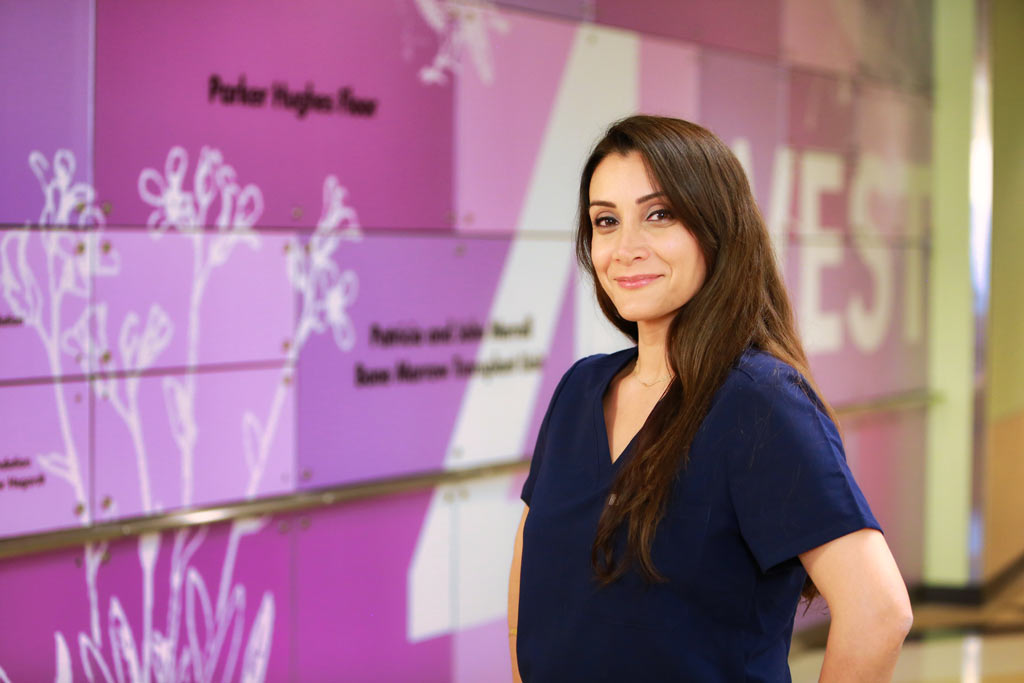 There’s a saying in life, “When you know, you know.” For Sona Daldumyan, it was knowing from the time she was a young girl growing up in Armenia that she wanted to be a nurse.

“My mom was a dress maker, so she made a little uniform for me and sewed a red cross on the sleeve,” Daldumyan says, smiling as she recalls playing with childhood friends. “I had a little medic purse I wore around my waist and I put gauze and cotton balls in it. The boys would play war games and pretend to get injured and then I would tend to their (fake) wounds and ‘heal’ them.”

Now Daldumyan, a lead Oncology Charge Nurse at Children’s Hospital Los Angeles, heals people for real. The 21-year veteran whose entire career has been spent at CHLA, says she knew she was right where she belonged “from the moment I stepped off the elevator onto the unit. I feel honored to take care of patients and their families.”

As hospitals around the country celebrate National Nurses Week May 6-12, Daldumyan represents the kind of dedication that many of CHLA’s nurses exhibit toward pediatric patients and their families.

The COVID-19 pandemic caused a ripple effect of stressors, most notably for frontline workers whose workloads increased, all the while juggling their personal lives, including taking care of their own children. Daldumyan is an only parent with three school-age kids— Sophia, 13, Colette, 11, and Michael, 8. 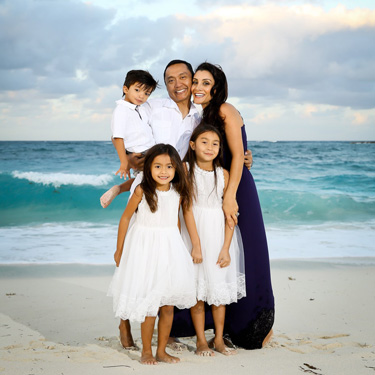 Jed and Sona with Michael, Colette and Sophia

How does she make it all work?

“I don’t know how she does it,” remarks 4 West Manager Melissa Stallings, RN, BSN, CPHON. “She’s the closest thing to Wonder Woman I’ve ever seen.”

“I’m just a mom making it work,” Daldumyan says matter-of-factly. “Everyone has assigned chores. They know that we are a family and the only way we can get through this and be strong is by each person doing their part.”

Daldumyan is no stranger to adversity. In 2017, her husband, beloved CHLA physician assistant Jed Sejismundo, passed away after an 18-month battle with pancreatic cancer.

Daldumyan’s family emigrated to the United States following the devastating 1988 earthquake that rocked Armenia. The family lost everything and decided to move to Los Angeles to be near family and start over. Daldumyan earned her associate’s degree at Santa Monica College and then enrolled in nursing school. She was hired by Children’s Hospital Los Angeles in 2000 as a nursing assistant and became a nurse in Hematology-Oncology upon graduating in 2001.

“A few months after starting my RN residency, I met the love of my life—Jed—while he was doing procedures on a patient. It’s funny, that patient saw something between us that we didn’t realize until later,” Daldumyan says. “During the procedure, the patient asked me all sorts of questions—my favorite music, my favorite kind of movies, my favorite flowers. Every time I’d answer her, she’d turn to Jed and say, ‘You hear that Jed?’

“A few years later, Jed and I bonded over our grief when we learned that patient had passed away,” Daldumyan says. “We ended up falling in love, getting married, having three kids, the house, the minivan. Life couldn’t have been more perfect.”

“Jed went in for gallstones but instead got diagnosed with pancreatic adenocarcinoma,” Daldumyan says. “I remember it like it was yesterday when the doctor came into the room after the procedure to give me the news.” 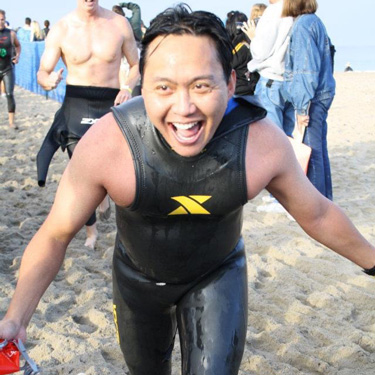 The couple decided that while Jed underwent treatment they would “say ‘yes’ to everything” and “make memories” by spending as much time as possible together as a family.

“I would do my three shifts during the week. Then every weekend we would pack up the kids and travel—New York, the Bahamas, Disneyland,” Daldumyan says, noting that Jed responded well to the chemotherapy treatments.

Jed’s remission, however, was short-lived. In 2017, he relapsed; he and the family were heartbroken. “I asked him ‘What do you want to do?’ And he said ‘I want to marry you again.’ So we packed up the kids and went to Las Vegas. Our son Michael walked me down the aisle, our daughters were his best girls and we got married again!”

In October 2017, Jed passed away. Daldumyan returned to work a month later, much to the surprise of some of her colleagues who wondered why she didn’t transfer to another unit.  But the Hematology-Oncology unit, Daldumyan says, is her home.

“A lot of people didn’t think I’d go back to the Hem-Onc floor, but I like helping people with cancer,” Daldumyan says, acknowledging that there are some days that are tough for her, especially when a patient relapses. “Because I know what hearing that diagnosis feels like, I feel I can offer a different perspective and practical advice—and maybe I can make it suck a little bit less. You can’t fix everything, but you can fix some things enough where a person might have a good day.”

It’s all about the patients

Daldumyan doesn’t mind going to extraordinary lengths so her patients can continue doing “routine” activities. When a bed-ridden patient really wanted an old-fashioned hair wash, Daldumyan went online and found an inflatable hair-washing station that was soft around the patient’s neck and gave the nurses the ability to pour water over the patient’s head. 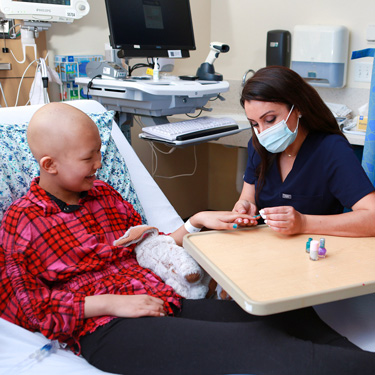 During the pandemic, Daldumyan juggled taking care of her three kids as they adjusted to remote learning with working full time and overseeing a home renovation—a project that she and Jed had planned together. When an international patient’s family was unable to be in Los Angeles, Daldumyan made the time to provide the child with extra support.

“There are some patients who have cultural differences or don’t have family at the bedside or don’t speak English,” Stallings says. “Sona is a great nurse for every patient, but for these patients she really goes above and beyond because she knows everything they do is going to be more difficult for them.”

And if the patient is having a good week?

That’s easy, she says. “I tell them to take a trip. Do something outside. Make memories together.  And like Jed used to say, ‘say yes to everything.’”

Join a hospital where the work you do matters. Visit Jobs.CHLA.org and apply today.