She Is Tessa, Hear Her Roar 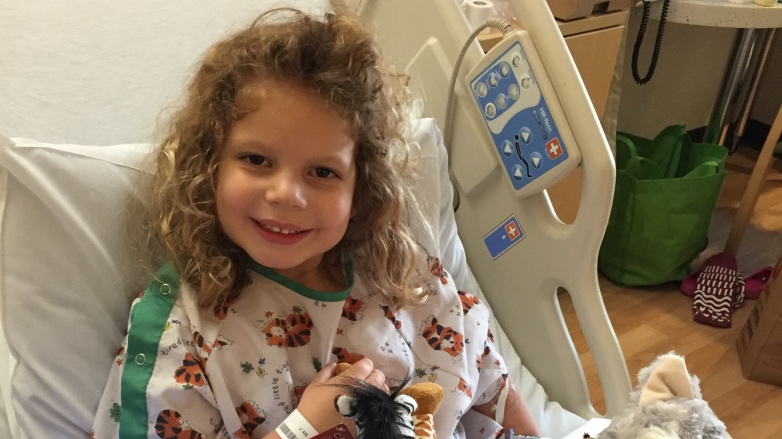 Urged on by a mantra started by her parents, Tessa fought like a tiger to overcome leukemia.

It was an innocent question, one for which Meredith had the good fortune of not knowing the answer—otherwise she wouldn't have asked it: "What are labs?"

After a week of fever for her 4-year-old daughter, Tessa, the usual pediatric culprits—strep, ear infection—had been exonerated, so her pediatrician ordered labs, explaining that labs were merely a simple blood draw.

"Now I look back and laugh," Meredith says. "I didn’t know what labs were. I didn't know anything about anything—then."

Then wasn't destined to last much longer.

The test results showed that Tessa's white blood cell count was low, leading automatically to the presumption that she had a virus, which would run its course. When the fever and low white count persisted, the pediatrician escalated the case. An infectious disease specialist, noting Tessa's chapped lips and red eyes, was suspicious of Kawasaki disease, but an echocardiogram turned up nothing. Next came a referral to a pediatric rheumatologist, who laid out Tessa's condition squarely.

Confusing matters was Tessa's cheerfulness. All along, the pediatrician had told Meredith she was not worried about leukemia, considering how vibrant and unaffected Tessa appeared. After the opinion of the rheumatologist, the pediatrician ordered a bone marrow biopsy. It came back inconclusive, so a second one was done three days later, leaving no ambiguity. The finding was acute lymphoblastic leukemia (ALL).

That was a Friday, Oct. 9, 2015, and arrangements were made for Tessa to begin treatment at her local hospital the following Monday. Family members urged Meredith to bring her sooner to Children's Hospital Los Angeles. The in-laws of one of her two sisters were friends with Robert Adler, MD, a pediatrician and chief medical officer for the CHLA Health System, and enlisted his help to get Meredith to act. Adler made a call to Meredith at 9 p.m. that Saturday night. He told her flatly that her daughter should not be at home.

Meredith countered, remarking that Tessa was "literally playing soccer in the hallway with her brother" and appeared fine. 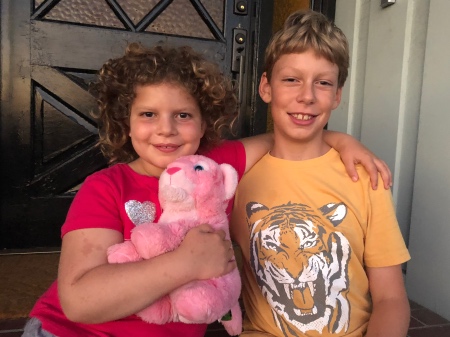 Tessa with her older brother, Rhys

Adler wouldn't have it. "No," he said. "Your daughter has leukemia. You need to bring her to the hospital."

His message got through, and Meredith and her husband, Brett, brought Tessa to CHLA the next morning. "I was devastated," she says. "I don't want to ever go back to how those 48 hours felt, between Friday finding out and Sunday morning admitting her to the hospital."

Her outlook was revived Monday morning when the family awoke to what Meredith is convinced was no random act of scheduling. Her other sister volunteers at Dream Street, a summer camp for kids battling illness, and has made friends with several of the CHLA nurses who also volunteer at Dream Street—including the one in the hospital's Infusion Center who was stationed at the desk outside Tessa's room that first morning.

It struck Meredith as too powerful to be coincidental, but was rather a surefire instance of cosmic intervention.

"It was like a sign someone sent you: You're not doing this alone," she says. "Despite this horrible thing that you have to go through, there's someone making sure you're going to be OK. And I'm not religious at all, in any way, but that was not accidental. There was no way that that wasn't the universe saying, 'We haven't forgotten you. We haven't put you somewhere that you can't handle. We're going to get you through this.'"

After antibiotics subdued Tessa's fever, she began treatment for ALL, starting with blitzing the leukemia cells with an intense 30 days of intravenous and oral chemotherapy, under the care of CHLA oncologist Jacquelyn Baskin, MD, who was on service the day Tessa arrived in the Emergency Department.

Tessa passed the critical first marker: A bone marrow biopsy after the first month of chemotherapy found no evidence of leukemia. She was in remission. She would receive rigorous treatment for the next several months, a period called consolidation in which the regimen of chemotherapy continues, aiming to kill off any dormant leukemia cells that weren't zapped in the initial 30 days. Regular lumbar punctures searched for any abnormal cells lurking in the spine.

In June 2016, Tessa advanced to the lengthy maintenance phase, reducing the weekly trips to the hospital for intravenous chemo to monthly, while continuing to take oral chemo medication at home.

Meredith says outside of a lot of fatigue, Tessa bore up well. Nausea was minimal and the hair loss didn't faze her. It was the concurrent regimen of steroids that had the worst effects.

"It made her cranky, it made her angry, it made her moody—and hungry," Meredith says. "Steroids make you so hungry. She was doing five days of steroids every month. It started on a Thursday and would go till Tuesday. We would plan our life around it: If it's a steroid weekend, don't make any plans."

Brett recalls a moment at the hospital early on, awaiting one of Tessa's first lumbar punctures. She was in the midst of her program of steroids but couldn't eat prior to the procedure.

"She was like a ravenous bear," he says. "I'll never forget being in the waiting room and she's just going bananas. She's yelling and screaming at us how hungry she is. This other family, with a boy—I think he was a month or two ahead of Tessa on the protocol—they look over and say, 'It will get better.'"

To get Tessa through the roughest parts of treatment, Meredith and Brett came up with a motto. They called their daughter a tough tiger. "Tessa, you can do it," they would implore. "You're a tough tiger."

Brett, who works for Warner Bros. in film distribution, is a winemaker on the side. In 2016 he developed a rosé he named Pink Tiger, a nod to Tessa's dogged spirit as well as her favorite color.

A graphic designer friend created the label for the wine, setting white paw prints on a background of pink tiger stripes. On the backside, Brett wrote a blurb that mentioned his daughter's health crisis and shouted out "all of the tough tigers out there" fighting leukemia.

"These kids, the way they handle it, it leaves you in awe," he says. "They just deal like you wouldn't imagine. They carry on."

The label also notes that all money from sales of the wine is donated to "one of the world's greatest cancer-fighting institutions, Children's Hospital Los Angeles."

Last year, that sum turned out to be $1,500 after Brett sold the 20-odd cases of Pink Tiger within two days, mostly to family and friends in Southern California. Warner Bros. kicked in another $1,000, bringing the total contribution to $2,500. This year, with an increase in the price of a bottle, he's hoping to reach $3,500. 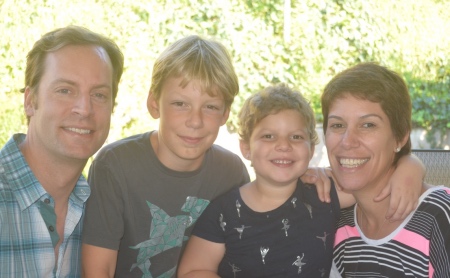 Tessa and family: on her right, father Brett and brother Rhys; on her left, mother Meredith

"Tessa knows this is her wine," he says. "When we bottled the 2016—the first vintage of this—she and I went to the winery; she was right there with me. When we saw those first bottles coming around the conveyor belt, it was really special."

Tessa took her final oral chemotherapy tablet on Feb. 9, 2018, ending her leukemia treatment. For the time being, she returns to CHLA every eight weeks so Baskin can check her blood cell counts and examine her for anything out of the ordinary.

"If all those things are negative and she's doing fine at home, then the concern for relapse is low," Baskin says.

Since going off the medication, Tessa, now 7, has her old juice back. "It's like someone took a pound of bricks off her shoulders," Meredith says. "Before, we'd go somewhere and she'd say, 'I don’t want to walk. It's too far.' Now the kid dances everywhere she goes. She's a different child."

Meredith is changed as well. She has had her fill of turbulence and now aspires to nothing beyond humdrum. "If you can give me routine for the rest of my life, I'll take it. I don't need anything exciting. I just want to get up every day, drop my kids off at school, go to work, come home and make them dinner. The stresses of everyday life are a godsend."

Recently, a friend at Brett's job gave him a pink-tiger stuffed animal to pass on to Tessa. She walks around all day clutching it. She'll outgrow it. But the backstory will endure. "Absolutely," Meredith says. "She is a tough tiger. She will forever be a tough tiger."