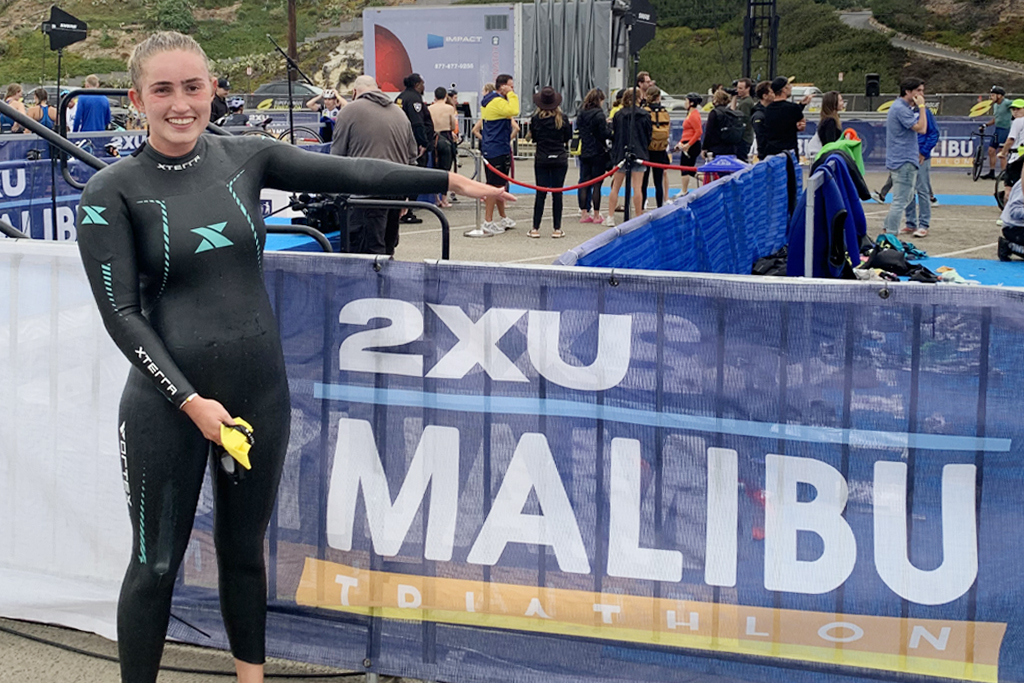 The 17-year-old, who is grateful for her lifesaving care at Children’s Hospital Los Angeles, is competing in the 2XU Malibu Triathlon.

When athletes line up for the 2XU Malibu Triathlon in September, one young competitor will be vying for something far more important than a spot on the leader board. Lauren, 17, is motivated to support the hospital that saved her life nearly 10 years ago.

“I owe so much to Children’s Hospital Los Angeles and to the doctors and nurses who treated me when I was young,” says Lauren. “This is a great way to give back.”

To get ready for the Malibu Triathlon—which raises funds for pediatric cancer research at CHLA—as part of a relay team, Lauren is spending hours before and after school swimming to make sure she’s at her best. She will be competing in the swimming leg of the Classic Distance event on Sept. 18, which comprises a half-mile swim, 17-mile bike and 4-mile run.

She says participating in the Malibu Tri is a great way to raise awareness about the importance of supporting research at Children’s Hospital Los Angeles, and an even better way to thank the doctors and nurses who did everything they could to make sure she had the chance to grow up and become a teenage athlete. 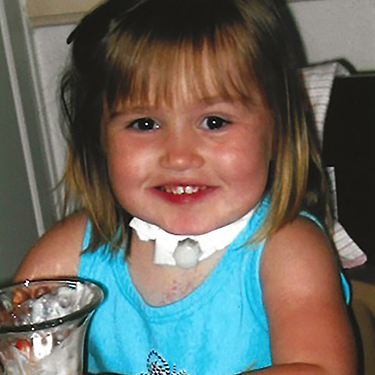 Lauren with her trach as a child

From the very first days of life, Lauren has battled serious medical conditions.

She was born with a birthmark called a hemangioma that grew to block 95% of her airway by the time she was 9 weeks old. Doctors at CHLA put in a tracheostomy tube (known as a “trach”) to keep her breathing, a lifesaving intervention that stayed in for the first few years of Lauren’s life.

While the trach was necessary to save Lauren, it significantly impacted her early childhood. She wasn’t allowed to play with other kids due to a weakened immune system, and fun experiences like frolicking in the sand and water at the beach were out of the question because they could potentially clog her trach.

“I don’t remember much from that time, but obviously I understand what I went through,” she says.

Every three months, Lauren returned to the operating room at CHLA so doctors could examine her airway and to make sure the hemangioma was shrinking, as it was expected to do. After more than three years, the growth shrank enough to safely remove the trach, and Lauren was able to breathe normally.

“We got through that and thought, ‘That was difficult, thank goodness it’s over,’” recalls Lauren’s mom, Monika.

Little did her family know, the most challenging part of Lauren’s journey was still to come.

A few years after Lauren’s trach was removed, she started having severe migraines, prompting a new round of visits to Children’s Hospital Los Angeles.

After multiples appointments and MRIs, Lauren, then age 6, was diagnosed with another rare condition: Moya-Moya disease. In simple terms, Moya-Moya is when blocked arteries near the brainstem prevent the requisite amount of blood from circulating to the rest of the brain. The condition can cause a stroke—or permanent damage the brain.

Lauren needed surgery to increase the blood flow to her brain. She had two operations, one on each side of her brain, three months apart. Thankfully, the surgeries were successful and she recovered fully.

“Thinking about how lucky I was, to beat the odds twice, I really feel fortunate that I had the doctors from Children’s Hospital helping me through,” Lauren says. “Once the surgery was successful, I was excited to get back to all the childhood experiences I had missed. Basically, I was excited to be a kid again.” 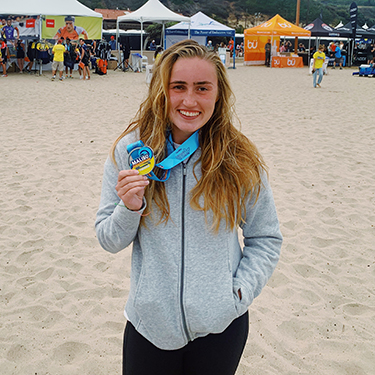 Lauren at the 2021 Malibu Triathlon

Lauren never forgot the doctors, nurses and other staff members at Children’s Hospital Los Angeles who helped her through those difficult early years. As she grew up, Lauren became an athlete, and in 2019 she signed up for the Malibu Triathlon to raise money for the hospital that saved her life.

This year, Lauren is at it again, training for the 2XU Malibu Triathlon and raising money to support pediatric cancer research at CHLA. This time her goal is to raise $25,000.

If Lauren achieves her goal, she will have raised nearly $65,000 in three years for Children’s Hospital Los Angeles, a meaningful contribution to the more than $16 million the event has raised over 16 years for pediatric cancer research at CHLA. Event organizers seek to raise a total of $1.1 million this year.

“I’m excited to raise money for programs that help children in need and give back to the hospital that saved my life,” she says. “Hopefully my contributions will help other kids become success stories, too.”

Looking back on her medical journey, Lauren thanks her doctors and nurses at CHLA for helping her to discover her love for the ocean, which started in those weeks and months after she got her trach tube removed.

“They helped inspire my love for swimming,” says Lauren, who hopes to be a psychologist or other medical professional someday. “Because of them, I can compete today.”

Lauren is excited to continue her journey and to pay it forward by raising funds to help other kids have a fulfilling life.