A World of Good: Baby Ali, born in Qatar, Has His Heart Rebuilt at CHLA 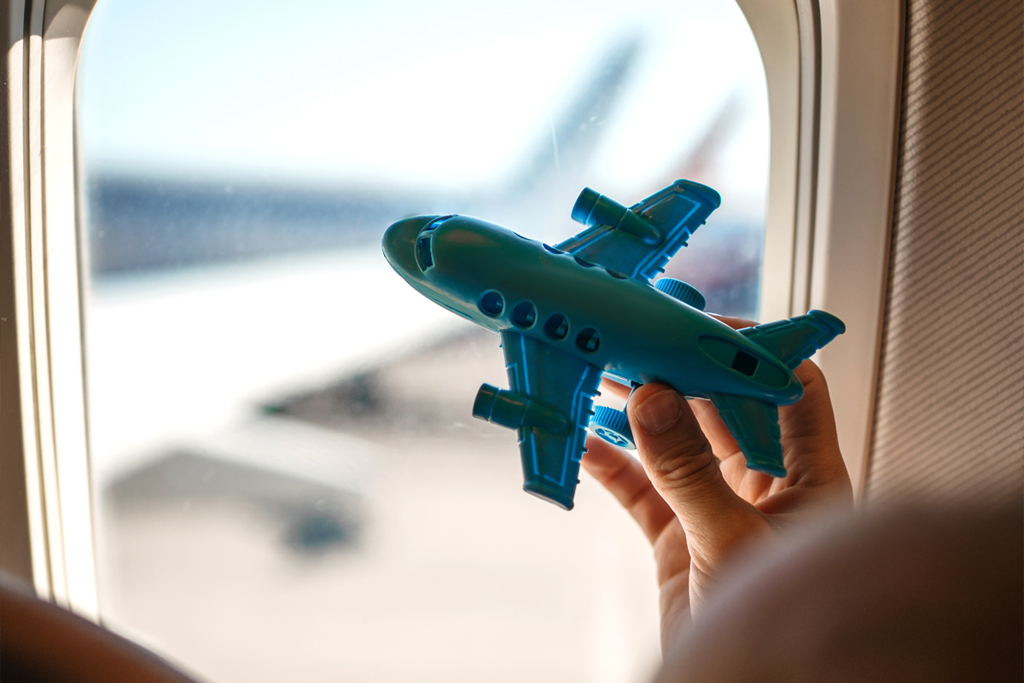 Surgeons repair an infant’s potentially life-shortening congenital defect, with an assist from the hospital’s Center for Global Health.

Did you consider taking your son to other hospitals before deciding on Children’s Hospital Los Angeles?

Just this once, Hamad doesn’t look to the translator to deliver his answer. Body language will suffice. He extends his right arm out in front of him, slightly bent, and makes a slight, sharp chopping gesture down and forward, his eyes looking decisively in the same direction. It’s the universal gesture for all systems go, not a moment’s doubt or equivocation. Then, via the translator, he says, “My heart was at peace.”

Months earlier, in October 2021, Hamad’s infant son, Ali, was born with a severe heart abnormality called atrioventricular septal defect (AVSD)—a large cavity right at the core of the heart, a result of the incomplete development of the walls, or septa, that separate the heart’s upper and lower chambers.

It was a dangerous condition that needed to be repaired, and Hamad asked around in his native city of Doha, Qatar, for recommendations for a pediatric heart surgeon. He found two other families whose children had suffered similar congenital heart defects; both had flown across the world for treatment at Children’s Hospital Los Angeles.

“Qatar is a very small country—everybody knows everybody,” Hamad says. “The word of mouth spreads like fire. If you have a child that went to the United States for surgery, the next day everybody in Qatar will know it.”

He did his research and was sold on the Heart Institute at CHLA, persuaded by the success stories he had heard and the reputation of its co-Director, cardiothoracic surgeon Vaughn Starnes, MD, who had gained great esteem in Qatar. Next was figuring out how to book an appointment 8,300 miles away. 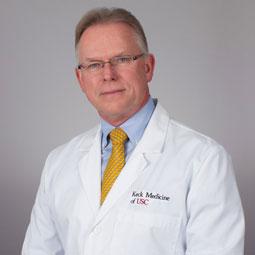 In the fourth month of Hamad’s wife’s pregnancy, an ultrasound revealed Ali’s heart defect. It also showed that the baby had Down syndrome. The two conditions have a high association. About 40% of kids with Down syndrome have congenital heart disorders; AVSD is the most common of them.

Doctors advised Hamad and his wife that ending the pregnancy was a consideration. But after six years of marriage, this was their first chance at a child and they didn’t want to terminate it if the heart issue could be treated.

A parent who recommended taking Ali to Children’s Hospital Los Angeles gave Hamad the contact information for Sami Mekhemar, a consultant in the hospital’s Center for Global Health who serves as a liaison to Arabic-speaking nations. In February, Hamad reached out to Sami through email, the first move in what became a two-month effort of working with the Qatar government, which funded the trip to Los Angeles and Ali’s medical care, in coordination with the Heart Institute to get Ali to CHLA for surgery.

As bureaucratic processes go, the two months was swift and fairly unimpeded. Doing this work for 35 years, and with CHLA for the past 13 of them, Mekhemar, a native of Alexandria, Egypt, knows how to maneuver within the system. He says that Hamad’s responsiveness was key. Any medical history or imaging Sami needed to provide to the CHLA cardiology team for evaluation came through quickly.

“Anything I asked him for—records, investigations, everything—he always sent it to me right away,” Mekhemar says. “That made my job easier. This helped a lot to have the surgery expedited after his arrival because the team here had almost all the information they needed to know about Ali. The decision to schedule the surgery for him was already done as soon as he arrived.” 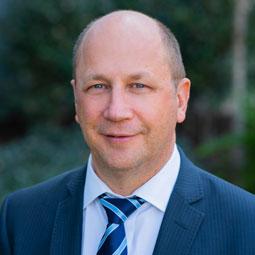 The bull’s eye of the heart

At Children’s Hospital Los Angeles, Ali’s case came to Paul F. Kantor, MBBCh, MSc, FRCPC, Chief of the Division of Cardiology and co-Director of the Heart Institute. In global health cases of this complexity, Dr. Kantor takes it on himself to sort the urgent from the non-urgent. Ali fell into the first group.

“This is a defect that doesn't fix itself,” Dr. Kantor says. “It’s right in the bull’s eye, the middle part of the heart, and if it's unrepaired it will lead to irreversible consequences, which will result in premature death sometime in the first or second decade of life.”

In a normal-functioning system, blood is steered through the heart’s four chambers by walls, or septa, that meet in the middle, sealing off the deoxygenated blood returning to the right side of the heart from mixing with the oxygenated blood that’s being pumped back out to the body on the left side of the heart. In cases of AVSD, the walls don’t grow together, leaving a cavity at the heart’s center that disorders the circulation as blood moves among the chambers of the heart unregulated. Hence, the informal name of the condition: a hole in the heart.

“Essentially the center of the heart fails to form,” says John David Cleveland, MD, one of the two cardiothoracic surgeons, along with Dr. Starnes, assigned to the case by Dr. Kantor. “It’s not a common condition overall, but in terms of congenital heart disease, it is pretty common.”

Dr. Cleveland first saw Ali and Hamad in mid-April. From reviewing the imaging and the clinic notes provided by Ali’s medical team in Qatar, he had already determined that Ali was a candidate for surgery.

“When we have people fly from Qatar, we are making a commitment at that point to offer an operation when they get here, regardless of how difficult it is,” he says. “We should be willing to offer any child in the world the chance at life.” 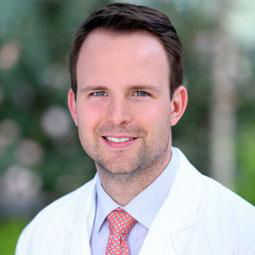 Working with Dr. Starnes, Dr. Cleveland set out to rebuild Ali’s heart according to how it would look had the center of it developed correctly.

“You have to re-create a center for him,” Dr. Cleveland says.

Ali had two areas that had to be patched shut, one in the wall that divides the heart’s upper chambers—the atria—and one in the wall that divides the lower chambers—the ventricles. In addition, where there should be two separate valves conducting blood between the upper and lower chambers, one on the right and left sides of the heart, Ali had only one large common valve in the center of his heart, further disorganizing blood flow. Dr. Cleveland needed to construct a pair of valves out of just that one.

On May 5, Dr. Cleveland and Dr. Starnes performed the surgery successfully—and at 64 minutes, briskly. Speed is an advantage, Dr. Cleveland says, as it allows the medical team to get patients off the heart-bypass machine that keeps the heart pumping during the operation, limiting the risk of complications. “That's one of the things that makes us really good here. I think we are some of the fastest cardiac surgeons in the world.”

Dr. Kantor says that the speed should be seen as a sign of the surgeon’s prowess, rather than the ease of the surgery.

“We get good results because we do it a lot. At least once a week we’re doing this procedure. In that sense, it's common. Does that mean it's easy? No. It's not nearly as simple as some other types of hole closures, because not only are you sewing a patch on a hole, you're refashioning a valve that has very deficient leaflet tissue. There's a fair amount of artistry involved and significant surgical skill. It's not for the faint of heart.”

Since the surgery, the symptoms that Ali exhibited—shortness of breath and excessive perspiration, principally—have improved and should eventually be entirely resolved. Hamad says his son’s energy level and appetite are much better, and he’s growing.

The family will soon be returning to Qatar, and Ali will be followed by a local cardiologist, but Dr. Kantor will be available if needed via telehealth and Mekhemar will stay on as middleman. “When a family leaves, we still communicate,” Mekhemar says. “The connection and the relationship are not ended. We continue.”

“I’m grateful to God that I chose this hospital and that I found the right surgeons,” Hamad says. “I’m counting my blessings, like you say.”

Relieved by the outcome of the surgery, Hamad now finally gets the chance to be a tourist in Los Angeles. He says Disneyland tops his list of destinations. Earlier, his state of mind wasn’t suited for a trip to the Happiest Place on Earth, but it is now.

For more information on the Center for Global Health at Children’s Hospital Los Angeles, click here.