‘W’ Sitting Is Not Bad for Kids, CHLA Study Finds 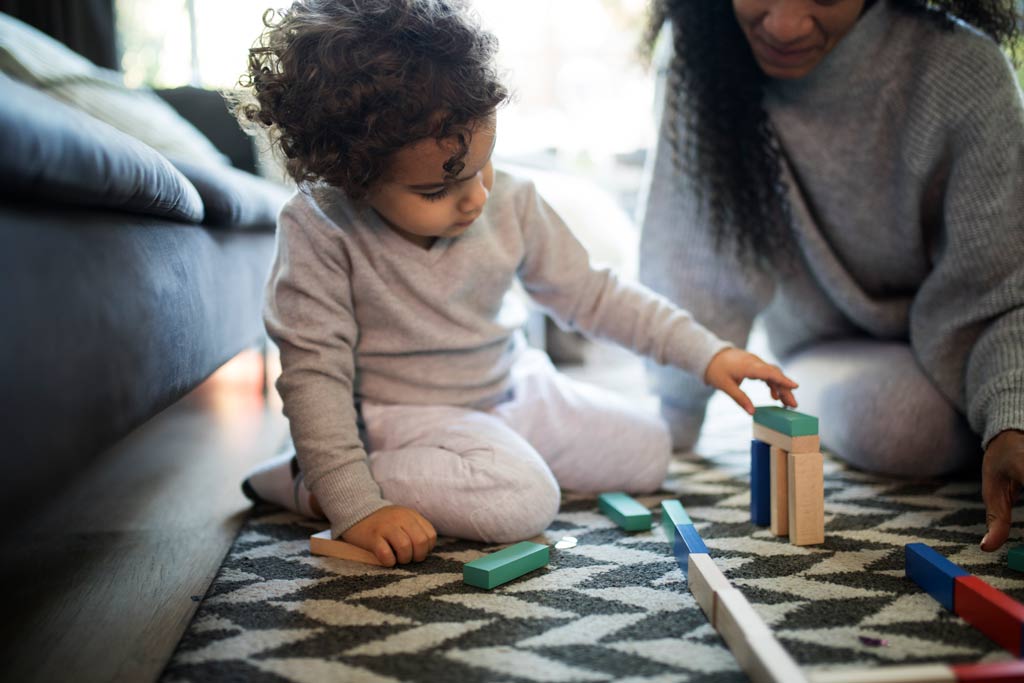 Parents are often told that if their child sits in a ‘W’ position it will affect their hips. Not so, a new study reports.

Have you heard that the way your child sits is a problem?

For years, well-meaning teachers, grandparents and even some health care providers have told parents they should stop their child from sitting in a ‘W’ position. This is when children sit with their butts on floor and their legs bent behind them and splayed to the side of the hips, with the knees facing forward.

In reality, sitting this way is not harmful at all, says Rachel Goldstein, MD, MPH, Director of the Hip Preservation Program in the Jackie and Gene Autry Orthopedic Center at Children’s Hospital Los Angeles. “There is a lot of misinformation out there about ‘W’ sitting,” she says. “You Google ‘W sitting’ and what comes up is a bunch of doom and gloom: ‘Do not let them sit like this, it will hurt their hip development, it will hurt their core development.’”

Dr. Goldstein, who is also Associate Professor of Clinical Surgery at the Keck School of Medicine of USC, says there is no documented evidence showing ‘W’ sitting causes problems. To her knowledge, ‘W’ sitting has actually never been formally studied by medical researchers—which prompted Dr. Goldstein and other researchers to study the topic.

“I wanted to see if we could prove with science that there is a lot of misinformation, that ‘W’ sitting is just a natural part of the development of the hip,” she says.

To conduct the study, Dr. Goldstein and colleagues reached out to the parents of children who came to Children’s Hospital Los Angeles for hip X-rays between July 2013 and December 2016. Parents of 104 children filled out a survey that asked about their child’s sitting habits, including whether or not their child ‘W’ sits. The survey also asked if they had ever been told that ‘W’ sitting is bad for their child.

Approximately 46% said their child ‘W’ sits or has in the past, and, not surprisingly, 26% of parents said they’d been told that ‘W’ sitting affects children’s hips.

The researchers checked to see which of the children showed signs of hip dysplasia in their X-rays—an issue that some parents had been told could happen with ‘W’ sitting. Hip dysplasia is when the hip socket has an abnormal shape that causes the hip joint to become dislocated. Dr. Goldstein and colleagues found that the children who did ‘W’ sit at the time or at some point in the past were not more likely to have hip dysplasia.

Why Some Kids ‘W’ Sit

It looks uncomfortable, so why do children ‘W’ sit? As Dr. Goldstein explains, it’s because some children have more inward twist in their thigh bones than other children, so they can easily bring their knees in and feet out. In fact, for some children, sitting with their legs crossed in front of them may be uncomfortable because their thigh bones have less twist in the forward position than the inward position.

Everyone is born with a lot of twist to their thigh bone, but at around age 8 it starts to untwist. This is why younger children, such as toddlers, are often seen ‘W’ sitting. And it’s often noticed by a preschool teacher because once children enter kindergarten they tend to sit in chairs. Some teenagers and even adults can ‘W’ sit comfortably, Dr. Goldstein says, pointing out that pop star Britney Spears was photographed sitting this way on her first album cover when she was a teen.

How much a child ‘W’ sits doesn’t make much a difference either.

“There is pretty much no scenario in which ‘W’ sitting is really a concern,” she says.

Then where did the myth that ‘W’ sitting is bad come from? That, for now, remains a mystery, Dr. Goldstein says. But what we do know is that parents don’t have to worry about it.

“You have much bigger battles to pick than preventing your child from ‘W’ sitting. You will not do them any harm by allowing it to happen,” she says.

Things You Should Be Concerned About

There are some movement issues that parents should watch for in their young children. Take notice, for example, if children aren’t walking by 15 months old, have suddenly changed the way they walk, are still primarily walking on their toes by age 3, or are able to do something on one side of the body but not the other side. Talk to your pediatrician if you notice these issues, Dr. Goldstein says.