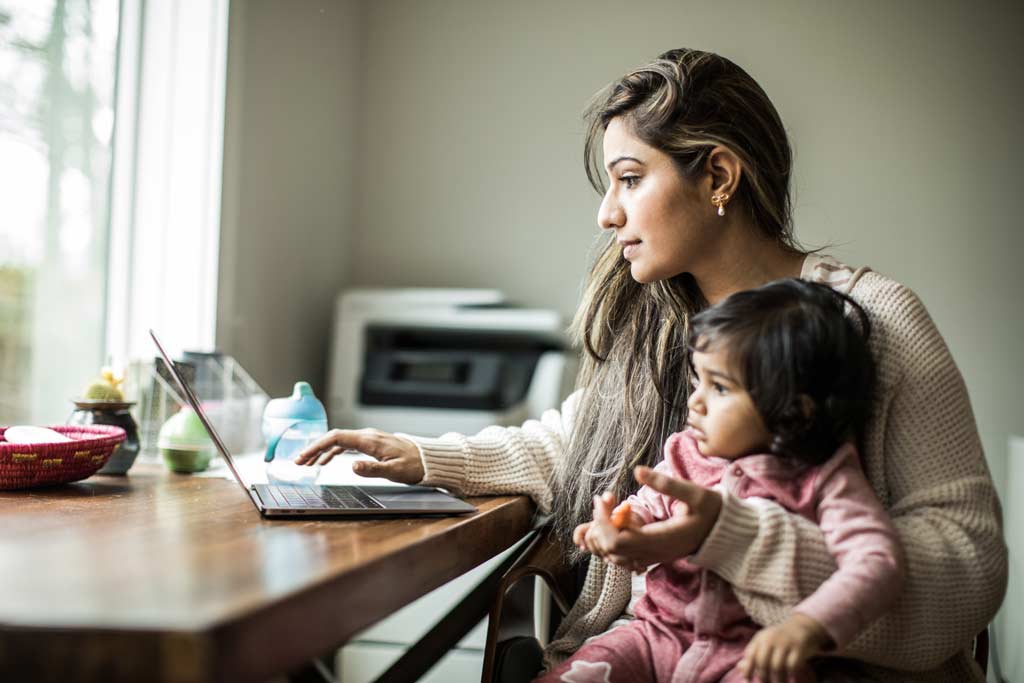 “People remember things that are scary or different or sound unusual to them,” Tanya Altmann, MD, says from her office at Calabasas Pediatrics. “It’s harder to relearn the truth.”

As such, Dr. Altmann, a member of the Children’s Hospital Los Angeles Health Network, has steady work to do trying to persuade parents to reject the myths and untruths they’re inundated with and to instead follow the facts. It’s become as consistent a part of her job as diagnosing ear infections, what with the internet turning any spark of a falsehood into a blaze of misinformation that all the disproving data and expert opinions can’t snuff out.

“It’s really easy to scare parents,” Dr. Altmann says. But it takes a monumental effort “to unscare them and to make them realize what’s true.”

Some parenting myths that have been passed down through what we’ll call the Oral Tradition of Grandmas are harmless, such as don’t go out with wet hair, you’ll catch a cold. You won’t, as explained below, but leaving home with a freshly blow-dried head never hurt anyone. However, some myths promote dangerous decision-making, like withholding vaccines from your child for fear they cause illness. And your well-meaning grandmother can create problems as well, if she, say, advises spiking your kid’s bathwater with alcohol to help with soreness.

“That’s something you don’t want to do; the alcohol can be absorbed through babies’ skin and they can get alcohol poisoning,” Dr. Altmann says before offering a family anecdote.

“My husband’s mom says she poisoned him with alcohol when he was little because her mom said, ‘Put vodka in the tub, he has a pulled muscle.’ He started throwing up and got really sick, and they had to go to the hospital. Back then, they just said, ‘Don’t do that.’ Now they’d probably call Child Protective Services.”

As exasperating as some busy pediatricians can find having to contend with all the fictions and misconceptions parents confront them with, Dr. Altmann enjoys the exchange.

“I want to hear it all. I don’t want them to go out thinking, ‘Is that thing that I saw on Facebook that she didn’t mention really true?’ It’s up to pediatricians and the health care industry to set parents right and make them understand myth vs. reality.”

So, with Dr. Altmann’s help, let’s get to debunking some of the most commonly held parenting myths. Mind you, please continue to tell your kids never to run with scissors or swim on a full stomach. Those aren’t myths. These are.

Poor teething. It has long been an underserved scapegoat for a string of ailments, including fever, cold symptoms and, atop the list, diarrhea.

“Teething shouldn’t cause true diarrhea like an infection would, where your child is having eight loose, watery stools a day,” Dr. Altmann says. But she notes that there is some scientific support for parents coming to that conclusion.

As we’re deep into flu season, Dr. Altmann hears frequently from parents who are concerned that their child’s fever can harm the brain. She says fever and brain damage are rarely associated. “The only time that a high fever can injure the brain is not from a common illness, but when you’re talking about external things, like if a child is left in a car on a hot day. That’s really serious. But from an infection, like a cold or a flu, the fever itself is not going to harm them.”

Dr. Altmann says that newborns with a fever should be seen by a pediatrician right away because their symptoms can escalate quickly, but generally doctors tell parents to treat fever with Tylenol or Motrin to make a child more comfortable, not because the high temperature poses a risk.

“We go by the symptoms kids have rather than the actual number on the thermometer. If your child has a high fever and is acting really sick, then that’s a sign they need to be seen right away, but if they’re running around and playing and acting fine, it’s OK that they have a 103-degree fever.”

Your grandmother’s admonishment was well-intended, but incorrect. Only the presence of a virus can make you sick, Dr. Altmann says. And when are viruses more apt to be present? In cold weather. “You have to be exposed to the cold germs going around to actually catch a cold. You get sick from people who are sick transferring their germs to you, and not just because you’re standing outside in the cold weather and feeling cold.”

Granted, that comes with an asterisk attached. A fear of becoming too cold is appropriate when temperatures drop to such an extreme that cold germs become less of a worry than hypothermia or frostbite. If it gets to that point, the best protection is to keep your child inside.

No, no, NO! “That just doesn’t happen,” Dr. Altmann says. “That’s an old myth that has been disproven many times by research around the world.”

She explains that it took hold as parents would recognize developmental issues with their child right around the time the child received the mumps, measles, rubella (MMR) vaccine, and incorrectly drew a connection between the two.

“It’s only natural,” Dr. Altmann says, “that parents would think, ‘Oh my gosh, what did my child do in the last week? Oh, they went to the doctor’s office for a vaccine.’”

In fact, the symptoms were present much earlier, but had simply gone unrecognized, which is less of an issue now that doctors are able to identify autism sooner, well before kids get their MMR shot.

“That’s why it’s important to check in with your pediatrician for all your regular checkups. At the 2-month visit, if your child is not smiling back at you, or by 1 year of age isn’t pointing to things, interacting with you and telling you what they want, then we’re thinking, ‘Could there be something going on? Maybe autism is one of those things.’ Now we know that early intervention and therapy can really make a difference.”

Though the vaccine-causes-autism falsehood is finally retreating, many parents still believe their children get too many vaccinations, more than when they were kids. Not so, Dr. Altmann says. Kids may be getting more shots, but they’re taking on less vaccine while receiving greater protection.

“The vaccines are all so much more purified and weaker now than when I was a child,” Dr. Altmann says. “The D-Tap vaccine when I was young had 3,000 proteins in it. Now it has three. So kids are actually getting less of an antigen load on their bodies. It’s just that they are being protected against more things, which is amazing. A lot of parents don’t realize that.”

This is a no, but with conditions. “Sugar itself does not cause true ADHD, or hyperactivity disorder, in kids,” Dr. Altmann says. “That said, kids who don’t have consistent healthy nutrition throughout the day are going to have more behavioral issues because their blood sugar is going to be fluctuating, and blood fluctuations can affect kids’ behavior. I usually recommend that parents start with a high-protein breakfast and try to limit added sugars to special occasions.”

While it’s true that the ingredients embedded in breast milk make it superior to formula and provide multiple benefits for babies, it’s not inviolable. Nature’s own still needs support. Dr. Altmann says all newborns should receive a vitamin D supplement to strengthen their immune system and bones because the amount they get in their food isn’t enough. “In addition, I recommend probiotics for most of my newborns. Some babies, especially if they were born via C-section or mom got antibiotics during pregnancy or delivery, could also benefit from B. infantis, which is a specific probiotic for babies.”

She adds that some babies need an iron vitamin, especially if they were born prematurely.

A CRIB SHOULD BE FURNISHED TO ENGAGE AND COMFORT THE BABY

To the contrary, Dr. Altmann says, “a bare crib is best. No stuffed animals, no bumpers, no loose blankets. A bare crib is best because it’s the safest. A lot of people think cute cribs with bumpers and all the fluffy stuff is good because that’s what you often see on TV shows, but babies should sleep on their back in a bare crib. Blankets, loose stuffed animals, or bumpers can smother them and cause suffocation. You can have a mobile up top that’s out of the child’s reach, but you don’t want anything that could be a potential suffocation risk in the crib.”