Professor of Clinical Pediatrics, Keck School of Medicine of USC 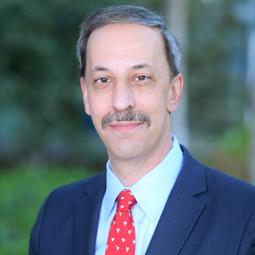 David Schonfeld, MD is a developmental-behavioral pediatrician in General Pediatrics at Children’s Hospital Los Angeles and director of the National Center for School Crisis and Bereavement (NCSCB). He holds a joint appointment at the Keck School of Medicine of USC.

In 2005, Schonfeld established the NCSCB with funding from the September 11th Children’s Fund and the National Philanthropic Trust. Further funding from the New York Life Foundation has allowed the center to provide ongoing and expanded services. The center aims to promote an appreciation of the role that schools play to support students, staff and families at times of crisis and loss; to collaborate with organizations and agencies to further this goal; and to serve as a resource for information, training materials, consultation and technical assistance.

Schonfeld has authored more than 100 scholarly articles, book chapters and books (e.g., The Grieving Student: A Teacher’s Guide, Brookes Publishing) and has given more than 800 presentations on the topics of pediatric bereavement and crisis. He has provided consultation and training on school crisis and pediatric bereavement in the aftermath of a number of school crisis events and disasters within the United States and abroad, including school and community shootings in Newtown, Connecticut; Marysville, Washington; Aurora, Colorado, Chardon, Ohio; and Townville, South Carolina; flooding from hurricanes Sandy in New York and New Jersey, Katrina in New Orleans, and Ike in Galveston, Texas; 2008 earthquake in Sichuan, China; tornadoes in Joplin, Missouri and Alabama; and Great Smoky Mountain wildfires in Sevierville, Tennessee.

He has also conducted school-based research (funded by NICHD, NIMH, NIDA, the Maternal and Child Health Bureau, William T. Grant Foundation and other foundations) involving children’s understanding of and adjustment to serious illness and death, as well as school-based interventions to promote adjustment and risk prevention.

Schonfeld is a member the American Academy of Pediatrics Disaster Preparedness Advisory Council, serving as commissioner for both the National Commission on Children and Disasters as well as the Sandy Hook Advisory Commission in Connecticut. He was president of the Society for Developmental and Behavioral Pediatrics from 2006 to 2007.

WebMD - For Survivors, School Shootings a Lasting and Mean Companion

Vox - A crisis of childhood grief

New York Times - What Families Can Learn From the Texas Storm

NBC News - The youngest mourners: These are the children who have lost a parent to Covid-19

New York Times - Family Displaced After a Disaster? Here’s How to Cope

Parents.com - How to Help Children Cope with the Death of a Loved One During the Pandemic

Yahoo - ‘A lot of pressure’: Parents juggle their homebound children amid the coronavirus

Yahoo! Lifestyle - How to Teach Your Kids to Fight Hate: An Age-by-Age Guide

An Expert Explains How to Talk to Kids About School Shootings