Los Angeles (Nov. 11, 2021) — Researchers at Children’s Hospital Los Angeles have brought us closer to understanding the biology of autism spectrum disorder, a condition affecting a person’s ability to communicate, learn and socialize. The findings are published in The Journal of Child Psychology and Psychiatry. 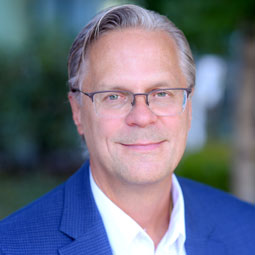 “The long-range axons in the white matter of the brain that allow one brain region to communicate with another brain region seem to be a fundamental source of disturbance in autism,” says lead study author and Principal Investigator Bradley S. Peterson, MD, Chief of the Division of Child Psychiatry at Children’s Hospital Los Angeles. “By better understanding the molecules and the cell problems that lead to autism, our hope is eventually it will lead to new therapies for children with the disorder.”

To obtain their detailed brain pictures, the researchers used three types of magnetic resonance imaging (MRI) techniques, which Dr. Peterson likened to creating three windows with different views into the brain. One technique, called diffusion tensor imaging, tracks the movement of water in the brain. Normally, water will diffuse equally in all directions in the brain, but in regions with less white matter and myelin, the water will diffuse more quickly. Another method, spectroscopy, measures concentrations of brain chemicals. One of these chemicals is N-acetylaspartate (NAA), which is made by neurons. The concentration of NAA can indicate the density of neurons in different parts of the brain. The third technique the researchers used is known as arterial spin labeling, which measures blood flow. The team discovered that in the brains of people with autism, regions with fewer neurons had increased diffusion within and between neurons, which in turn led to faster blood flow. They hypothesize that the body increases blood flow in these areas to compensate for the presence of fewer brain cells.

“Reduced numbers of neurons in the brains of people with autism may lead to increased blood flow that is mostly an attempt, we think, to try to right the ship,” Dr. Peterson says. “The neurons that are there are working extra hard to try to do all the things that a person’s brain needs to do.”

Additional authors on the paper are:

The work was funded by National Institute of Mental Health grant R01 MH089582, Children’s Hospital Los Angeles and the University of Southern California. The researchers utilized data that the New York State Psychiatric Institute and Columbia University made available to them.