Stress and other factors can trigger immune response

A landmark study published in the Journal of Neuroscience on February 26 reveals that activation of a pregnant mother’s immune system can affect her baby’s brain development. A team of researchers led by Bradley Peterson, MD, director of the Institute for the Developing Mind in the Department of Pediatrics at Children’s Hospital Los Angeles, found that short- and long-term brain functioning can be influenced by immune system activity during the third trimester of gestation. 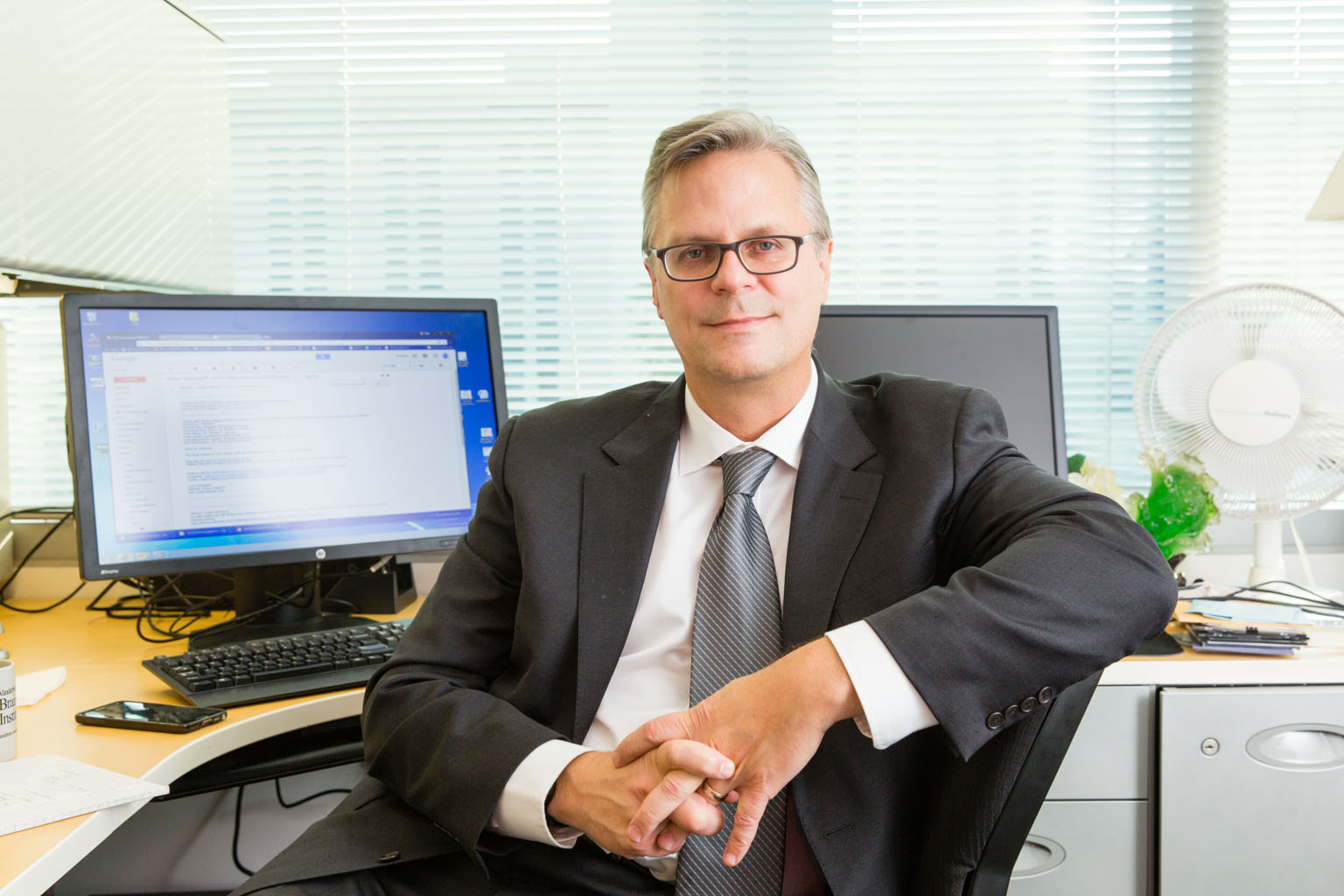 Many triggers can generate immune responses, such as infections, stress, illness, or allergies. When the body’s immune system detects one of these triggers, proteins are released as part of an inflammatory response. Animal studies have shown that some of the proteins released during this response can impact offspring, but little is known about the effect on humans. The current study was designed to determine whether this immune response can impact the developing nervous system of infants.

The study recruited young women in their second trimester and involved a blood draw and fetal heart monitoring during the third trimester, anatomical brain scans of the newborns, and cognitive behavioral assessment of the babies at 14 months of age. The ages of the pregnant young women (14 to 19 years) put them at high risk for psychosocial stress and resulting inflammation.

This unique, prospective study design allowed Peterson and his colleagues to follow babies from a critical point in fetal brain development in utero, through birth, and all the way into toddlerhood. The goal was to examine the possible link between markers of inflammation in the mother’s blood with changes in the nervous system of their babies.

Blood drawn from mothers during their third trimester was tested for levels of IL-6 and CRP – two proteins that are found at higher levels when the immune system is activated. Peterson’s team also monitored fetal heart rate as an indicator for nervous system development. The team found that CRP did correlate with variability of the fetal heart rate, which is influenced heavily by the nervous system, indicating that maternal inflammation was already beginning to shape brain development.

When the babies were born, they were given MRI scans in their first few weeks of life, providing researchers a unique view of early neural development and the influence of prenatal factors. Brain imaging revealed a striking finding – significant changes in the communication between specific brain regions correlated with elevated maternal IL-6 and CRP levels. These brain regions are known collectively as the salience network, whose job is to filter stimuli coming into the brain and determine which deserve attention.

“Our brain is constantly receiving information from our bodies and the external world,” explains Peterson, who is also the director of the Division of Child and Adolescent Psychiatry and Professor of Pediatrics in the Keck School of Medicine at USC.  “The salience network sifts through that information and decides what is important and warrants action.” Disturbances in the functioning of this network, as well as various kind of infection and other triggers of a pregnant woman’s immune response, have been linked to development of psychiatric illnesses, such as schizophrenia and autism spectrum disorders.  Peterson’s study is the first to link maternal inflammation directly to disruptions in the salience network in infants.

The correlations of elevated maternal inflammatory markers were not limited to the newborn period, but continued to persist into toddlerhood. When the babies turned 14 months of age, researchers assessed them for motor skills, language development, and behavior. Following the established Bayley Scales of Infant and Toddler Development-Third Edition, Peterson found significant changes in the scores of toddlers born to mothers with elevated levels of both IL-6 and CRP.

While researchers still have much work to do in order to completely understand just how these immune factors contribute to altered brain development, this study represents an important step forward. “This finding fills in a missing piece,” says Peterson. “Although studies in animals have suggested it, this study indicates that markers of inflammation in a mom’s blood can be associated with short- and long-term changes in their child’s brain, which will now allow us to identify ways to prevent those effects and ensure children develop in the healthiest possible way beginning in the womb and continuing through later childhood and beyond.”