Identified Molecular Markers Will Bring Precision to Treatment of Retinoblastoma 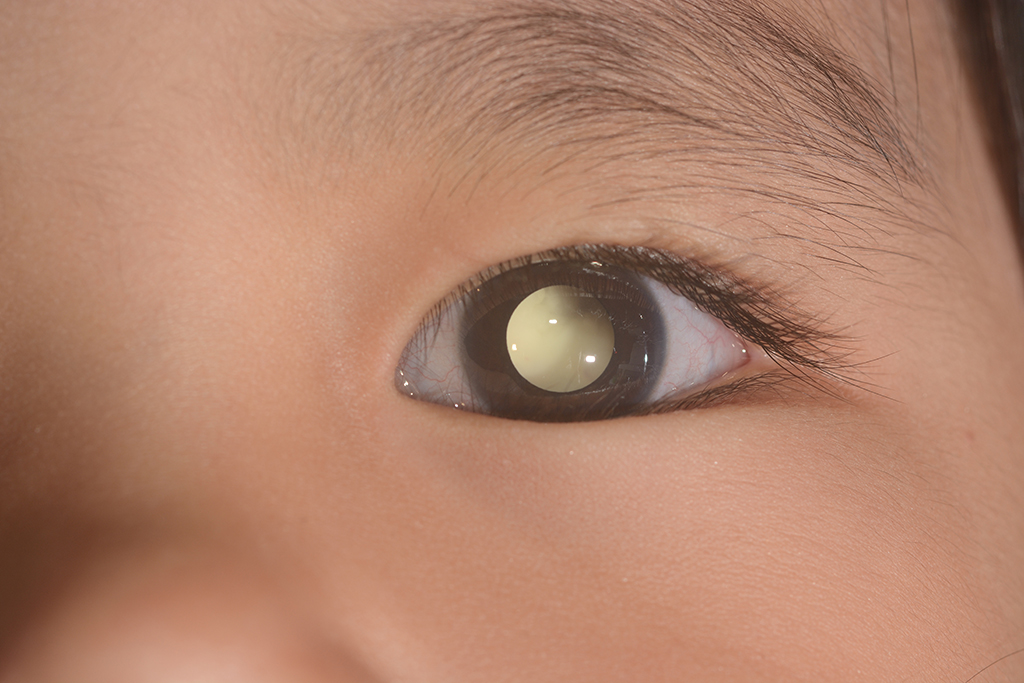 Los Angeles (September 23, 2022) — Retinoblastoma is a cancer of the eye that occurs in infants and toddlers and can lead to loss of vision, loss of one or both eyes, and even death. Unlike most tumors, these cannot be biopsied because of the risk of spreading cancer to the rest of the body. In 2017, Jesse Berry, MD, surgeon and ocular oncologist at Children’s Hospital Los Angeles, discovered that fluid removed from the eye during treatment of retinoblastoma contained tumor DNA and functioned as a liquid biopsy—providing information about the tumor and opening the door to earlier diagnosis and treatment. In her lab’s latest research, published in Nature Communications, the team determined that in addition to diagnosis, aqueous fluid also could be used for prognosis—to ultimately guide treatment decisions that will produce better outcomes for children with more aggressive disease.

Because retinoblastoma occurs at the back of the eye, it is not readily observable. The condition is typically discovered when parents notice a glow in their young child’s eye in low light or after taking a flash photograph. Historically, the child would be presumed to have retinoblastoma, which is a genetic condition, and treated without a definitive diagnosis. The treatment paradigm shifted five years ago when Dr. Berry’s research reported tumor genetic material could be found in the fluid taken from the front of the eye —called the aqueous humor. A confirmed genetic diagnosis became possible before any surgical intervention, allowing for earlier and more defined diagnosis and treatment. 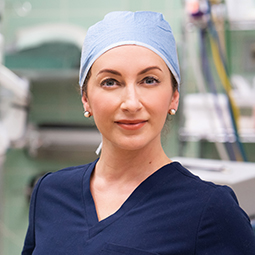 According to Dr. Berry, Director of Ocular Oncology and the Retinoblastoma Program at CHLA, her lab’s latest finding—the ability to use aqueous humor for prognosis—is equally significant.

“As a clinician who treats these patients, I was so frustrated because I would see two kids who looked the same clinically and who received the same treatment,” said Dr. Berry. “One child would respond beautifully. But the other child had a more aggressive tumor that didn’t respond to treatment or reoccurred. I felt like there had to be something happening at the cellular level responsible for what we were seeing. We now know that molecular analysis of the aqueous humor can explain those differences.”

Most retinoblastoma tumors result from a mutation in the Rb gene. But the cancer can also arise from epigenetic changes—genes being switched on to promote tumor growth and disease progression. One of the most significant epigenetic changes—called methylation—is caused by a chemical alteration to the gene that can change a normal cell into a tumor cell. Methylation can turn good, cancer-regulating genes “off” and undesirable, cancer-promoting genes “on.” DNA methylation is a common tumor marker used for diagnosis and prognosis in many other malignancies.

The investigators set out to determine the methylation status in the aqueous humor samples associated with retinoblastoma. They identified a specific methylation signature indicating aggressive tumors and 294 genes that were regulated by methylation to encourage tumor growth.

“Reliable biomarkers are needed to guide treatment decisions for children with retinoblastoma,” says Liya Xu, PhD, Principal Investigator at CHLA and Assistant Professor at the Keck School of Medicine of USC. “By identifying more genes that play a role in this cancer and seeing how these genes behave, we are paving the way for a whole host of potential therapeutic targets. This brings us closer and closer to optimizing treatments so we can prevent blindness in these young patients.”

Children’s Hospital Los Angeles is at the forefront of pediatric medicine, offering acclaimed care to children from across the world, the country and the Greater Southern California region. Founded in 1901, Children’s Hospital Los Angeles is the largest provider of care for children in Los Angeles County and is ranked the No. 1 pediatric hospital in California and across the entire Pacific region and among the top 10 in the nation on U.S. News & World Report’s Honor Roll of Best Children’s Hospitals. Clinical expertise spans the pediatric care continuum from newborns to young adults, and from everyday preventive medicine to the most advanced cases. Inclusive, kid- and family-friendly clinical care is led by physicians who are faculty members of the Keck School of Medicine of USC, and proven discoveries reach patients faster through The Saban Research Institute of Children’s Hospital Los Angeles—among the top 10 children’s hospitals for National Institutes of Health funding. The hospital also is home to the largest pediatric residency training program at a freestanding children’s hospital in the Western United States. To learn more, follow us on Facebook, Instagram, LinkedIn, YouTube and Twitter, and visit our blog at CHLA.org/blog.