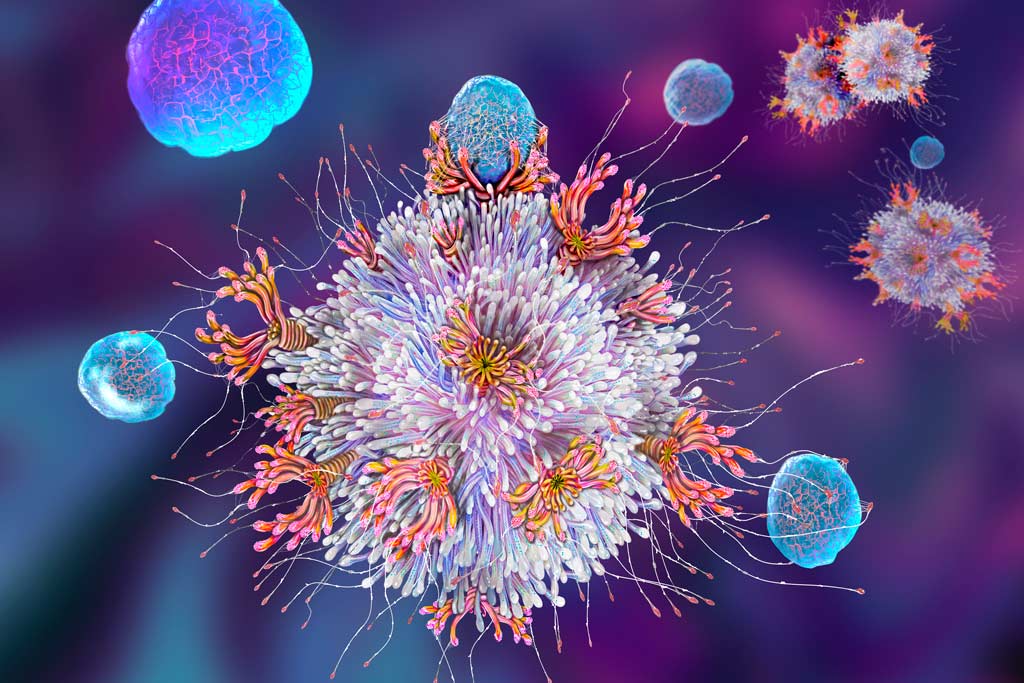 Chimeric Antigen Receptor T-cell therapy—CAR T—has revolutionized leukemia treatment. Unfortunately, the therapy has not been effective for treating solid tumors including childhood cancers such as neuroblastoma. Preclinical studies using certain CAR T against neuroblastoma revealed toxic effects. Now, a group of scientists at Children’s Hospital Los Angeles have developed a modified version of CAR T that shows promise in targeting neuroblastoma, spares healthy brain tissue and more effectively kills cancer cells. Their study was published today in Nature Communications. While this work is in the preclinical phase, it reveals potential for lifesaving treatment in children and adults with solid tumors.

Shahab Asgharzadeh, MD, a physician scientist at the Cancer and Blood Disease Institute of CHLA, is working to improve the lifesaving CAR T-cell therapy, in which scientists take a patient’s own immune system T-cells and engineer them to recognize and destroy cancer cells. 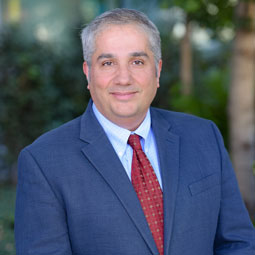 “The CAR T therapy works in leukemia,” he says, “by targeting a unique protein (or antigen) on the surface of leukemia cells. When the treatment is given, leukemia cells are killed. CAR T turns the patient’s immune system into a powerful and targeted cancer-killer in patients with leukemia. This antigen is also on normal B cells in the blood, but this side effect can be treated medically.”

On the other hand, solid tumors like breast cancer or neuroblastoma present a dilemma: Many of the antigens they have on their surface are also found in healthy tissues where toxicity cannot be safely managed, as in leukemia. In patients with solid tumors, treatment with CAR T cells kills both cancer cells and healthy tissues indiscriminately.  Because of this and suppressive immune environment within the solid tumor, preclinical studies that targeted these cancers resulted in little efficacy or unacceptable levels of toxicity.

“CAR T therapy is incredibly powerful, but for solid tumors it has significant barriers,” says Babak Moghimi, MD, the first author of the publication. “We needed a way to boost the CAR T-cells to make them fight harder and smarter against the cancer. But we also want to save brain cells and other healthy tissue.” And this is exactly what the researchers did.

The team used a new CAR T technology called synthetic Notch (or synNotch). SynNotch CAR T-cells have a unique property—called gating—that allows them to target specific cancers very precisely. The gating function works similarly to logic gates, a tool often used by computer programmers: If condition A is met, then do action B.

“The way it works is really unique,” says Dr. Moghimi. He explains that the special synNotch protein on the surface of the T-cell is designed to recognize the antigen GD2. When it does, the synNotch protein instructs the T-cell to activate its CAR T properties, enabling its ability to recognize a second antigen, B7H3. The T-cell has to follow these specific instructions, which means it can only kill cells with both antigens.

This gating property is key to minimizing toxicity; healthy cells will sometimes have low levels of one of the antigens, but not both. Solid tumors like neuroblastoma have both GD2 and B7H3 antigens, which Dr. Asgharzadeh’s team has engineered the synNotch cells to recognize.

The team was also able to surmount another challenge. “With normal CAR T therapy,” says Dr. Asgharzadeh, “the CAR T-cells burn out and are no longer active after some time. But we discovered the synNotch CAR T-cells are more metabolically stable because they are not activated constantly.” This means they use less energy, which allows them to continue to fight the cancer for a longer period of time.