LOS ANGELES (March 30, 2021) — Pat Levitt, PhD, Children’s Hospital Los Angeles’ (CHLA) Chief Scientific Officer and Director of The Saban Research Institute, has been appointed to the board that oversees the California Institute for Regenerative Medicine (CIRM). CIRM is the voter-created agency that funds stem cell research at institutions and organizations throughout the state.

“Dr. Levitt will bring a unique set of insights to this governance role, combined with a crucial voice that can advocate for children and pediatric researchers who are working tirelessly to address children’s unmet medical needs,” says Paul S. Viviano, CHLA President and Chief Executive Officer. “In addition to Dr. Levitt’s keen insights born out of his research in neuroscience and child development, CIRM will undoubtedly benefit from the senior role he holds here at Children’s Hospital Los Angeles, which gives him the broadest window into how research in the laboratory can be translated into effective treatments and therapies for children.” 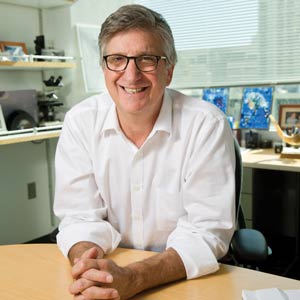 Appointed by State Controller Betty T. Yee to a six-year term, Dr. Levitt joins a board of 35 Californians—patients, advocates, researchers, educators and biotechnology industry professionals—committed to identifying and accelerating the most promising stem cell research and therapies. In 2019-2020, CIRM invested $2.7 billion in funding to support more than 1,000 stem cell-related discovery, translational and clinical programs.

“It is an honor and a significant responsibility to serve as a member of the governing board for CIRM,” says Dr. Levitt. “Brain disorders will be an additional focus for CIRM following the approval of Proposition 14. I am looking forward to joining other governing board members to ensure that new treatments for chronic and life-threatening conditions can be moved from the laboratory to the clinic setting as rapidly as possible.”

A prolific pediatric researcher and scientist, Dr. Levitt oversees all research efforts at Children’s Hospital Los Angeles and The Saban Research Institute of CHLA. He holds the Simms/Mann Chair in Developmental Neurogenetics at CHLA and is the WM Keck Professor of Neurogenetics at the Keck School of Medicine of USC—with a focus on the environmental and genetic factors that affect brain development and children with neurodevelopmental disorders. Dr. Levitt is an elected member of the National Academy of Medicine and a senior fellow at the Center on the Developing Child at Harvard University, where he has engaged in science policy work. Dr. Levitt earned his bachelor’s degree in biological sciences from the University of Chicago, and his PhD in neuroscience from the University of California, San Diego. He completed a post-doctoral fellowship in neuroanatomy at the Yale University School of Medicine.

“I look forward to seeing the perspective Dr. Levitt’s extensive study of the role of genetics in brain development adds to future board deliberations,” said Controller Yee, the state’s chief fiscal officer and chair of the Citizens Financial Accountability Oversight Committee that oversees CIRM finances.

CIRM was created in 2004 when voters approved Proposition 71 to accelerate stem cell treatments for patients with unmet medical needs. In November 2020, Californians approved Proposition 14—the Stem Cell Research Institute Bond Initiative—which authorized new funding for additional grants, strengthened oversight and expanded the governing board. Dr. Levitt was appointed to the CIRM position reserved for an executive officer of a California research institute, and his term runs until Feb. 21, 2027.