Combining Erythropoietin with Therapeutic Hypothermia Does Not Improve Outcomes of Infants with Neonatal HIE, Study Finds 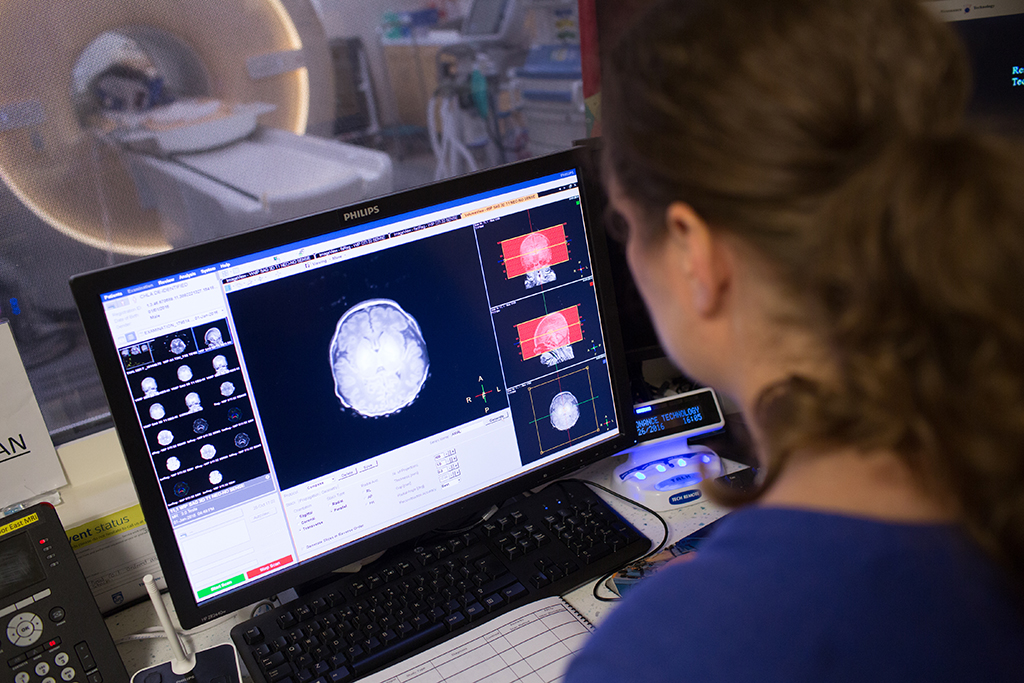 According to the results of a study conducted on 500 infants, adding erythropoietin (Epo) to standard hypothermia (cooling) therapy does not improve outcomes of infants with neonatal hypoxic-ischemic encephalopathy (HIE) caused by damage from oxygen deprivation at birth. “Earlier, smaller studies showed promising results, but in this context, erythropoietin was ineffective when combined with cooling,” says Dr. Tai-Wei Wu, MD, Attending Neonatologist at Children’s Hospital Los Angeles and a study co-author. “This is useful information for neonatologists who treat infants with HIE, recommending against its use.”

CHLA researchers participated in the High-Dose Epo for Asphyxia and Encephalopathy trial, as part of a massive-21-member consortium of U.S. academic medical centers and research hospitals led by the University of California, San Francisco, and the University of Washington. The researchers investigated if Epo with cooling therapy could improve outcomes for newborns with HIE. The study results were published in the New England Journal of Medicine on July 14, 2022. CHLA is a leading center for neonatal research in the United States where the study authors and other researchers investigate neuroimaging and biomarkers. Previous studies had focused on potential treatments for hypoxia-induced brain damage to improve the long-term outcomes in infants with HIE.

HIE is a leading cause of death and long-term disability in infants. Affecting up to 10,000 newborns each year in the U.S., HIE causes 22% of infant deaths worldwide. U.S. hospitals use cooling to impede the ongoing cellular and molecular cascade of injury and inflammation triggered by the initial lack of oxygen.

“Even though these results are negative, they show the importance of conducting large-scale, well-powered clinical trials to build an evidence base for interventions,” says Wu. He notes that while this study was based on infants in the U.S. where therapeutic hypothermia is the standard of care, Epo is sometimes used as a single therapeutic agent in certain developing countries to treat HIE in newborns.

The HEAL Trial and its results

The randomized, double-blind, placebo-controlled phase III HEAL trial enrolled 500 infants with a gestational age of 36 weeks or greater with moderate to severe HIE. The study goals were to determine if adding Epo to hypothermia:

In the HEAL study, 257 infants received 1000 U per kilogram of body weight erythropoietin and 243 infants received intravenous saline as placebo. The babies were dosed before they were 26 hours old, again when they were 2, 3, 4 and 7 days old, and then were followed for up to 33 months.

Between 22 to 36 months of age, there was no statistical difference in the primary outcome of death or neurodevelopmental impairment between infants who were given Epo and those given placebo (53% vs. 50%). The average number of serious adverse events per infant was higher in the Epo group (0.86), compared with that of the placebo group (0.67).

The CHLA team was responsible for coordinating the imaging for Consortium members and refining biomarkers to measure brain function. “We collected core imaging data on nearly every baby enrolled in the trial,” says Jessica Wisnowski, PhD, investigator in the Department of Radiology and Division of Neonatology at CHLA. “All the sites worked together using one protocol in one 48-hour window to get babies to the scanner.

The team collected neuroimaging data after hypothermia treatment and four doses of Epo to measure brain injury in infants who receive Epo vs. placebo. Then, after discharge from the NICU, the infants were followed by telephone at 4-to-6-month intervals, with a final in-person visit in the Newborn Follow-up Clinic at CHLA.

“Follow-up is key”, Dr. Wisnowski notes. Due to the pandemic, the window for the final assessment was extended from two years to three. “And, most impressive, despite everything happening in the last two years, we achieved 100% follow-up at CHLA, which would not have been possible without Drs. Tai-Wei Wu and Douglas Vanderbilt, the amazing staff in the Newborn Follow-up Clinic and the families who understood how important this information is.”

“One of the challenges is how do you harmonize different standards,” says Stefan Bluml, Investigator, who led the spectroscopy analyses. “Everybody has different equipment, and every institution has its own MRI machine.”

The CHLA researchers provided Consortium sites with unified standards and a protocol for non-sedation MRI. “There are no national standards for MRI sequencing,” says Wisnowski. “It is a delicate balance to manage the technical variations in resolution and contrast that can give different sensitivities to injury.” The earlier Epo trials had not used the precision of MRI data.

“In the design of this study, the MRI data and the follow-up on the infants [that took place between 22 and 36 months of age] came together to show that Epo didn’t work,” Wisnowski says. “But what sets us apart is our commitment. We won’t give up.”

The researchers hope that insights from the data collected will help identify subgroups of children who may benefit from targeted interventions. Already dozens of research papers on aspects of HIE treatment are being written by study participants.

“The HEAL study group, a multi-center collaboration, has created a rich and comprehensive data set that will help us better understand which current clinical practices may affect outcome. This is extremely important because hypothermia, the current standard of care, only helps some infants,” Wu says. “Analysis of the database may impact current clinical management protocols and also guide us in future research directions”

Learn more about HIE at The Saban Research Institute.