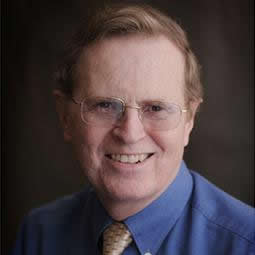 Robert Seeger, MD, division head for Basic and Translational Research of the Center for Cancer and Blood Diseases at Children’s Hospital Los Angeles (CHLA) has been selected for the 2016 Lifetime Achievement Award from the Pediatric Blood and Marrow Transplant Consortium (PBMC).  As the eighth recipient of the prestigious award, Seeger is recognized for a career that exemplifies the mission of the PBMTC to support research and education to improve the availability, safety and efficacy of hematopoietic cell transplantation and other cellular therapeutics for children and adolescents.

Seeger, who has served as director of the Cancer Research Program in The Saban Research Institute of CHLA since 1995, has been at the forefront of cancer immunotherapy and genetics for decades. His therapeutic research deals with immunotherapy strategies that seek to maximize natural killer cell activity with tumor-cell targeting antibodies and with agents that modify the tumor microenvironment.

Few have had as much of an impact on the understanding and treatment of a single disease as Seeger has had on neuroblastoma – from his contributions to the creation of dinutuximab, to his work on genetically based risk stratification for neuroblastoma patients, to identifying and treating patients with residual neuroblastoma post-treatment.

In 2000, as part of his effort to expand therapeutic possibilities for neuroblastoma patients, he co-founded the New Approaches to Neuroblastoma Therapy (NANT) Consortium, which is based at CHLA.

In addition to being a world-class researcher, physician, author and advisor, Seeger is also professor of Pediatrics in the Keck School of Medicine of the University of Southern California and has made tremendous contributions to medical research by mentoring scientists and physicians who have become leaders in the field.

The PBMTC, now headquartered at CHLA, is the largest clinical trials group focused exclusively on blood and marrow transplants for children and adolescents. Under the leadership of Michael Pulsipher, MD, section head of Blood and Marrow Transplantation and Endowed Chair, BMT Clinical Research at CHLA, the consortium is comprised of more than 100 pediatric BMT centers in the United States, Canada, New Zealand and Australia, with affiliate members in Europe, South America and Southeast Asia.