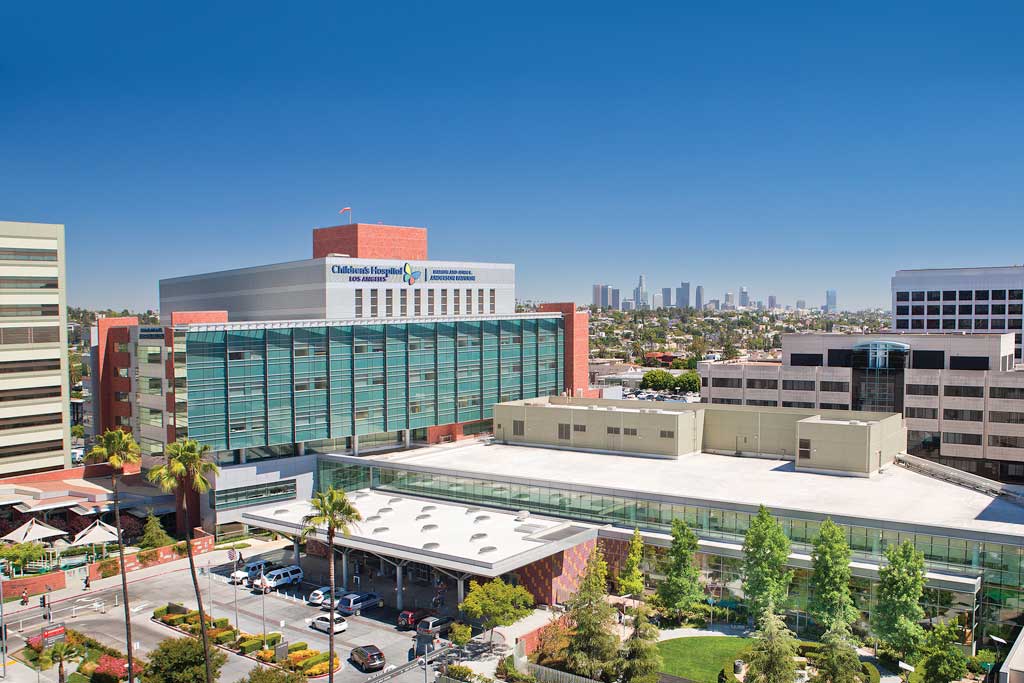 Adverse childhood experiences, also called ACEs, are potentially traumatic events experienced early in life—such as neglect, abuse, racism, witnessed violence and economic hardships. These events can result in toxic stress—a physiologic response to severe adversity. ACEs can increase a child’s risk for developmental delays, as well as heart disease, cancer, diabetes and mental illness later in life. Nearly two-thirds of children in the U.S. have experienced at least one ACE, and 15% to 20% have experienced four or more.

A new study at Children’s Hospital Los Angeles aims to improve early screening for ACEs by using precision medicine to identify specific biomarkers of early-life stress. A three-year grant—part of the California Initiative to Advance Precision Medicine—was announced by the Governor’s Office of Planning and Research, in partnership with the Office of the California Surgeon General.

“Excessive adverse childhood experiences can cause toxic stress in children, and many studies have shown this may have lifelong consequences for health challenges, such as cardiovascular disease, obesity and mental illnesses,” says Lead Principal Investigator Pat Levitt, PhD, Chief Scientific Officer, Vice President and Director of The Saban Research Institute of Children’s Hospital Los Angeles and the Simms/Mann Chair in Developmental Neurogenetics. “To improve outcomes for these children, we need to identify those at greatest risk as early as possible, because early interventions promote the best outcomes.”

Currently, the only screening method for ACEs involves questionnaires for parents and caregivers. But screening rates are generally low in pediatric practices, and the questionnaires are not able to identify which babies and children are having a toxic stress response.

The team at Children’s Hospital Los Angeles will study a potential new screening method that combines a robust questionnaire—the Pediatric ACEs Screening and Related Life Events Screener (PEARLS)—with development of a novel lab test that measures potential disturbances to critical cell structures called mitochondria, which are responsible for producing energy for cells to function normally. The biomarker measures mitochondrial allostatic load (MAL). The group aims to show that MAL measures are a “red flag warning” for toxic stress in infants.

Researchers at The Saban Research Institute and in the Department of Pathology and Laboratory Medicine will develop and test three different novel assays to measure MAL in babies—the first time such a test will be used in children. Samples will be collected using simple and painless oral swabs. In addition, mothers will complete questionnaires, including the PEARLS questionnaire, and researchers will evaluate infant cognitive development and use novel computerized methods to assess mother-baby interactions with colleagues in the USC Viterbi School of Engineering.

“We believe this multipronged approach will improve our understanding of the mitochondrial stress associated with ACEs, and will ultimately lead to a cost-effective test that could be readily adopted by pediatricians across the state,” says Co-Investigator Xiaowu Gai, PhD, Director of Bioinformatics for the Center for Personalized Medicine at Children’s Hospital Los Angeles.

The team aims to recruit 300 mother-baby pairs into the study from the Children’s Hospital Los Angeles/AltaMed Health Services general pediatrics community clinic. The two-decade partnership between Children’s Hospital Los Angeles and AltaMed has brought pediatric expertise to the care of children in local communities. AltaMed, one of the largest federally qualified health centers in the U.S., delivers care to medically underserved families across Southern California.

“Early life stress is not equally distributed,” says Principal Investigator Rajan Sonik, PhD, JD, MPH, Director of Research at the AltaMed Institute for Health Equity within AltaMed Health Services. “Social and economic hardships are disproportionately experienced by marginalized communities, leading to critical racial/ethnic disparities. I look forward to working with Children’s Hospital Los Angeles and our community partners to challenge these disparities, close the equity gap and take steps toward a better future for all children and families.”

California’s first Surgeon General, Nadine Burke-Harris, MD, MPH, FAAP, has set a bold goal to reduce ACEs and toxic stress by half in one generation. In 2019, Dr. Burke-Harris shared these plans during a special visit to Children’s Hospital Los Angeles, where she presented during Pediatric Grand Rounds.

Children’s Hospital Los Angeles was one of four institutions chosen to receive a grant under the initiative. The projects, which were selected from a pool of 39 applicants from across the state, will begin in July.

Learn more about our Research