When Do Children Need Pacemakers and Defibrillators? 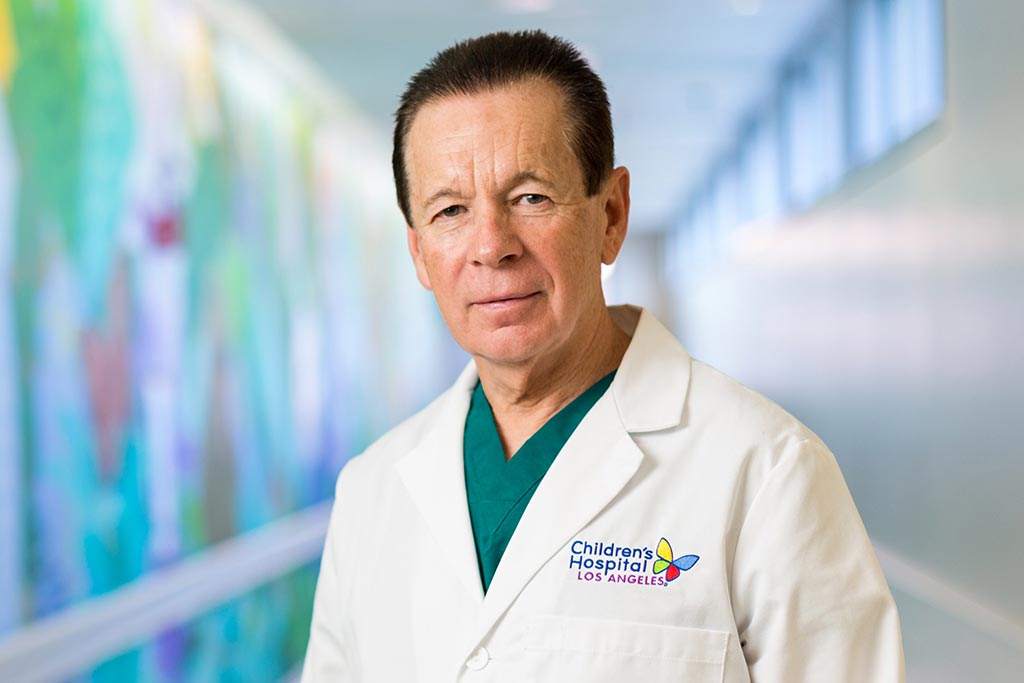 Children’s Hospital Los Angeles cardiologist Michael Silka, MD, helped to pioneer the development of indications for the use of pacemakers and implantable defibrillators in young patients. From 1998 to 2018, Dr. Silka was the sole pediatric representative on national committees setting guidelines for use of these devices in both adults and children.

Recently, he led a Pediatric and Congenital Electrophysiology Society (PACES) effort—along with Maully J. Shah, MBBS, of Children’s Hospital of Philadelphia—to  develop the first pediatric-only guidelines for these devices. The resulting international consensus recommendations were published online in July in the journal Heart Rhythm.

Below, Dr. Silka—one of only six people to receive the prestigious PACES Lifetime Achievement Award and the Heart Institute’s Chief of Cardiology from 2000 to 2014—talks about the key recommendations, the ongoing challenge of implantable defibrillator use in young people, and how the field has grown in his two decades at Children’s Hospital Los Angeles.

How did these guidelines come about?

Previously, the pediatric device guidelines were always included as a very short sub-section in the adult guidelines. But children have different forms of heart disease, and the size of the devices can present unique problems for them.

Based on the increasing complexity of these devices, and of the patients themselves, PACES asked us to develop specific, freestanding guidelines for children. The final document has 129 unique guidelines. It’s somewhere between an article and a book!

I have to emphasize that this is the first attempt at these guidelines. Not everybody agrees with them. But it does represent a consensus of the more than 30 members of the writing group, and at least 80% of the members had to approve every single guideline. The guidelines were also reviewed and approved by major academic cardiac societies around the world, including in Europe, Asia and South America.

What are the recommendations for pacemaker use in children?

The other two main indications for pacemakers are children with heart block after surgery and infants who are born with heart block (a condition where the electrical signal that controls the heartbeat is blocked). Amazingly, the guidelines for those two indications have not really changed significantly since the first pacemaker recommendations were published in 1984.

We also developed guidance on when pacemakers should be considered in young people with neuromuscular diseases, such as Duchenne muscular dystrophy. Some of these patients will unexpectedly develop heart block. They may need to be monitored periodically to make sure that’s not happening, and some of them will need implantable pacemakers.

What does the evidence say about when to consider a defibrillator in children and adolescents?

There remains a lot of uncertainty around the use of defibrillators in young patients. For patients who have had a prior cardiac arrest, we think it’s fairly clear that most need a defibrillator. But that is a small minority of patients.

The most difficult area we still contend with are patients who we think are at risk for sudden cardiac arrest. The question is: If and when do they need a defibrillator implanted? These are rare events, and we just don’t have enough data to really say with certainty when it should be used. We’re slowly accumulating the data, but we’re not there yet.

We need to be circumspect about putting in defibrillators. These devices are not a risk-free proposition. Sometimes they misinterpret the rhythm and will shock patients when they don’t need to be shocked. The other thing is that defibrillators have a 10-year life expectancy. If we put one in a child, how many times will we need to replace it? If a patient has a defibrillator, and it hasn’t been used after 10 years, do we need to put a new one in? These are unanswered questions. But they’re big questions.

Given the lack of clear data, how can physicians navigate these decisions?

We have to be honest with parents and families. That’s where the concept of shared decision-making comes in. But again, we have to be careful. You can ask patients leading questions to get to the answer you want. We have to be objective, and let patients and families know the implications of having a device or not having one. Let them be involved in the decision process.

You came to Children’s Hospital Los Angeles in 2000. How has the Heart Institute and the field of pediatric electrophysiology grown?

Both have grown exponentially! In the field—it used to be there were maybe 40 or 50 pediatric electrophysiologists in the country. Now there are over 300 of us.

When I came to Children’s Hospital Los Angeles, we were a team of only six cardiologists and I was the only electrophysiologist. Today, we have 27 cardiologists, including a team of four electrophysiologists, and a Cardiogenomics Program that provides genetic testing for children, including those with suspected inherited arrhythmia disorders. The Heart Institute has grown to be the largest pediatric heart program in the Western United States and is ranked No. 3 in the country by U.S. News & World Report. It’s been a tremendous period of growth, and it’s been very rewarding to be part of it.