Teaming Up to Boost Infant Outcomes

Published on
November 6, 2020
Categories:
For Physicians and Clinicians 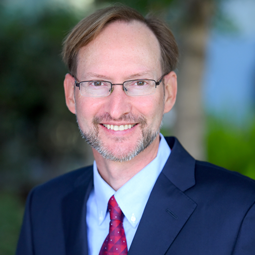 “It started off with simple logistics. We wanted to make sure we did not burden families in the clinic with too many studies,” explains Dr. Lakshmanan, a neonatologist at Children’s Hospital Los Angeles.

Fast forward to today, and those early talks have blossomed into a unique kind of research group supporting “Best Starts to Life”—one of four research themes at The Saban Research Institute of Children’s Hospital Los Angeles. The themes were established in 2019 through a strategic plan led by Pat Levitt, PhD, Chief Scientific Officer and Director of The Saban Research Institute.

Dr. Levitt’s goal for Best Starts to Life is to bring together anyone in the hospital who is interested in conducting research on how to improve fetal, neonatal and early childhood health. That includes everyone from clinicians and clinician-scientists to basic scientists. 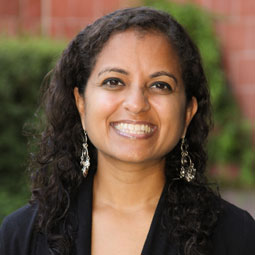 “Many institutions have research programs, but this is a very intentional idea of bringing people together to foster collaborations across the lab and clinic,” notes Dr. Lakshmanan, who also serves as Director of the Laboratory for Fetal and Neonatal Health Care Research—a role supported by the Teresa and Byron Pollitt Family Chair in Fetal and Neonatal Medicine. “It’s pretty exciting.”

The group is co-led by Dr. Lakshmanan, Dr. Vanderbilt, a developmental-behavioral pediatrician and Director of the Newborn Follow-Up Program at Children’s Hospital Los Angeles, and Beth Smith, PhD, DPT, PT. It meets monthly and has so far held four summits to share research projects and forge new ways to work together.

“It gives you a 360-degree view,” she says. “The same research question has so much more breadth and depth when you look at it as a group rather than by yourself.”

Below are just three examples of the group’s studies:

One group will receive Movement, Orientation, Repetition and Exercise (MORE-PT), which is modeled after traditional physical therapy. The other will receive a different kind of physical therapy called Sitting Together and Reaching To Play (START-Play), which combines motor and cognitive skills. Enrollment begins in January 2021 and continues through 2023.

“In neonatology, the focus is often on what happens in a neonatal intensive care unit, because that’s the critical care phase,” he explains. “But the kinds of therapies and support we give infants and families after they leave the hospital are just as important. In fact, studies show they play a greater role in the child’s outcome as time goes on.

“By bringing neonatology, developmental-behavioral pediatrics, neuroimaging, physical therapy and other disciplines together in one research group,” he adds, “we can be much more effective at improving these interventions and optimizing a child’s development for a healthy future.”