Genu Varum - Bowlegs in Children: What Physicians Need to Know

Published on
December 1, 2020
Categories:
For Physicians and Clinicians 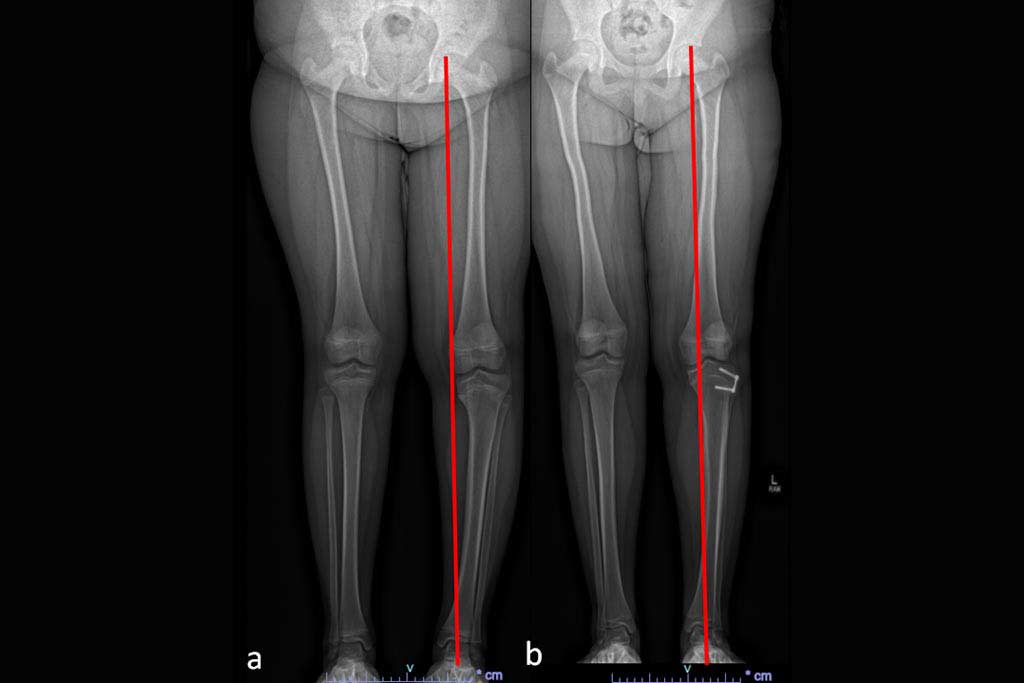 Figure a shows a 10-year-old girl with untreated left tibia vara (Blount’s disease). Notice the abnormal tibia physis compared to the right leg, and the mechanical axis of the leg lies medial to the knee. She underwent lateral proximal tibia hemiephiphysiodesis for guided growth. Figure b shows improvement of the mechanical axis which now lies within the knee joint.

Parents frequently seek medical advice for the appearance of their child's lower extremities. Genu Varum, known as bowlegs, is a common concern and can ultimately lead to referral to an orthopedic surgeon. Genu varum can be physiologic or pathologic, and the most common form of pathologic genu varum is Blount’s disease.

The vast majority of genu varum is physiologic, or normal variations of growth and will correct over time without the need for intervention. The normal development of the tibiofemoral angle in children follows a known pattern (Figure 1). Children are born with genu varum, which corrects to neutral around 18 months. Development continues to genu valgum (knocked knees) by age 4, and then typical lower extremity alignment is seen around ages 6 to 7. 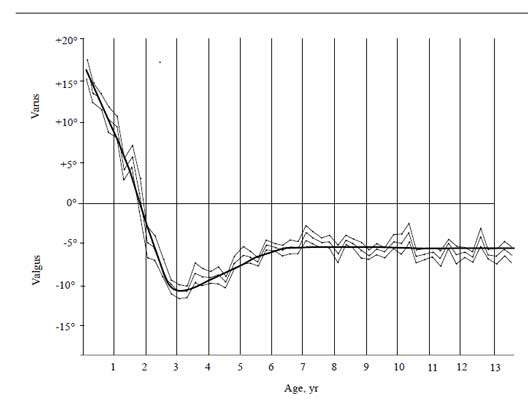 Typical development of the tibiofemoral angle in children. Children start in varum and then develop into valgus by age 3 to 4. Normal lower extremity alignment, which is slight valgus, is seen by age 6. (Brooks and Gross, JAAOS 1995)

A thorough history and physical are necessary to differentiate between physiologic bowing and pathologic bowing. The appearance while standing and walking provides the most information. Physiologic bowing is a gradual bowing of the entire leg and is not focused at either the femur or tibia. Special attention needs to be paid to the ligamentous stability of the knee, including stability of the lateral ligamentous complex and observing for a lateral thrust during gait (a quick lateral movement of the knee during each step). There are some recent studies showing that persistent bowing after age 2 with normal imaging is associated with vitamin D deficiency. If there are no concerning features, treatment for physiologic genu varum is observation with periodic evaluation, and reassurance of the parents.

In contrast to the gentle curvature of the entire leg seen in physiologic bowing, Blount’s disease, also known as tibia vara, is characterized by an abnormal proximal tibia physis that causes an abrupt varus angulation of the proximal tibia. The etiology is not completely known, but it is thought that mechanical forces across the physis play a role, as there is an association with obesity and early ambulation. Radiographs of the entire extremity show isolated tibia vara with an abnormal medial physis including fragmentation or depression of the physis. Treatment of Blount's disease depends on varus angulation, age at presentation and severity of physeal deformity. Patients with minimal deformity can be observed. For patients under 3 years old and with a relatively normal physis, bracing with a knee-ankle-foot orthosis (KAFO) is effective. Children who are older or who have more severe physeal involvement require surgical interventions. These interventions include hemiepiphysiodesis growth modulation (Figure 2), osteotomy with acute angular correction and osteotomy with gradual correction using an external frame.

Further workup for skeletal dysplasias, rickets, osteogenesis imperfecta and renal osteodystrophy are needed if there is atypical bowing, and the proximal tibial physis is not consistent with Blount’s disease.

While there are no set criteria of when to consider orthopedic referral, Dettling and Weiner (2017), presented a set of indications after a large review of literature. These indications include:

Nearly 95% of children will have some improvement of varus after six months, with nearly complete resolution one year after first evaluation. If neither of these criteria are met, consider orthopedic referral.

The Jackie and Gene Autry Orthopedic Center at Children’s Hospital Los Angeles deals with a large variety of lower extremity deformities including genu varum and valgum, rotational deformities and limb length discrepancies. The treatment of complex deformity requires a multidisciplinary approach including surgeons, nurses, orthotists and physical therapists to achieve the best outcomes. At the Center, we have the ability to obtain full-length extremity imaging, and access to an onsite Motion and Sports Analysis Laboratory to best evaluate children. Access to a wide variety of technology and resources makes the Center a leader in limb deformity care. 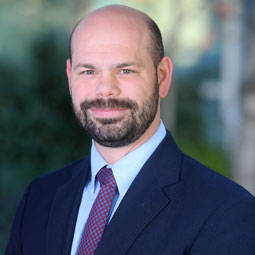