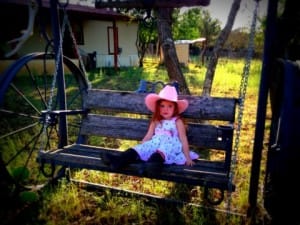 When SienaGrace Oberhaus was born, Roger De Filippo, MD, chief of the Division of Urology at Children’s Hospital Los Angeles, was there for the big day. He had been following the baby’s growth for months and wanted to see his tiny patient as soon as possible.

SienaGrace had been diagnosed in utero with multicystic dysplastic kidney, a condition in which one kidney doesn't form correctly. In some cases, the diseased kidney regresses and goes away during development, but in SienaGrace’s case, the malformed kidney was unusually large and full of cysts.

The baby’s mother, Desiree Oberhaus, was five months pregnant when doctors first discovered the kidney condition. At the same time, she was told that her child may have many other complications, including a cleft lip, genetic defects and holoprosencephaly, a birth defect that can result in a single-lobed brain and severe facial deformities.

“A flood of emotions takes over when you discover your unborn child is in danger: tears, fear, anxiety and some more tears,” says Desiree, who underwent a battery of tests that led to increasingly dire predictions, but no concrete diagnoses. Desiree contacted several pediatric urologists who all refused to get involved in her care until after the baby was born. 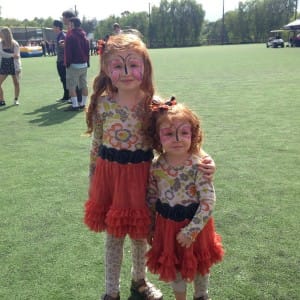 Frustrated with the lack of support and uncoordinated care she was receiving, Desiree called her brother-in-law, a pediatric specialist in Texas, who recommended that she go to Children’s Hospital Los Angeles.

After weeks of anxiety, Desiree and her husband, James, made an appointment with David Miller, MD, director of the Institute for Maternal-Fetal Health at CHLA, one of the few programs in the country that offers comprehensive prenatal care for mothers with high-risk pregnancies and their unborn children.

“As I walked into the examining room, there waiting for me was Dr. Miller and Dr. De Filippo. What kidney specialist goes to the ultrasound appointment to assess the baby himself? Well, Dr. De Filippo did!” says Desiree.

Every month, Drs. Miller and De Filippo meet with expectant mothers whose baby has been diagnosed with a kidney or urologic condition. That level of coordinated care sets CHLA apart from other pediatric hospitals.

That very first appointment finally gave Desiree and James what they had longer for—a sense of calm. “An overwhelming peace came over me knowing that these doctors genuinely cared about the well-being of me and my baby,” she says.

Throughout the rest of her pregnancy, Desiree was monitored regularly. She and her husband were also educated about the possible outcomes for their baby. “Dr. De Filippo said, ‘Desiree, we are going to prepare for the worst and hope for the best,’” she recalls.

When SienaGrace was born, her abdomen was extremely large, stretched wide by her deformed kidney; however, all the early predictions about additional complications proved unfounded. “Dr. De Filippo gave me the good news that no immediate surgery had to take place and that we could take our daughter home, which was no less than a miracle,” says Desiree. 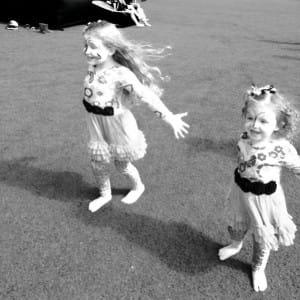 While some diseased kidneys shrink over time, SienaGrace’s did not. Dr. De Filippo regularly examined her over the first two years of her life before determining that removing the kidney was the best option.

Desiree and James were nervous as they entered CHLA on the day of their daughter’s surgery, but soon found themselves comforted and at ease. “Everything was just seamless and it was genuine,” says Desiree. “We are so very grateful to Dr. De Filippo and his team for being the medical experts that they are and for all the love and compassion that it takes to make CHLA what it is—a blessing.”

SienaGrace, now 3, still sees Dr. De Filippo once a year to assess her kidney function. As for her parents, they believe Dr. De Filippo was heaven-sent. “I feel that God puts people in your life to help and guide you,” says Desiree. “I think that Dr. De Filippo was designed not only to help my baby, but to help many more babies out there.”