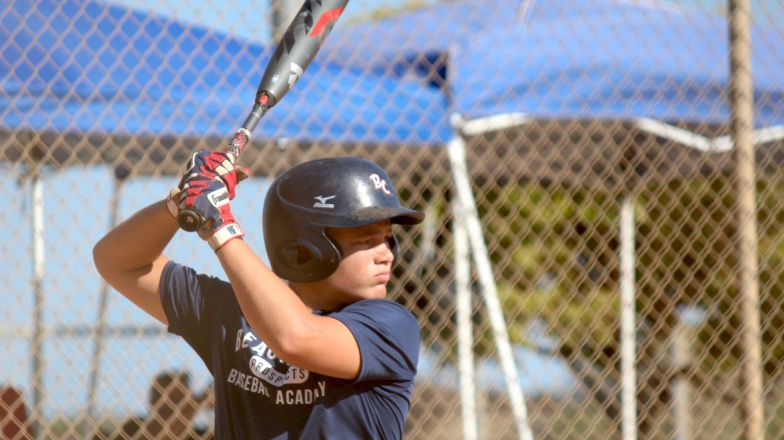 An unconventional treatment at CHLA heals a fluke injury, and helps a baseball phenom get back on track.

Yes, his name is really Win. It’s appropriate considering what the 12-year-old Manhattan Beach phenom does on the baseball diamond. It also applies to how the young man overcame adversity stemming from an injury that could have changed his life forever.

To call Win a big and strong young man would be an understatement. Although he’s 11, he stands at roughly 5’6” and weighs about 145 pounds—a mini Mike Trout. On the baseball diamond, Win slugs home runs effortlessly. Elsewhere in his life, the kid can’t sit still.

This is precisely why a scooter accident in the beginning of this year was such a shock. At first, the accident seemed unremarkable; he fell down on his non-dominant left arm, got back up, grabbed the scooter, and tried to resume scooting. Later that day, however, the gravity of the situation became evident: There was no swelling, but Win couldn’t straighten his arm, and general mobility on that side of his body became limited to next to nothing. Win kept complaining about the arm feeling “weird.” Clearly, something was wrong. His parents, Deirdre and Scott, snapped into action immediately. 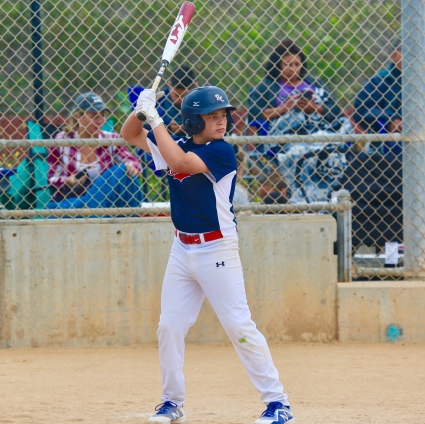 “My son is not a complainer but he was complaining a lot about this, so I knew we needed to act and act quickly,” Deirdre says, looking back. “Obviously we just wanted to make sure he was going to be OK.”

Deirdre took Win to see his primary care doctor, who performed an MRI that revealed nothing, then immobilized the injury in a sling. Win was still in pain, so Deirdre kept pushing, using a network of friends to track down well-known doctors all over LA. Subsequent MRIs revealed something known as a cartilage shear, or break, at the edge of Win’s humerus bone. A small piece of cartilage had been sliced off and was floating in Win’s elbow joint.

Few, if any, of the doctors recommended full-on surgery because of what they perceived to be a risk operating so close to Win’s growth plates. One doctor suggested performing a procedure that would have involved a bone-and-cartilage graft from Win’s knee.

To this point, all of the doctors agreed on one thing: It was unlikely Win would ever play competitive baseball at a high level again. Win—and his parents—were disappointed.

Finding a way out

Just when Deirdre was starting to feel hopeless, friends connected her with an organization called the Positive Coaching Alliance, which suggested that she check with another expert: Curtis VandenBerg, MD, attending physician in the Children’s Orthopaedic Center at CHLA. Even after preliminary phone calls, Deirdre says she was nervous for the initial meeting, fretting about how VandenBerg would react. The physician assuaged all of those concerns immediately. 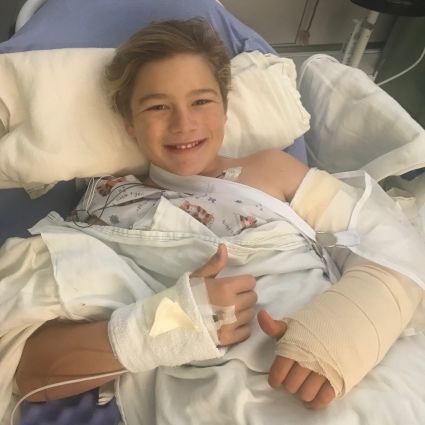 “These are tough injuries,” VandenBerg says. “I try to … take it a step at a time. From Win’s perspective, he just wanted to know when he could play baseball again.”

“Dr. VandenBerg comes in, doesn’t even look at me, goes right over to Win and starts addressing my son,” she says. “He set the tone from the beginning that Win was the patient and that was all that mattered. This, more than anything, stuck out to me as what made the experience at CHLA so special.”

The doctor performed Win’s surgery a few days later. The three-hour procedure comprised two phases: First, going into the injured area to scope it out; second, finding the damaged part of Win’s humerus and implanting special cartilage material from cadaver tissue into the divot left behind.

If all went well, the implanted tissue would expand into its new home and replace the cartilage Win sheared off.

Win’s recovery time was formidable: 12 weeks minimum. For Win, this seemed like an eternity.

Physical therapy was going to be a big part of his rehab and he decided to approach it as aggressively as he would approach a big game. VandenBerg told Win that most kids attended PT twice a week; Win asked if he could go three times a week. On his “off” days, Win sought out a Pilates class, and was the youngest student by far. At night, he wore a special brace designed to straighten his arm.

“Win was a really compliant patient, and that’s one of the reasons he’s had a good outcome,” says VandenBerg. “You focus on what can they do versus what they can’t do. You stay positive and know that there’s a long-term goal and some short-term goals in between.”

Gradually, Win got stronger. About halfway through, after a green light from VandenBerg, Win resumed baseball activities on a limited basis. His parents hired a special coach to teach Win how to pitch—a position he’d never tried before. Next, on a whim, Win decided to teach himself how to hit one-handed.

He was almost as good with one hand as he had been with two. In his first game back (one handed) with his little league team, Win hit the game-winning triple to send his squad to the playoffs. In the playoffs, Win hit a home run to help the team win the league championship.

He even ended up making the all-star team. During an all-star road game, he hit the longest home run anyone could remember at that ballpark, sending it into someone’s backyard, never to be found. He also hit multiple home runs to help his Manhattan Beach all-star team reach the final four of the California state championships. 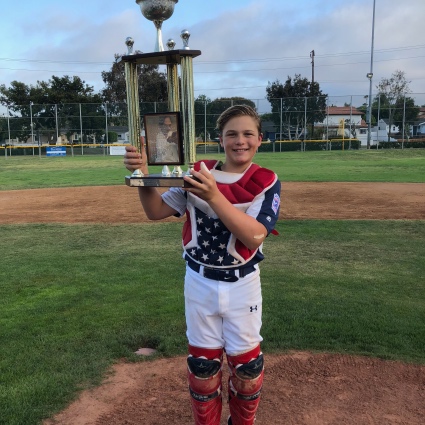 “There were so many moments for me when he got back to playing where I sat and watched him and just thought to myself, ‘I can’t believe we’re here after what those first few doctors told us,’” says Deirdre.

She noted that Win himself felt so appreciative that he saved some of his milestone baseballs to give to VandenBerg as thank-you gifts.

Win isn’t completely out of the woods yet—he needs to return to CHLA for regular MRIs and likely won’t be back to 100 percent for another year or so. Looking back on the entire experience, however, Win and his parents say they feel exceptionally lucky. Deirdre adds that her son is more well-rounded than ever before.

“This entire experience made Win a better teammate and better person,” Deirdre says. “The fact that CHLA has enabled him to continue pursuing his dreams is the best part of all.”