Program for Teen Parents Helps Zanadi Go for Her Goals 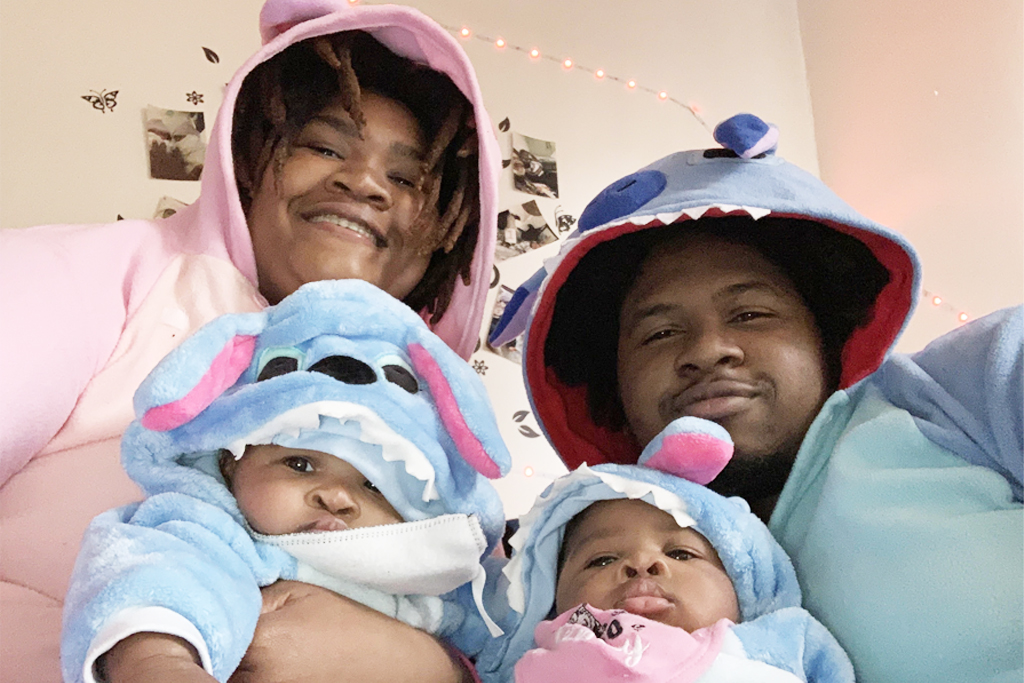 A young mom juggles twin girls and college with the support of the NATEEN Teen Parent Support Program at Children’s Hospital Los Angeles.

It seemed like nearly everyone in Zanadi’s life was telling her the same thing.

Take a break from college. Take a “gap year.” It will be too hard to keep your studies going; you can finish your degree later.

It was well-meaning advice. After all, Zanadi, then 19 and a sophomore at Mount St. Mary’s University in Los Angeles, had just learned she was pregnant—with twins. She was struggling financially, and though her boyfriend, Demonte, was by her side, she had little family support to rely on.

But while taking a year off college sounded like a good idea to other people—her therapist, administrators at her school, her grandmother—it didn’t sound good to Zanadi. In fact, it sounded terrible.

“Honestly, I got really stressed out,” she says. “I was already halfway through school; I wanted to finish. I knew that if I took a gap year, I would probably never go back.” 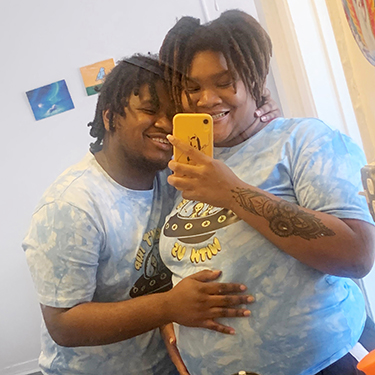 Demonte and Zanadi while pregnant.

Fortunately, there was one person who did not tell Zanadi to stop school: Soledad Quintanilla-Henriquez, her case manager at the NATEEN Teen Parent Support Program in the Division of Adolescent and Young Adult Medicine at Children’s Hospital Los Angeles.

Founded in 1985, the NATEEN Program helps expectant and parenting teens and young adults up to age 21 reach their goals and thrive through their journey. The team of social workers work with young people to identify their needs and connect them with resources for themselves and their babies—all in an affirming, welcoming and nonjudgmental space.

Zanadi was referred to NATEEN by a social worker in her OB-GYN’s office. When she met Quintanilla-Henriquez, she told her about the pressure she felt to take a break from school.

To her surprise, Quintanilla-Henriquez did not echo others’ advice.

“She was basically like, I didn’t have to do that if I didn’t want to,” Zanadi says. “She said that might be a good choice for some people, but not all people.”

In other words, it was up to her to decide. Zanadi felt her anxiety ease. And while she initially left her options open, as the birth of her babies neared in the summer of 2021, she was sure of her decision.

She enrolled for the fall semester. Somehow, some way, she would make it work.

Quintanilla-Henriquez has been a case manager with NATEEN for eight years. During that time, she’s guided youth as young as 12 through their pregnancies and parenthood.

“I’m so passionate about this program,” she says. “Many times, if not all the time, NATEEN is the only resource these young people have available to help them.”

“We let them know that their school does not have the right to kick them out because of their pregnancy,” Quintanilla-Henriquez says.

Another big focus for NATEEN: teaching self-care. “These young people often get overwhelmed by their new role as a parent,” she says. “We have a curriculum that teaches them mindfulness and how to step away from certain situations or de-escalate conflicts with a partner.”

The NATEEN Teen Parent Support Program, which is free and confidential, provides services for 60 to 100 youth per year. For Quintanilla-Henriquez, the best part is seeing these teens mature into young adults—and good parents.

“They come in saying, ‘My life is over,’ and by the time they leave the program they say, ‘I feel invincible. I graduated high school, I feel like I can do anything,’” she says. “It’s really rewarding to see that growth—to see them realize just how much they’re capable of.” 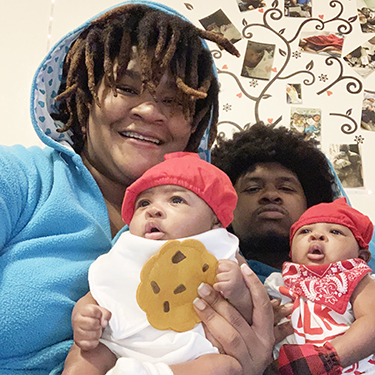 Zanadi and Demonte with their twin girls.

A baby is crying in the background, and Zanadi is shuffling around her apartment while on a Zoom call, gently shooing the dog from one of the girls’ beds.

Nothing about her journey has been easy. Even her pregnancy was rough—she had to go to the hospital on a couple of occasions for a threatened miscarriage. But she made it through, and her twins—Zaida and Zaraya—are healthy and nearing their first birthday.

NATEEN has been her main support system—providing her with car seats, baby carriers, diapers and other essential items. One time, she and Demonte were literally on their last diaper, with no money for more. Zanadi called Quintanilla-Henriquez, who promptly brought over two packs of diapers.

“I definitely appreciate all that NATEEN has done for me,” says Zanadi, now 21. “It’s helped a lot. It’s kind of lifted some of the weight off of us since we have two, and they need twice more of everything.”

She and Demonte have settled into a routine, with Demonte watching the girls in the morning before work to allow Zanadi a little extra sleep. She takes her classes online, fitting in her homework when the girls are napping and after she gets them to bed at night.

“I tried to [study] when they were awake, but they never let me!” Zanadi says, breaking into a big smile.

She lights up when talking about her girls. “They have completely different personalities,” she says. “Zaraya’s wild and all over the place, and she’s really silly so she likes to play. Zaida likes to play, too, but she’s a lot more laid back. It’s really fun learning what they like and what they don’t like.”

Still, it’s not easy to juggle motherhood, college and two part-time jobs—all while struggling financially. “I feel like I never make enough money because everything costs so much,” Zanadi says. “We’re basically, like, barely making it. But we’re making it.”

In May 2023, Zanadi will graduate from Mount St. Mary’s University with a bachelor’s degree in psychology. She is currently deciding whether to then pursue a master’s degree in social work or human resources.

“She is very determined and motivated,” says Quintanilla-Henriquez. “She is a go-getter, she doesn’t give up, she’s so resilient. She’s racing for that finish line. It’s impressive.”

A college degree is just one of Zanadi’s dreams. She has other goals for her future, too. NATEEN has helped her set those goals—and most importantly, map out the steps she needs to take to achieve them.

Her biggest goal, though, is to give her twins a better life than what she’s known so far.

Zanadi grew up in North Carolina and came to Los Angeles with her mom while in high school. She’s spent time in the foster care system, and now, her only birth family contact is with her dad and grandmother.

“I want their childhood to be a lot happier than mine was,” she explains. “I want them to know that they’re loved. I don’t want them to want for anything. I want to be able to give them what I didn’t have.”

The crying in the background has stopped. Zanadi reports that Zaraya is happily crawling on the floor, while Zaida has drifted off to sleep. Peace, for the moment, has prevailed.

“I always wanted to be a mom,” she says. “I’ve definitely been through a lot, but I’ve also learned new things and new ways of coping and planning. It has been stressful, but it has been really rewarding, too.”