Miguel Goes for His Goal 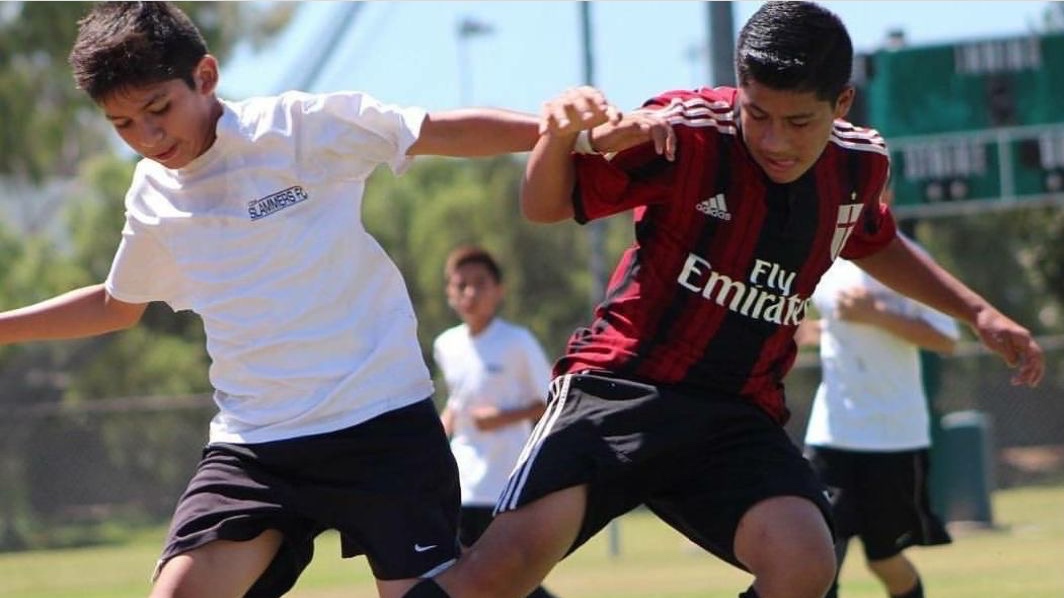 Miguel Torres is a 14-year-old center midfielder with a big dream: to one day play professional soccer.

“I love soccer. I like moving the ball around and having the ball at my feet,” the Gardena teen explains. “And I really like running.”

While a lot of kids love to run and dream of a career in pro sports, Miguel has a unique perspective. That’s because the soon-to-be ninth-grader knows what it’s like to not be able to run. Or walk. Or move his arms.

In his young life, Miguel has already been diagnosed with not one, not two, but three rare nerve disorders. Still, he keeps going for his goal. It’s not surprising that his mom calls him “el guerrero”—the warrior.

“My son is strong,” says his mom, Nelly Torres. “Every day, he wants to be better and better.”

Miguel’s troubles started on a spring afternoon in 2008. He remembers the day vividly. 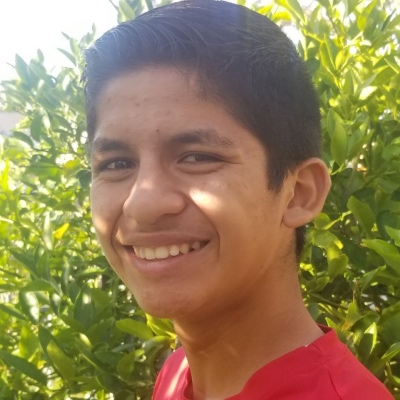 Then 5, he was running on the school playground with his best friend. As they raced back to the classroom, he fell and badly scraped his knee. That shouldn’t have been a big deal, but when his cousin picked him up from school, Miguel was in so much pain he couldn’t walk.

“We were walking to the house, and out of nowhere I would fall down,” he recounts. “I was telling him, ‘I can’t walk. I don’t have the power to walk.’”

He ended up being admitted to a local hospital, where he was diagnosed with Guillain-Barré syndrome (GBS). In GBS, the immune system attacks the peripheral nervous system—destroying or degrading the nerves’ protective myelin coating. The cause of GBS is unknown, but it can be life-threatening.

Miguel was treated with high-dose intravenous immunoglobin therapy (IVIG, a powerful antibody mixture). Initially, he worsened. His limbs became twisted and contorted and had to be heavily wrapped to keep his bones in place. He was in severe pain and had trouble breathing and eating.

But with the constant support of his parents, Miguel and Nelly Torres, he finally responded to the treatment. Recovery from GBS is slow, and after weeks in the hospital, he was transferred to an inpatient rehabilitation facility. At one particularly low point, a therapist’s assistant told Nelly that Miguel would never walk again. But the family refused to give up, with Nelly by her son’s side every day as he endured intense therapy.

After three months, he went home in a wheelchair. Slowly, painstakingly, he learned to walk again, and then run. By the time he was 8, he was playing soccer.

That should have been the happy end of the story. But Miguel had another battle ahead. 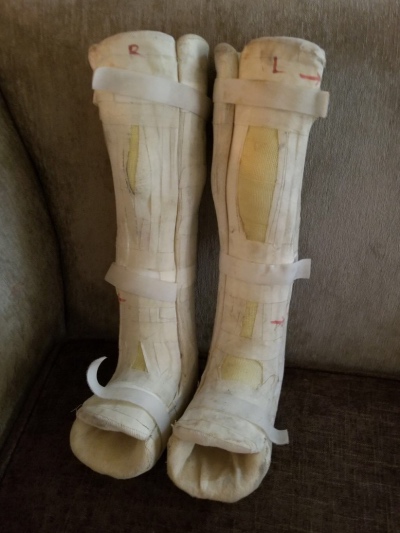 By then, Miguel was a competitive club soccer player. But he was having bouts of pain and mild weakness that mysteriously came and went. Sometimes he could play a whole soccer game with no problems. Other times, he’d wake up with pain and swelling in his legs or arms.

Ramos-Platt performed extensive tests on Miguel, including an electromyogram (a nerve conduction test) and an MRI of his peripheral nerves.

The results showed inflammation in Miguel’s nerve roots, as well as a nerve conduction block—areas where Miguel’s nerve signals mysteriously and abruptly dropped off.

“There are very few things that cause that kind of block,” Ramos-Platt notes.

The most likely culprit, given Miguel’s history and the inflammation in his peripheral nerves, was the chronic form of the GBS he’d had years earlier—a disorder called chronic inflammatory demyelinating polyneuropathy (CIDP).

Ramos-Platt, who is both a neurologist and a neurophysiologist, knew that certain hereditary disorders can also cause the kind of nerve conduction block that was showing up on Miguel’s tests. At her urging, Miguel underwent genetic testing.

Her suspicions proved correct. The tests revealed that Miguel had something called hereditary neuropathy with liability to pressure palsies (HNPP). HNPP results from a genetic mutation that weakens the myelin coating of peripheral nerve cells—making the nerves highly sensitive to pressure and more vulnerable to injury.

It’s unusual for kids to be diagnosed with HNPP; it’s a progressive disorder, so it is typically discovered in early adulthood. Unfortunately, there’s no cure or treatment.

Now that Miguel knows he has HNPP, he can take precautions to prevent nerve injury. In fact, right now Ramos-Platt is searching for a company to make a custom shin guard for Miguel to wear during soccer, so his life can stay as normal as possible despite his condition. 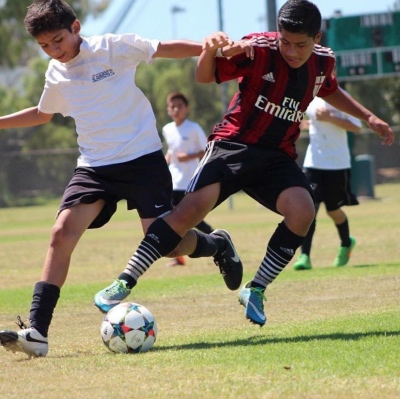 “He has to make sure he especially protects the areas where his nerve is shallow,” she explains. “If he got hit in the right area with the right force, his nerve could be shut down for a while.”

Today, Miguel feels better than he has in years. To manage his condition, he knows he has to stay active—but not overwork himself.

And watching Miguel on the soccer field, you’d never know he’s faced so much adversity. His mom, though, never forgets. When she sees him play, she can’t help herself: She starts to cry.

“Because I’m happy,” she explains. “Because I don’t believe my son [can] play like that. If you go back and remember all the history, it’s amazing.”