10 Years After a Freak Accident, Sydney Says ‘Thank You’ to her Hand Surgeon 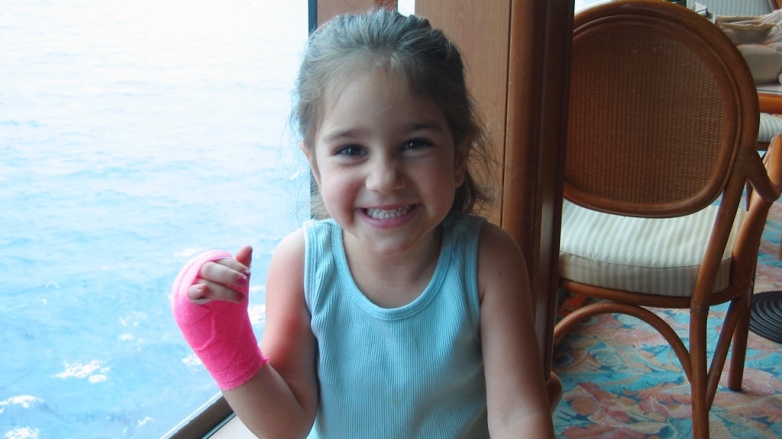 Have you ever found yourself thinking about someone who made a significant impact on your life? And have you wished that you could tell that person just how grateful you are?

Fourteen-year-old Sydney has had those thoughts many times over the years—especially when someone asks about the now-faint scar on her right hand. So on a recent evening at home, she decided to write the letter she’s always wanted to write.

“Dear Dr. Stevanovic,” she began, her fingers flying across the keyboard. “About 10 years ago, I got my right arm stuck in an elevator on a cruise ship …”

Sydney doesn’t actually remember the accident that almost changed her life forever. Her parents, though, remember it like it was yesterday.

It was an April day in 2007, and the family was just two hours into a long-anticipated seven-day cruise to the Mexican Riviera. The excited family—parents Meredith and Elan, Sydney, then 4, and Jack, then 1—filed into one of the ship’s elevators, headed up to the kids’ club.

When the elevator reached the next floor, its center-split doors began to open like a curtain, and an eager Sydney started to exit. But as she did, she placed her right hand on the elevator door—which was slowly retracting into the wall. 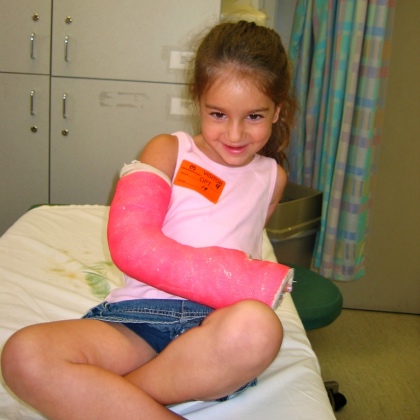 A second later, she started screaming.

Horrified, her parents realized that Sydney’s small hand had been sucked into the wall along with the retracting door. The door was now also stuck; it was caught on Sydney’s wedged hand.

“I couldn’t even see her hand,” remembers her dad. “My first reaction was that her hand had been amputated.”

Fortunately, Elan is a paramedic, trained and experienced at responding to emergencies. Instinctively, he put his foot up against the elevator door and pushed as hard as he could with his leg and his hands—attempting to “flex” the door and create a bigger opening. Meanwhile, Meredith desperately tried to wiggle Sydney’s hand free.

The cruise passengers around them looked on in shock. “It felt like an eternity,” Elan says. Really, it took about 20 seconds to set Sydney free.

The family rushed out of the elevator. Sydney’s hand was intact but bleeding badly. Elan swooped Sydney into his arms, and the family ran through the ship, straight to the infirmary.

‘This is an emergency’

At the infirmary, there was good news: X-rays revealed no broken bones. Sydney’s hand was stitched, and her forearm was wrapped in a bright pink bandage.

“It looks worse than it is,” the ship’s doctor told them. “She should regain full function of her hand in a day or two.”

Hugely relieved, the family continued with its vacation. By the next day, Sydney was running around almost as if nothing had happened—except that she couldn’t move her fingers or wrist. By the end of the cruise, Sydney still had no use of her right hand.

Back at their Los Angeles-area home, her concerned parents immediately took her to an orthopedic center, which set up an appointment with a general adult orthopedic surgeon.

Increasingly worried, Meredith called her mom, who urged her to find a pediatric specialist. Meredith then called Children’s Hospital Los Angeles and quickly got an appointment to see Milan Stevanovic, MD, PhD.

At the appointment, Stevanovic, an orthopedic surgeon who specializes in hand and upper extremity surgery and pediatrics, did not mince words: Sydney had multiple severed tendons in her hand. Tendons, once severed, start to shrivel up—making it difficult to reattach them. Sydney’s future hand function was at stake.

“He said, ‘This is an emergency,’” Meredith remembers. “‘Not only does she need surgery, she needs it as soon as possible.’”

Less than 48 hours later, Stevanovic was operating on Sydney’s hand at CHLA. Thankfully, he was able to reattach the five severed tendons without having to graft tendons from her foot.

Sydney spent the next six weeks in a cast that went from her fingertips up to her shoulder. Then she underwent a year and a half of intense physical therapy—first at CHLA and later with a hand specialist closer to the family’s home.

By the end of her therapy, Sydney had regained 95 percent of her hand function. Today, it’s 100 percent.

“My right hand is my dominant hand; I can do everything with it that a normal person would,” says Sydney. “I never have pain. It’s perfect.” 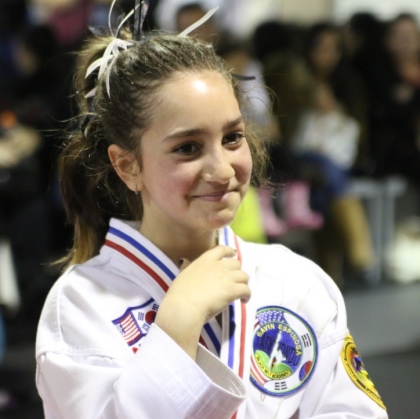 The exuberant, outgoing teen—now a high school freshman—has taken full advantage of her repaired hand. She holds a black belt in taekwondo, plays AYSO soccer (including goalie) and is looking forward to learning to play tennis.

She has never forgotten the surgeon who made it all possible.

“I wanted to write you because I never properly thanked you for doing such a great job,” she explained in her email to Stevanovic.

To her surprise, Stevanovic replied the next day.

“It really touched me that she sent me a letter thanking me all these years later,” he says. “It showed what a good person she is.”

Stevanovic is quick to also credit the rest of the Hand and Upper Extremity Surgery Program at CHLA, including Director Nina Lightdale-Miric, MD, for the hospital’s long success in treating complex hand injuries and disorders.

Although Sydney didn’t mention it in her letter, Stevanovic has inspired her in another way, too.

“My unrealistic career goal is to be a fashion designer, but I think I’m actually leaning toward being a doctor,” she says. “I think that’s a cool job. I want to help people, like Dr. Stevanovic helped me.”