Published on
May 19, 2020
Categories:
Health and Safety Tips, Essential Care 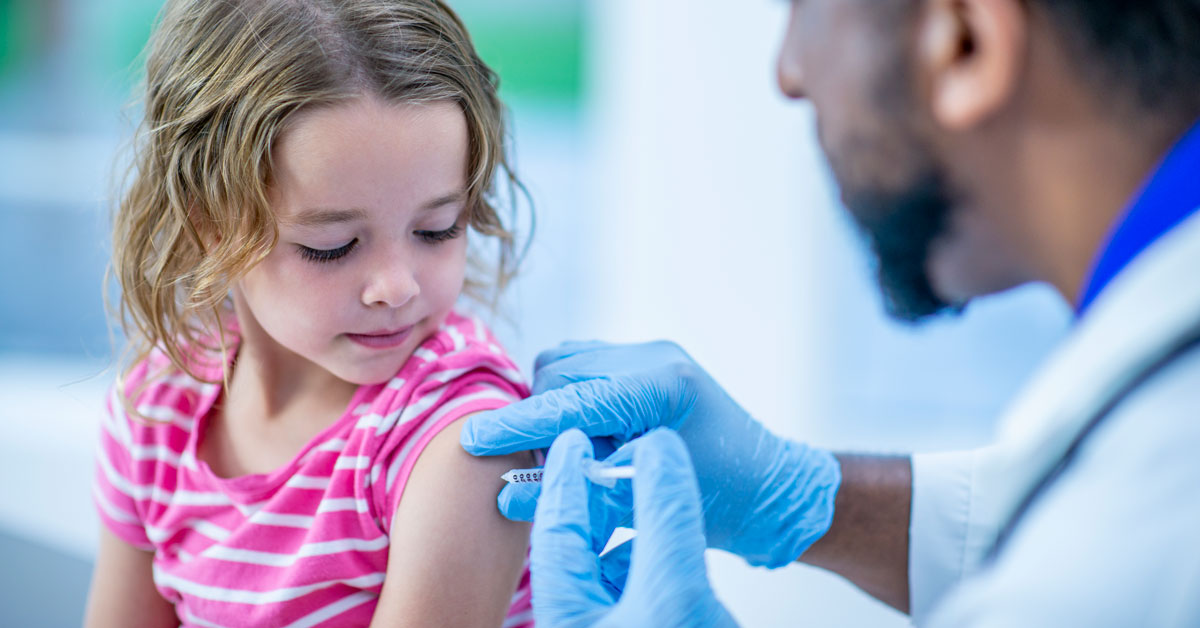 Keeping your child safe and healthy is a multifaceted priority for families, starting with the ride home from the hospital in a properly installed car seat. One of the most effective, lifelong protections families can provide is ensuring that children get all of their vaccinations on schedule.

The recommended schedule is designed to give infants and toddlers a healthy start in life by providing immunity before they are exposed to potentially life-threatening diseases like whooping cough (pertussis), chickenpox, polio, pneumonia, diphtheria and measles—all of which can cause serious illness and even death.

In this safer-at-home period, parents may be reluctant to stick to that schedule, but it’s more important than ever to stay on track with vaccinations in order to keep children safe from preventable diseases.

“The timing is aligned with a child’s growing immune system to optimize their well-being,” says Dr. Patel, director of Clinical Ambulatory Operations at Children’s Hospital.

For all children, maintain an up-to-date immunization record and bring it to doctor’s office visits. (Patients at Children’s Hospital Los Angeles can view their vaccination record using the MyChildren’sLA Patient Portal.) If you do miss a routine vaccination or fall behind schedule, talk to your child’s doctor. The CDC and AAP have developed “catch-up” schedules to keep your child on track. 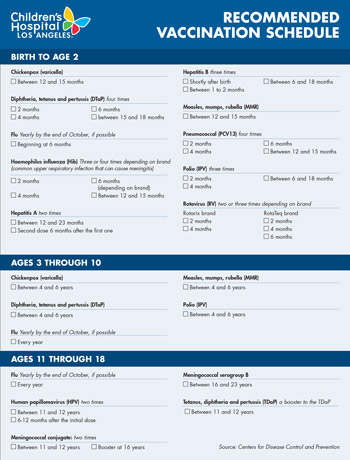