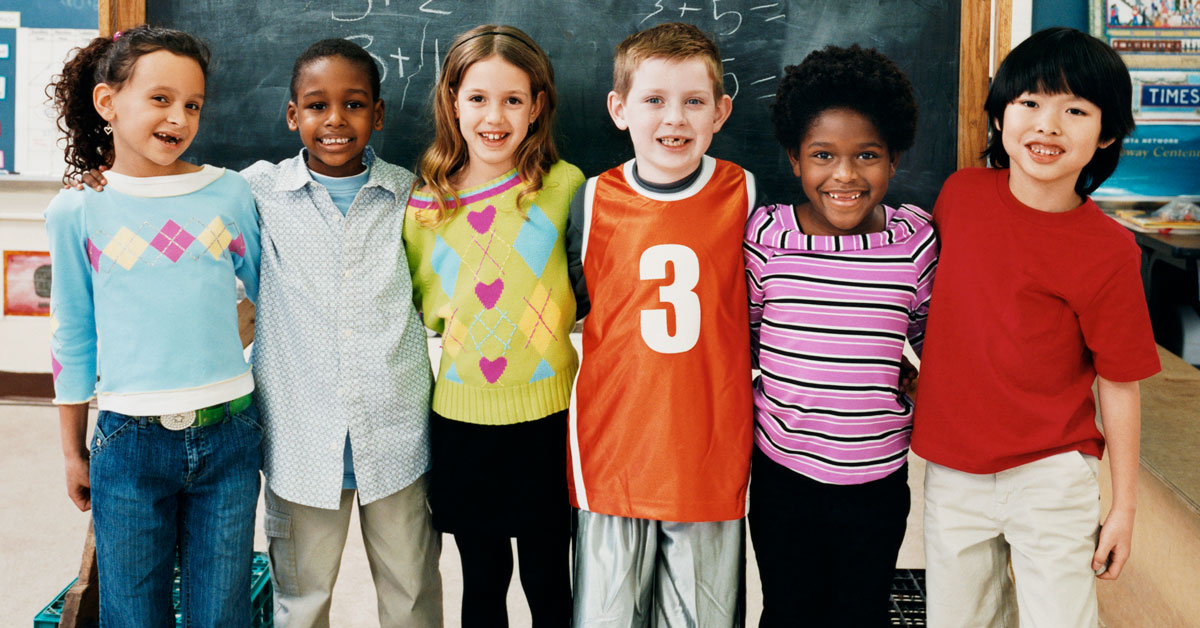 Don’t be afraid to talk about race, even with young kids, and lead by example, says CHLA pediatrician Ashaunta Anderson, MD.

Every parent wants the very best for their children: a safe home, great education, a bright future. But creating a better world—one where every child, regardless of his or her racial, ethnic or cultural background, can thrive—will require change.

Across the country, as thousands of people take to the streets to protest racial inequality, and conversations about social injustice become more open and honest, parents can play a huge role in shaping a generation that isn’t just tolerant of others but embraces them.

“Racism and racial bias are so insidious, it’s like the air that we breathe,” says Ashaunta Anderson, MD, MPH, MSHS, FAAP, a pediatrician and health services researcher at Children’s Hospital Los Angeles, who has served as a member of American Academy of Pediatrics’ Task Force on Addressing Bias and Discrimination. “Our solution for it needs to be just as pervasive.”

Here are three ways to help children deal with racism, dismiss stereotypes and avoid adopting racial biases as they grow.

“Children are never too young to talk about race, especially if you do it in a way that shows the benefits of diversity to our society,” says Dr. Anderson. “When they’re young, it’s better to focus on things that are appropriate for their developmental level, so you can start by acknowledging that racial differences do exist and talk about the fact that people are different, whether according to their race or ethnicity of other parts of their cultural background.”

There are things parents can do even earlier, too. Pre-verbal children, Dr. Anderson notes, are observant and absorb their surroundings. Whether it’s books, photographs or artwork on the walls, what you have in your home and what your children are exposed to at an early age give them their first education about what race means in your household.

As kids become older and encounter situations where they or their friends experience racial bias, this will be the time to have a deeper discussion about the history leading up to this point, the status of race relations in the country and how they can also contribute to making sure there is more balanced treatment for all groups of people.

For tips on how to talk about racism with your children, check out Dr. Anderson’s advice in this blog post.

“It’s important for parents to reflect on what their own cultural, racial or ethnic background may be and to confront their own bias,” says Dr. Anderson, who is also an Assistant Professor of Pediatrics at the Keck School of Medicine of USC. “That way you can be a better role model for your child.”

Dr. Anderson notes there are several ways parents can do this, including taking implicit bias assessments online that can pinpoint any biases you might unconsciously hold. She recommends Harvard’s Implicit Association Test  as a helpful tool to assess your views about others and any stereotypes associated with them.

“Kids are with their parents and their families a lot of the time, and they’re watching us and picking up on every mannerism, every utterance, every conversation we have with them and with others,” adds Dr. Anderson. “Because of this, it is of great importance that the people we have in our lives, especially people we consider our close circle of friends, are diverse.”

Encouraging your children to make friends with kids who may not look like them and exposing them to different cultural experiences from a young age can also be immensely beneficial.

“If you’re invited to a Jewish seder, do you go? Or if you’re invited to a quinceañera, do you go to that? Are we participating in the cultural lives of others in our community in a way that’s meaningful?” says Dr. Anderson. “I think that’s ultimately the example that sets our children up to truly be allies and to be anti-racist.”

After identifying any racial biases you might have, it’s crucial to not do what racial socialization researchers call “promotion of mistrust”—that is, teaching your children to not trust certain racial or ethnic groups. “Not surprisingly, this has been tied to poor outcomes,” says Dr. Anderson.

Instead, you can help children challenge racial stereotypes by being kind when you interact with people of all backgrounds. Traveling and exposing kids to other communities can also show them that diversity exists in the world, which may not always be represented where they live.

By raising children who have an understanding of and appreciation for people from different walks of life, “They’re less likely to end up with thoughts or behaviors based on racial stereotypes later on.”