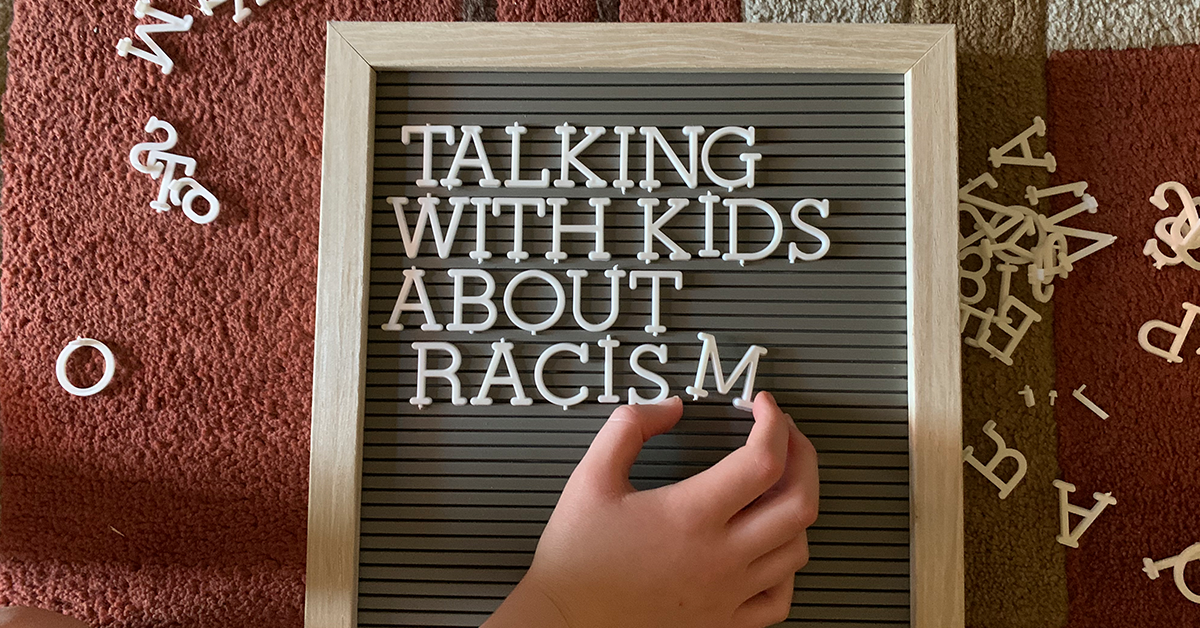 The conversations might be difficult, but they are necessary, says CHLA pediatrician Ashaunta Anderson, MD. And it’s never too early to start the discussions.

Children are inquisitive and absorb so much of what they see and hear. Whether they’ve watched the protests on the news or learned about them from their friends and social media, they’ll likely have questions.

But talking to children about racism can be daunting. How much should you discuss? How young is too young? What if you don’t have all the answers? Pediatrician and health services researcher Ashaunta Anderson, MD, MPH, MSHS, FAAP, is a Fellow with the American Academy of Pediatrics who has served as a member of organization’s Task Force on Addressing Bias and Discrimination. She says it’s never too early to talk to kids about race.

In fact, a baby’s brain can notice race-based differences before a child’s first birthday—as soon as 6 months. Studies show that by 4 years old, children can internalize racial bias, and by the time they’re 12, many kids can become set in their beliefs.

Here, Dr. Anderson provides an age-by-age guide for navigating these discussions in a developmentally appropriate way. As a first step, she recommends parents do a few key things:

This is the age where children start becoming curious and may notice they don’t look like their peers. Begin having initial conversations about everything they’re seeing in the world, including why people have different skin tones or hair.

“Children in this phase can be concrete and literal,” says Dr. Anderson. “It’s good to talk with them on that level and to keep it very easy for them to grasp, leaving some of the complex, more political and ideological discussions out.”

Children’s literature can be an invaluable resource to help with these discussions. Dr. Anderson, who is a mom of two young children, likes to fill the bookshelves in her home with stories that showcase diverse characters and books that touch on a variety of topics, such as Black History Month or Lunar New Year.

“I rely on comforting images. Books are a really great tool to be able to talk about issues, be it racial identity, how people interact with each other and how you can be kind, whether it’s someone new at school or someone who’s different because of their cultural, racial or ethnic background,” she says.

Common Sense Media and EmbraceRace are two great resources for parents to find books, articles and movies that help kids learn about diversity and equality.

Once children are in larger classrooms and interacting with peers, racial differences will become more apparent. Now is the time to talk about diversity and begin “cultural pride reinforcement”—a strategy that focuses on helping kids feel good about who they are and has been associated with better mental and behavioral health outcomes. Continuing to read books about different groups of people, as well as attending cultural events or trying new food can also help children to understand and embrace differences in society.

Dr. Anderson recommends keeping things positive until children begin to experience racial bias themselves. When this happens, parents should open the dialogue about racism and explain how some people are treated unfairly because of who they are or the color of their skin. By being honest, your kids will see you as a trusted source of information on this topic and will know to turn to you with questions.

This strategy, called “preparation for bias,” should always be coupled with hope. Statements such as, “In our family, we believe everyone should be treated the same” and reassuring them that you will do everything you can to make sure they’re protected, provides a sense of reassurance and safety.

For kids in this age group who don’t find themselves the object of bias, this is an opportunity to talk to them about being an ally and how to stand up for friends or classmates who are being treated poorly because of their background. “It’s important for kids to not feel helpless, and feel like there is something they can do,” says Dr. Anderson.

The older children get, the harder it is to keep them shielded from the harsh reality of racism. Growing up in a digital age, teens have likely come across disturbing, racially-charged videos online, so it’s essential to discuss exactly what they have seen and how those images made them feel. This could also lead to broader conversations about the status of racial relations in the country, what that means for their lives and what they envision for the future.

“With adolescents, you have individuals who can participate in shaping and changing their own communities,” says Dr. Anderson. “You can help encourage them to explore what their interests are, whether it’s campaigning, lobbying or volunteering, to be involved in a way that’s active in being part of the solution to the problem.”

“Instead of a one-time discussion,” she adds, “it should be a series of discussions and check-ins.”

It’s OK to not have all the answers

“As parents, there are a lot of difficult things that we at some point have to broach with our children,” says Dr. Anderson. So what should you do if your child asks a question you don’t know how to answer?

For young kids who are in the “why” stage, Dr. Anderson says it’s likely not simply factual knowledge they’re seeking. A lot of times they ask the same questions because they have a feeling about something. Try to get to the root of those emotions—is your child worried, are they sad?—and address those issues.

Regardless of your kid’s age, and even though you may not have all the answers, providing comfort and hope is one of the best things you can do as a parent. Let them know they don’t have to figure everything out on their own. “And together,” says Dr. Anderson, “the two of you can do your part to make a better world for everyone.”