The George Donnell Society for Pediatric Scientists is dedicated to improving the health of children by training pediatric physician scientists to perform innovative and high quality research. The Society includes pediatric residents, subspecialty fellows, and faculty who are interested in performing pediatric research. It provides mentorship, infrastructure and a community for pediatric scientists in training.

George “Nino” Donnell, MD, was Physician-in-Chief and Chair of Pediatrics at Children’s Hospital Los Angeles from 1971 through 1984. Dr. Donnell’s commitment to the teaching and mentorship of pediatricians, as well as his numerous clinical and scientific achievements, has shaped a generation of pediatric physicians and scientists at Children’s Hospital Los Angeles. The George Donnell Society will honor his contributions by continuing to train the best pediatric physician scientists. 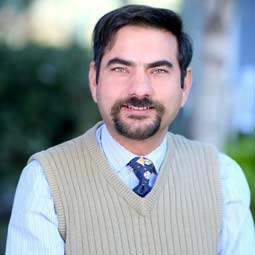 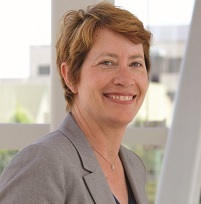 Following her undergraduate career, Dr. Haladyna was employed in the lab of Scott Armstrong, MD, PhD at Boston Children’s Hospital training in leukemia mouse models and normal hematopoietic assays. She continued this research at Children’s Hospital Colorado in the lab of Kathrin Bernt, MD using in vitro assays, murine transplants, and genome-wide methods to further explore molecular mechanisms of childhood leukemia. Here, she was involved in several projects including 1. small molecule inhibition of an epigenetic modifier (DOT1L) as a therapy for fusion protein-driven AML, 2. mechanisms of cell resistance to the DOT1L inhibitor, and 3. therapeutic potential of a membrane ion channel (Trpm2) in AML.

In medical school, Dr. Haladyna joined the lab of Jeffrey Toretsky, MD exploring mechanisms of action for a novel therapeutic agent used in the treatment of Ewing Sarcoma. This experience helped to improve her proficiency in proteomic techniques and cell-cycle analysis.

Dr. Haladyna will pursue a fellowship in Hematology-Oncology with long-term aims in drug development and translational research. She looks forward to a well-rounded pediatric residency experience followed by rich collaboration at The Saban Research Institute developing critical thinking and project development skills for a research-immersed career in childhood leukemia. 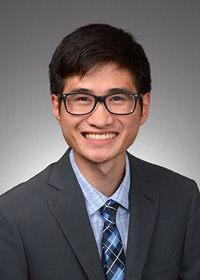 As an undergraduate, Dr. Wei was involved in research at Lurie Children’s Hospital of Chicago investigating primary hyperoxaluria, a rare pediatric kidney disease. Then at the Germany Hyperoxaluria Center in Bonn, Germany, he helped develop a clinical assay using IC/MS for the detection of hydroxy-oxo-glutarate (HOG), a metabolite found in patients with primary hyperoxaluria type III.

In medical school, Dr. Wei joined the Jin Lab at Northwestern University, a laboratory focusing on biochemistry/immunology. He contributed to a number of projects resulting in publications: developing personalized peptide arrays to detect HLA alloantibodies in kidney transplantation, investigating oxidative stress in preeclampsia and placental angiogenesis, and researching the effects of post-translational modifications of nuclear antigens in lupus.

Dr. Wei plans on pursuing a career in pediatric critical care, with a research interest in the body’s immune response in critical states, such as in acute respiratory distress syndrome and sepsis. He finds caring for medically complex patients and families a rewarding experience. He looks forward to collaborating with faculty at The Saban Research Institute to better understand and identify therapeutics that modulate the immune system during critical illness. 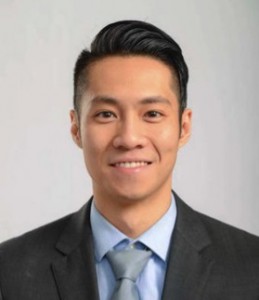 During his undergraduate training in Cell and Molecular Biology at the University of California, San Diego, Dr. Kuo was involved with basic biochemical research for three years investigating the role of specific proteins (MMP2/9) in breast cancer metastases. He developed basic technical skills in performing genotyping, breeding and project development. After college, he was involved with clinical trials, particularly assisting staff physicians in the assessment of concomitant medication, adverse events and quality assurance.

Dr. Kuo looks forward to developing clinical training during his pediatric residency. He plans to pursue a fellowship in Hematology-Oncology and envisions working closely with a mentor to perform prospective clinical research and conduct bench research/biochemical research in molecular targets and immunotherapies for osteosarcoma.

Dr. Nickels received his medical degree from the University of Chicago Pritzker School of Medicine.  He developed an interest in oncology as an undergraduate majoring in genetics. In medical school, Dr. Nickels was drawn to research in the area of familial cancers, in particular, hereditary forms of leukemia.

Dr. Nickels will continue to hone his clinical skills during pediatric residency.  He is interested in further training in pediatric Hematology-Oncology, and plans to pursue research while maintaining and developing significant patient relationships. He envisions a career where he is able to maintain a dynamic interaction between clinical management of patients and work in the laboratory.