Improving the evidence base for inpatient care provided to children with medical complexity, including but not limited to:

Our study team is driven by a talented group of research staff and collaborating sites who address translational, clinical and health services research projects. We are committed to improving the quality of evidence in the inpatient health care provided to children with medical complexity.

While finding relatively few patient factors are associated with risk for first CSF shunt infection, we have learned that implementing a standardized surgical protocol reduced CSF shunt infection rates. The team is now pursuing the effectiveness of intrathecal antibiotics and antibiotic impregnated shunt catheters in preventing post-surgical CSF shunt infection. A grant to investigate this question using the PHIS+ database (PHIS+ Shunt Infection Prevention) is being supported through a R01 grant from the National Institute of Neurological Disorders and Stroke.

Our team’s subsequent translational line of inquiry has focused on the microbial environment of CSF shunt infections. With new collaborators, we have described wide bacterial and fungal diversity in the CSF of children with CSF shunt infections, and are actively investigating the presence of biofilms on shunt apparatus. A grant to characterize the CSF microbiota across the time course of shunted hydrocephalus (Cerebrospinal FLuId MicroBiota in Shunts Study or CLIMB) is being supported through an R01 grant from the National Institutes of Neurological Disorders and Stroke.

Additionally, the team’s health service research focus is on improving the quality of care provided to children with medical complexity in the inpatient setting. It is critical to accurately identify this vulnerable population of children to study and better understand where evidence gaps exist in their care and to inform the development of interventions to improve their care. 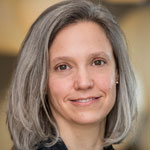 Joaquin Vega completed his undergraduate work at California Baptist University in Riverside, California. He works collaboratively with the research teams on the PHIS+ Shunt Infection Prevention and CLIMB clinical studies of children with hydrocephalus. Joaquin is interested in improving the quality of care for children with medical complexities and serving communities where healthcare resources are not readily available. He enjoys working with the diverse communities CHLA serves and hopes to assist these families by participating in the research projects in the Simon Lab. 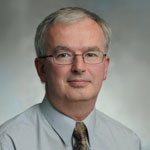 Dr. Hodor is responsible for the bioinformatics analysis of data from the microbiota project, as well as for progress reporting for team projects. He has a longstanding interest in deriving knowledge from data in the life sciences. His current interests are in developing computational tools based on big data technologies and the reconstruction of microbial genomes from clinical samples. Past focus areas include building scalable solutions for the storage of human genomic data and machine learning models and biomarker discovery for pharmaceutical research.

Shailly Pandey, BA
Shailly Pandey is a current fourth year medical student at the University of Washington School of Medicine. She has been working with the Simon lab for the last four years as a study lead for Aim 1 of the CLIMB study. She has worked with other members of the lab to organize, analyze, and evaluate data that aims to characterize the microbiota present in the cerebrospinal fluid of children with hydrocephalus at the time of first surgical intervention. Ms. Pandey is an aspiring internal medicine resident.

Evan Heller, BS
Evan Heller completed his undergraduate degree at the University of Utah, where he collaboratively supports the Simon lab with the PHIS+ Shunt Infection Prevention study. He assists in the collection of essential data elements, cleaning and verifying the integrity of collected data, and managing communications with the local institutional review board. He is currently the study lead for Aim 2.2 of the PHIS+ Shunt Infection Prevention study. His research interests include improving care for children with common and uncommon infectious diseases, as well as accelerating the translation of research to bedside practice.

Stacey Podkovik, DO
Stacey Podkovik is a 6th year neurosurgery resident at Riverside University Health System who is planning on pursuing a fellowship in pediatric neurosurgery. He completed his undergraduate education at the University of Illinois at Urbana-Champaign, followed by medical school at Lake Erie College of Osteopathic Medicine. He became part of the Simon Lab in 2021 after completing his pediatric neurosurgery rotation at Children’s Hospital Los Angeles. He currently is a study lead for Aims 1.1 and 1.2 of the PHIS+ Shunt Infection Prevention study, where he offers a neurosurgical perspective on shunt practices and pathologies. His professional interests include pediatric brain tumors, craniofacial abnormalities, and of course, hydrocephalus (any pediatric neurosurgeon’s favorite).

Sabrina Sedano, BS
Sabrina Sedano completed her undergraduate studies at the University of California, Riverside. She joined the Simon Lab in 2020 and worked collaboratively with the research teams on the PHIS+ Shunt Infection Prevention and CLIMB clinical studies of children with hydrocephalus. During her time in the Simon Lab, she worked closely with families participating in the research projects, oversaw data workflow and archiving, as well as assisted in grant preparation and submissions. Sabrina has recently matriculated to the UCSF School of Medicine where she will be part of the PRIME-US cohort. She is interested in helping improve the quality of care for children with medical complexities and promoting research among marginalized communities.

If you and your research team are interested in using the PHIS+ data please email your request to tsimon@chla.usc.edu. Please include the institution you are affiliated with as well as your contact information.

If you and your research team are interested in using our biospecimens repository please email your request to CSFMicrobiota@chla.usc.edu. Please include the institution you are affiliated with as well as your contact information

Six-Year-Old Moira is One of the Sickest People in America. So Why is North Carolina trying to Gut Her Health Care?