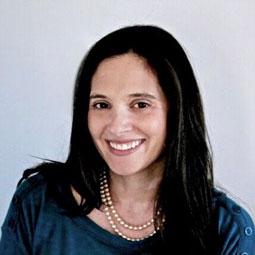 Cori Cross is a board certified pediatrician at Children’s Hospital Los Angeles (CHLA) where she completed both her internship and residency training.

Dr. Cross is a member of the National AAP’s Council on Communications and Media (COCM) and has served two terms on the Executive Committee. She was a lead author on the AAP’s “Media Use in School-Aged Children and Adolescents” as well as the accompanying technical report “Children and Adolescents and Digital Media.” This has led to her partnering with Common Sense Media locally to give panel discussions on Screens and Children and nationally to develop resources for pediatricians to address these issues in their offices. In 2017, she won an Outstanding Achievement in Innovation Award from the AAP for her work in creating the Family Media Use Plan toolkit on HealthyChildren.org.

In addition, she is an AAP spokesperson. As such she does media interviews on behalf of the AAP. She is a repeat medical expert on both CNN’s Headline News Network and Los Angles’ CBS news, and a regular guest on RadioMD’s Healthy Children.

She has been an active member of the local AAP’s California Chapter2 (CA-2) for 10 years, both as a Member-at-Large and most recently as Treasurer. During this time, she co-created the Fit to Play and Learn Obesity Prevention Curriculum that is now taught in many LAUSD schools. In 2017, she was awarded the Associated Administrators of Los Angeles (AALA) Community Volunteer Award for her continued work with LA-USD to combat childhood obesity.

University of Medicine and Dentistry of New Jersey - MD

2017 - She received the Outstanding Achievement in Innovation Award from the AAP for her work in creating the Family Media Use Plan toolkit on HealthyChildren.org.
5/17/17 – She was recognized by the Associated Administrators of Los Angeles for years of dedicated service to the students of LAUSD through volunteer work in the schools and with LAUSD nursing staff.
9/2015 - Was awarded the Special Achievement Award for Obesity Prevention by the AAP - for her Fit to Play and Learn Curriculum