Investigators found that many common psychiatric disorders are deeply connected on a genetic level, sharing specific genetic risk factors, underscoring the need to recognize shared dimensions of brain dysfunction, and develop new treatment strategies. Results of this investigation have been published in the June 22, 2018 issue of the journal, Science.

Classification of brain disorders has evolved over the last century. Researchers in the current global study — named the Brainstorm Project — used recently developed methods of heritability analysis to accurately measure the correlation of common genetic variation across neurological and psychiatric disorders, and behavioral-cognitive traits. The results demonstrate substantial overlaps in genetic risk for psychiatric disorders, but not neurological disorders. 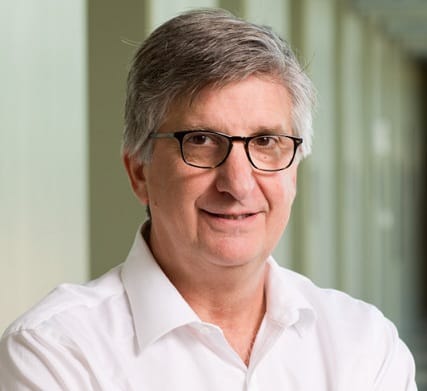 "Refining the classification of psychiatric disorders, which affect 1 in 6 adults, by relating the dimensions of disrupted function to their genetic underpinnings will be important for improving treatments," said Pat Levitt, PhD, the Simms/Mann Chair in Developmental Neurogenetics, incoming Chief Scientific Officer and Director of The Saban Research Institute of Children’s Hospital Los Angeles.

Levitt is among the authors of the Brainstorm paper, titled, "Analysis of Shared Heritability in Common Disorders of the Brain," which involved investigators from across the U.S., the United Kingdom, Australia and Asia.

The researchers quantified the degree of overlap for genetic risk factors of 25 common brain disorders — more than had been studied previously — based on genome-wide association of common genetic variation for 215,683 patients and 657,164 controls, as well as 17 dimensions of brain function – the observable characteristics (called phenotypes) – from nearly 1.2 million individuals.

The study found that certain psychiatric disorders shared a similar genetic foundation, with the strongest links between ADHD, bipolar disorder, major depressive disorder (MDD) and schizophrenia. Some disorders — such as MDD and anxiety disorders — had significant correlations, which could suggest related genetic risk for expressing the disorder, researchers said.

The study also looked at the role of certain behavioral-cognitive functional dimensions. Of great interest was that the results suggest a link between cognitive performance in early life and genetic risk for both psychiatric and neurological brain disorders.

"We need studies that determine the factors influencing the way in which shared genetic risk for different psychiatric disorders can lead to disruption of different brain functions. One possibility is that different environmental contributions during development interact with shared genetic risk that result in specific diagnoses," said Levitt, who is also the WM Keck Provost Professor in Neurogenetics at the Keck School of Medicine of USC.

The study was supported in part by grants 1RO1MH10764901 and 5U01MH09443203 and the Orion Farmos Research Foundation, the Fannie and John Hertz Foundation and the Simms/Mann Institute.

Children's Hospital Los Angeles has been ranked the top children's hospital in California and sixth in the nation for clinical excellence by the prestigious U.S. News & World Report Honor Roll. The Saban Research Institute at CHLA is one of the largest and most productive pediatric research facilities in the United States. CHLA also is one of America's premier teaching hospitals through its affiliation since 1932 with the Keck School of Medicine of the University of Southern California. For more, visit CHLA.org, the childhealth blog (CHLA.org/blog) and the research blog (ResearCHLABlog.org).