Examining the Effects of the Overuse of Antibiotics

When your child is sick, it’s easy to get caught up in running to urgent care and pleading with the doctor to fix her with antibiotics. Although it is difficult to overstate the benefits that penicillin and other antibiotics have played in treating bacterial infections, preventing the spread of disease and minimizing serious complications of disease, antibiotic medications can’t cure everything. Read on to find out when they help and when they don’t.

Antibiotics 101 for Bacterial Infections (Not Viruses) 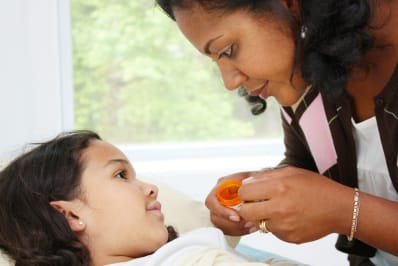 To understand how antibiotics work, it helps to know about the two major types of germs that can make people sick: bacteria and viruses. Antibiotics do not fight viruses that cause infections like colds, flu, most sore throats, bronchitis and many sinus and ear infections. Instead, symptom relief might be the best treatment option for viral infections.

Although certain bacteria and viruses cause diseases with similar symptoms, the ways these two organisms multiply and spread illness are different. Bacteria are living organisms existing as single cells. Bacteria are everywhere and most don't cause any harm; in some cases they are beneficial. But some bacteria are harmful and can cause illness by invading the human body, multiplying and interfering with normal bodily processes.

Antibiotics are effective against bacteria because they work to kill these living organisms by stopping their growth and reproduction. Viruses, on the other hand, are not alive and cannot exist on their own; they are particles containing genetic material wrapped in a protein coat. Viruses "live," grow and reproduce only after they've invaded other living cells. Some viruses may be fought off by the body's immune system before they cause illness, but others (colds, for example) must simply run their course.

There are a number of reasons that doctors (and patients) should think twice before rushing to use antibiotics.

Because the majority of common colds are viral, using antibiotics to treat them does nothing to stop the infection and can create unwanted side effects. Still, studies have shown that half of antibiotics prescribed for children are for upper respiratory infections associated with the common cold.

A recent study shows that children given antibiotics for routine upper respiratory infections are more susceptible to aggressive antibiotic-resistant strains of the bacteria clostridium difficile, commonly known as C-diff. This bacteria, found in the human gut, can cause severe diarrhea and is responsible for 250,000 infections in hospitalized patients and 14,000 deaths every year among children and adults.

2. Antibiotics can upset sensitive gut flora or wipe out the body’s good bacteria.

Your intestines contain around 100 trillion bacteria of various strains. While some can be deadly, there’s a natural balance in the gut that can be thrown out of whack by antibiotics. Good bacteria in the gut, known as gut flora, help people in many ways, including helping make vitamins, boosting immunity and supporting proper digestion. Some researchers think that killing them off with antibiotics may be contributing to rises in chronic health conditions such as obesity, asthma and cancer. Aggressive antibiotics, while helpful if you have a serious infection, can also wipe out many good gut bacteria while leaving those immune to antibiotics to flourish. 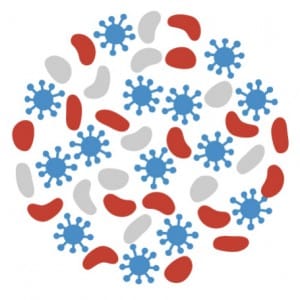 Bacteria have evolved defenses against antibiotics through the process of horizontal gene transfer. Essentially, bacteria don’t need to reproduce to pass along their genetic protection from antibiotics. They can simply pass along these genes to fellow bacteria like students passing notes in a classroom.
The overuse of antibiotics can lead to bacteria developing resistance to a drug by either learning to protect itself from the drug, or neutralizing the drug. Any bacterium that survives an antibiotic treatment can then multiply and pass on its resistant properties, or transfer the drug-resistant properties to other bacteria. When a certain strain of bacteria develops this type of defense against the antibiotic, those bacteria are said to be antibiotic-resistant. As a result, drugs that were used as standard treatments for bacterial infections are now less effective or don't work at all.
In closing, taking antibiotics for viral infections such as colds, flu, most sore throats, bronchitis and many sinus or ear infections will not cure the infection or keep other people from getting sick, and it will not help you or your child feel better. Unfortunately, though, many people don’t understand this; they think antibiotics are a magical cure-all when they or their children are feeling bad.
This is a major problem, because there are many countries where it is possible to buy these drugs over the counter. It is even possible to buy antibiotics over the Internet right here in the USA. This is only adding to overuse and misuse of antibiotics, and is becoming a key factor contributing to antibiotic resistance.
Doctors and hospitals play a role in ensuring proper use of antibiotics, and in minimizing the development of antibiotic resistance. We can also help by getting back to basic treatments such as rest, fluids and in some cases over-the-counter products such as decongestants and pain relievers. Decongestants are a type of medication that could help clear up sinus and head congestion. They work by narrowing the blood vessels in the nose, decreasing swelling and inflammation allowing more air to flow and mucus to drain. These may be the best treatment option against infections—especially viral infections.
For more on antibiotics vs. viruses, read this chart from the Center for Disease Control.

Cuddling Does Kids (and Parents) Good