After 15 years as a respiratory therapist, 14 years of pediatric nursing and having raised two teenagers, I have become very familiar with decoding a cough. It’s always distressing to hear your little one cough, especially in the middle of the night. Still, as common as this wintertime symptom is, it’s helpful to know that it often sounds worse than it is.

Cough is one of the most important defenses against respiratory tract illness. During respiratory tract infections, mucus is secreted into the airways as part of the response to infection; cough helps to clear this. Coughs also provide valuable clues about your child’s illness.

In infants over 3 months of age, a stuffy and runny nose is not a major issue. It’s easy for little noses to become congested because there isn’t much space there. There are over 200 different cold viruses, and your baby doesn’t have any immunity to them until they pick them up. The average adult has between two and four colds a year. Just imagine how many of those your sensitive baby can develop!

A runny nose doesn’t always mean a cold, however. Discovering that the snot coming out of your baby’s nose is a rainbow of colors can cause a lot of nervousness. But in the winter, your baby’s nose tries to protect itself when you go out into the cold air. It creates more mucus to keep their nose moist and clear of particles.

What to do for your child:

When to be worried about your child:

If your child's cough and stuffy nose persist for more than 10 days without improving, see your doctor. Your little one could have asthma, allergies or even enlarged adenoids, which inhibit breathing. Older kids could have sinusitis (a bacterial infection that's often brought on by a cold). In the winter, if an infant is coughing terribly, it could be respiratory syncytial virus (RSV), a dangerous viral infection for infants. These are all reasons to seek medical advice immediately from your child’s physician.

No parent wants to wake up to a stuffy, uncomfortable baby, but it happens more often than a lot of parents care to admit. Whether it’s the result of a cold, allergies, or an entirely different cause, baby congestion can make both you and your baby miserable. Children younger than 4 months don't cough much, so if they do, it may be serious. Once your child is older than age 1, coughs are less alarming. In most cases, chances are your baby's cough is nothing more than a cold. 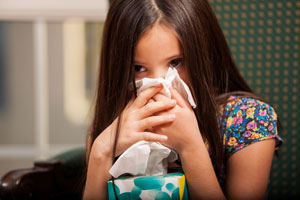 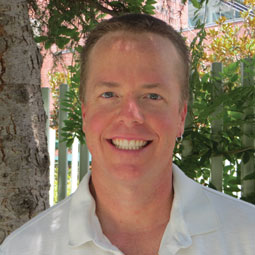 I have a passion for infant safety and enjoy working in the Steven & Alexandra Cohen Foundation Newborn and Infant Critical Care Unit at Children's Hospital Los Angeles.