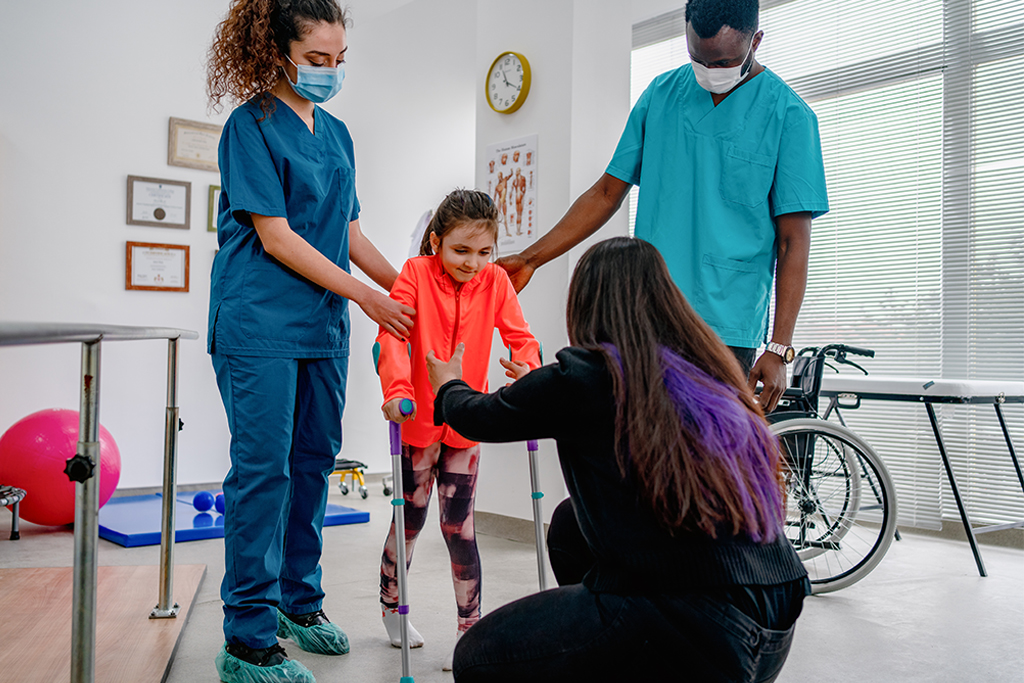 Gait lab study finds a persistent change in pelvic position—and a way to help predict which children are at risk.

Hamstring lengthening has traditionally been the standard of care for children with cerebral palsy who have flexed knee gait, also called crouch gait. But while the surgery can help to improve static and dynamic knee extension, the procedure has limitations—and some potential downsides. 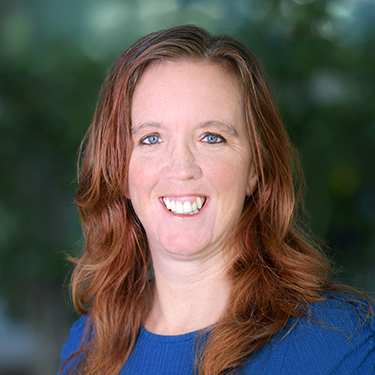 Recently, researchers from the John C. Wilson, Jr., Motion and Sports Analysis Lab at Children’s Hospital Los Angeles investigated one of those possible impacts: the risk of an increased anterior pelvic tilt, which can potentially lead to lower back pain.

The team found that children with cerebral palsy who undergo hamstring lengthening not only are likely to experience this greater forward pelvic tilt, but this change also persists over time.

The study, led by Alison Hanson, PT, MSPT, OCS, was presented at the Gait and Clinical Movement Analysis Society conference in June, where it was a finalist for the prestigious Best Clinical Paper award.

“We looked at this question in different ways, at different timepoints and in different categories of patients,” says Hanson, a Physical Therapist III in the Motion and Sports Analysis Lab. “What we found was across the board: If you lengthen the hamstrings, the pelvis will tilt forward, and it stays that way. It’s a consistent pattern.”

The retrospective study took advantage of long-term data from the Motion and Sports Analysis Lab, part of the Jackie and Gene Autry Orthopedic Center at Children’s Hospital Los Angeles. Established in 1992, the lab is one of fewer than 20 accredited pediatric gait labs in the nation.

Researchers looked at the average increase in forward pelvic tilt among 44 children with cerebral palsy who had undergone hamstring lengthening. All children had been examined in the Motion and Sports Analysis Lab at least three times—once before surgery and at least twice after surgery.

The study found that:

“Increased anterior pelvic tilt is not a normal pattern in children with cerebral palsy,” Hanson notes. “When this tilt changes for these kids, it’s because of an intervention.”

The change in pelvic position was also statistically significant. While that doesn’t mean every child will have back pain, previous research has shown that for every one degree of increase in forward pelvic tilt, a patient’s risk of lower back pain goes up by 3%.

“When performing hamstring lengthening, surgeons try to maintain pelvic tilt,” Hanson says. “According to our study, maintenance of pelvic position may not be feasible.”

So how can surgeons know which children will end up with a more problematic pelvic position? The team has found a way to help predict this through pre-operative dynamic hamstring length modeling.

This modeling, which uses state-of-the-art 3D motion capture technology in the Motion and Sports Analysis Lab, measures a child’s dynamic hamstring length—how long the hamstring is while walking. The team found that this dynamic modeling data is 80% correlated with a child’s pelvic angle.

“If the dynamic hamstring length is long, the child will have a greater anterior pelvic tilt,” Hanson explains. “If you then make their hamstrings longer, the child will have an even greater forward tilt and could be more at risk for negative effects. Thus, looking at these models in a gait lab can help determine the necessity of hamstring lengthening and how that might affect their pelvic position after surgery.” 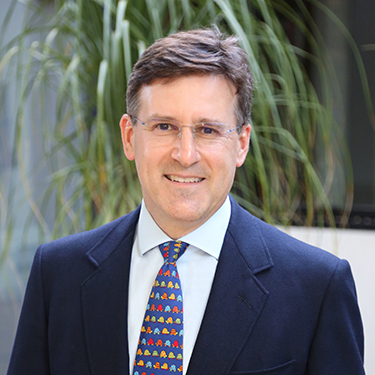 Robert M. Kay, MD, Director of the Orthopedic Center and senior author of the study, notes that there are multiple options for fixing flexed knee gait in children with cerebral palsy.

“We know that hamstring lengthening is helpful in many children, but it’s critical that we are identifying the patients who are the best candidates for this surgery,” he says. “Computerized motion analysis with hamstring modeling data enhances our decision-making process.”

The researchers are now analyzing anterior pelvic tilt change after other types of surgeries to correct flexed knee gait. When choosing which procedure is best, Dr. Kay stresses that surgeons must assess multiple factors.

“Correction of crouch gait in these children also often requires correction of lever arm dysfunction,” he says. “In addition, bone surgery at the knee, such as with anterior distal femoral hemiepiphysiodesis or extension osteotomy, may be needed in older children with fixed knee flexion deformity.”

Tishya Wren, PhD, a biomedical engineer and Director of Research for the Orthopedic Center, was a contributing author on the study.

Learn more about the Motion and Sports Analysis Lab.