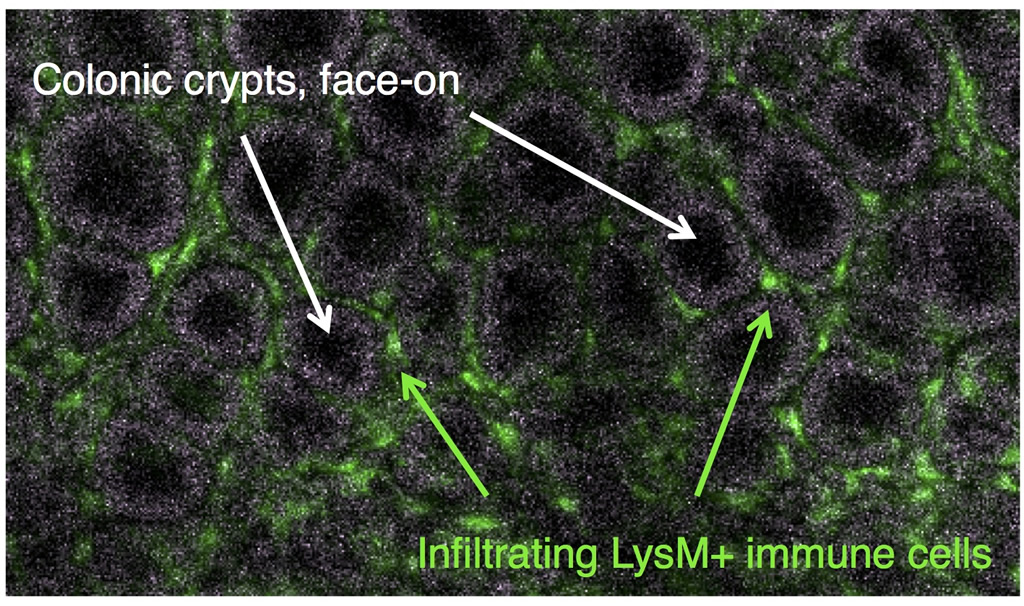 Inflammatory Bowel Disease (IBD) is a debilitating, incurable condition affecting approximately 1.5 million patients in the USA, with annual health care costs of more than $6 billion. The precise causes of IBD are still poorly understood, but evidence-based research has shown that the disease’s pathology involves an uncontrolled inflammatory response that damages the lining of the intestine.

Reducing the level of inflammation in patients with IBD is an obvious means to improve health of the intestinal lining and prevent occurrence of disease symptoms. However, current anti-inflammatory treatments such as steroids and biologics do not work in all patients, can cause serious side effects, and often stop working after a time. Thus, researchers at The Saban Research Institute of Children’s Hospital Los Angeles are on the hunt to discover new therapeutic targets in order to improve care.

Mark R. Frey, PhD is the principal investigator of a new study searching for novel ways to treat IBD. His project, which was recently awarded a Senior Research Award grant from the Crohn’s and Colitis Foundation of America, targets the immune cell type called the macrophage.

“We’re trying to alter the balance of cells that drive and regulate immune responses,” explained Frey. “Since macrophages are central to the pathology of IBD, identification of mechanisms to modify their activity could lead to new, effective treatments.”

Frey’s laboratory is focused on restraining the pro-inflammatory activity of macrophages by activating a protein called ErbB4. Preliminary studies showed that levels of ErbB4 are increased on macrophages during inflammation, and suggested that activation of ErbB4 may have anti-inflammatory effects. The lab plans to test the hypothesis that ErbB4 can be activated to limit inflammatory macrophages. If they can demonstrate that ErbB4 can function as an inflammation-limiting signal, then it could have significant promise as a therapeutic target for those suffering from IBD.