What is middle ear fluid and how can this impact my child?

Middle ear fluid versus an ear infection: What’s the difference?

An ear infection (also known as acute otitis media) is an active infection that often presents with symptoms (such as ear pain, fever, inflammation) and requires medical treatment.

How common is ear fluid in children? 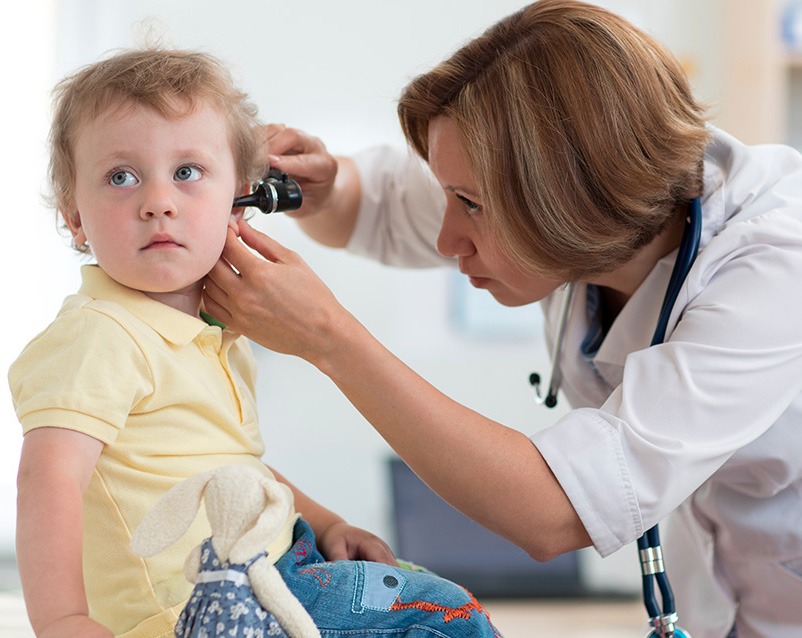 Approximately 90% of children have ear fluid before they reach school age; however, it often goes undetected.

After an ear infection has cleared, many kids will have fluid that can remain for weeks at a time and can sometimes become re-infected.

What are the signs that my child has ear fluid?

Many times your child may show no signs or symptoms.

When should I do something about my child’s ear fluid?

The first step is to see a pediatrician.

If your child fails a hearing screening at the pediatrician’s office and/or school, they may be referred to an audiologist.

If fluid is present for more than three months and does not go away on its own, this is usually considered a chronic problem and you should ask for a referral to an ear, nose and throat (ENT) specialist.

How is ear fluid treated?

What are ear tubes for kids?

What happens if ear fluid is left untreated? Your child could experience:

Kids may be more at risk for developing ear fluid if they:

Kids may also be at risk if they have certain medical conditions, such as: