Eliana Puts Her Dancing Shoes Back On

It seems like the magic of the moment sweeps up Eliana, unannounced, at key instances in her life. Last year it happened at the Children’s Hospital Los Angeles Gala, when she was brought onstage by none other than musician, producer and music mogul Pharrell Williams, who ceded the spotlight to the 9-year-old— a sweet encounter that eventually led to Eliana gaining nationwide fame when she was welcomed onto “The Ellen DeGeneres Show.” 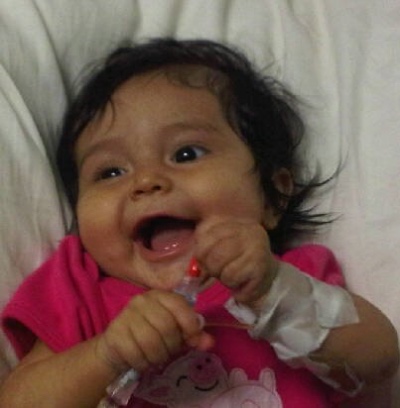 And then there was the time when Eliana wasn’t on the stage but in the audience, smiling silently—she couldn’t speak yet—as an impromptu troupe of CHLA nurses danced and serenaded her, hoping the healing power of music would help a little girl who’d been fighting for her life almost since the day she was born.

Eliana had a stroke at the tender age of 4 ½ months, which doctors determined was caused by a malignant brain tumor.

Though she had already faced a potentially fatal brain cancer before she was even half a year old, Eliana had always kept up a positive attitude—and never stopped chasing that magic she found in every performance.

“Ellie’s always loved the stage—she lights up when she’s onstage,” says Eliana’s mother, Samantha. “At 2 ½, she’d go from sleeping in her stroller to performing flamenco onstage, and dance with a smile on her face. We’ve always had dance parties in our house, and when stuff gets tough, she gets a 30-second dance break.”

Years of treatments finally made a difference, and in 2016, doctors decided she’d likely beaten the cancer and could lead a mostly normal life.

“She was doing ballet, just being a normal kid,” says Girish Dhall, MD, director of the Neuro-oncology Program at Children’s Hospital Los Angeles and one of Eliana’s doctors since she was a baby.

But disaster struck that November.

“On Thanksgiving in 2016, she turned blue and started frothing at the mouth,” Samantha recalls. “She went into a coma.”

It turned out that fluid had built up inside Eliana’s skull (called hydrocephalus) and was pressing on her brain, causing a number of complications that now threatened her life. Her heart stopped, her lungs stopped, and she was put on a ventilator. Doctors told the family that it was only a matter of time.

“We were told she had hours left,” Samantha says.

But Eliana hung on. In December, she woke up and opened her eyes in the CHLA Pediatric Intensive Care Unit—but had lost the ability to talk or swallow. She was going to have to learn to control her most basic functions all over again.

“They taught her how to sit up again, how to move her head, how to stand,” Samantha says.

Most importantly, the nurses at CHLA reminded Eliana to take joy in life again, hanging out with her, painting her nails and finding something special to do for her every day. Knowing just how much she loved music and dancing, all the nurses on the floor practiced a routine that they performed for her for the Christmas she had to spend in the unit.

“All the nurses played ‘All I Want for Christmas’ by Mariah Carey,” Eliana says. “I couldn’t talk, so I put my hands on my ears, like, ‘Louder, you guys! I can’t hear you!’ And they danced and they sang, and I shimmied in my bed because I still couldn’t walk.” 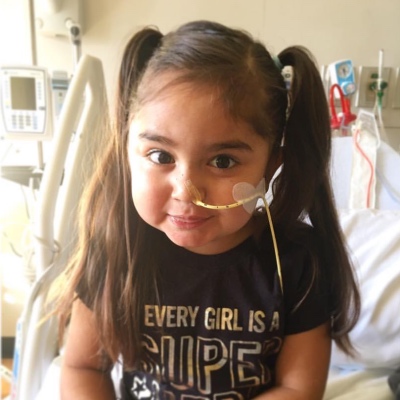 “I don’t think people really understand the gravity of the trials she has gone through,” Samantha says. “It’s really been a long struggle, and she’s a little kid. But the doctors have been so willing to go above and beyond even when they didn’t have the answers themselves. It’s been a huge part of why Ellie’s been doing so well.”

Eliana had survived, but there was still hard work to be done: 13 specialists, seven or eight appointments every week, constant trips to L.A. from Santa Barbara, months of slow and painful rehabilitation, getting around while bound to a wheelchair, having to spit into a can, and taking every meal through a gastronomy tube. But worst of all, Eliana had to give up dancing—no more flamenco classes, no more dance breaks. Just learning to walk again.

“I’m always in awe of her positivity and how she views life,” says Dr. Dhall. “She never lost her sense of humor, even through the toughest of times. Even when she wasn’t able to speak, we would joke around and she would smile and give a thumbs up.”

“Dr. Dhall? We have a very close, close, close connection with each other,” Eliana says, sounding more like a millennial than a 9-year-old.

In October 2018, she’d recovered enough to accept a special invite to “From Paris With Love,” CHLA’s biennial gala, and Samantha just knew her daughter had to attend.

“It was Paris-themed,” she says. “My daughter’s favorite wish is to go to Paris and see the Eiffel Tower, so we accepted and said yes. They really took care of us and made it super magical.”

But the magic had just begun. Eliana and her mother walked the red carpet and Eliana did her own red-carpet interview, was “beyond excited” to meet Jimmy Kimmel, Samantha says—and got to sit at a table right up front by the stage.

During his performance, Pharrell took a pause from singing, the room fell silent—and a small voice rang out: “I love you, Pharrell!”

Then Pharrell turned to Eliana and said, “I love you, too.”

“She was on cloud nine,” Samantha says. “And she was like, ‘I want to touch his hand one more time.’ But when she did that, he grabbed her hand to lift her up, and someone behind me lifted her up and she said, ‘It was like an angel lifted me up.’ And there she was onstage, looking like, ‘I’m on stage! What do I do?’”

At this point, of course, Eliana hadn’t danced for over two years, but it came back to her, with Pharrell’s help.

“I didn’t really know how or what I was doing,” she says. “I was just trying to follow his lead and all the pretty girls at the back of the stage dancing behind Pharrell and me. I was like, dancing with them! It was amazing and magical!” 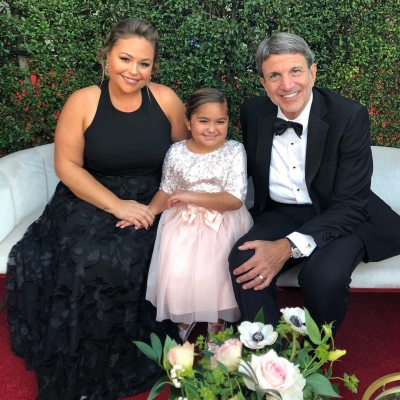 “They were just dancing and dancing, and I was just crying,” Samantha says.

When the song was over, Eliana, out of breath, asked to take the microphone.

After the gala, word of the touching moment spread, and Eliana appeared on news shows and was even reunited for another dance-off with Pharrell on “The Ellen DeGeneres Show.” She’s walking now—and occasionally dancing, again.

“The tumor is inactive as of now—the shunt for the hydrocephalus has fully managed it; her heart has recovered for the most part, and her lungs are doing great,” Samantha says. “She’s off all but one medication now. If you didn’t know her story, you would have no idea looking at her what she’s been through.”

Eliana’s also decided what she wants to be when she grows up: a doctor or nurse who helps babies and children.

“She wants to take care of kids when she grows up because of what she’s been through,” Samantha says.